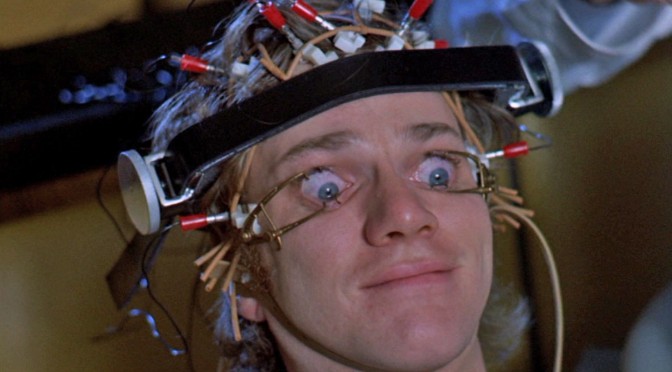 So, it’s a bit of time into NaNoWriMo and, if I’m familiar with the community as much as I think I am – a lot of you have fallen behind. Generally, I don’t know anyone who hasn’t fallen behind at least once over the course of a NaNoWriMo. It even happens to the professional and semi-professional writers I know. So for those of you who have, fear not, many of us have done it and you’re far from alone. As for those of you who haven’t – well aren’t you just perfect?

Seriously though, keeping up on your word count can be a challenging task and a lot of us end up psyching ourselves out by saying it’s somehow harder for us than for others. It feels strange, when you think about it, that the NaNoWriMo challenge is only 50,000 words when Stephen King insists every writer should hit 2,000 a day. If we were keeping up with Stephen then no one would lose. But a lot of us struggle to get beyond 1,667 words a day (the average that people need to hit to do it in November) and it’s usually for the same damn reason…

We Need To Focus, Damn It 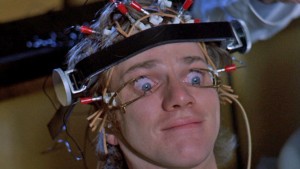 The challenge of NaNoWriMo often feels like a massive one to the average writer. Even a lot of seasoned writers only strive for a thousand words a day, so the idea of doing 50,000 in a month means you’re almost working double time. It’s more than understandable that a lot of people find their progress may not be living up to their expectations. Inertia is a hell of a thing and it’s hard to pick up the momentum. 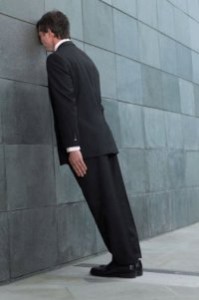 Don’t fret, however, because one of the things that needs to be said is that the challenge of NaNoWriMo is not physical, or even mental, but rather emotional. Emotion plays a heavy part in everything you’re doing right now and most people don’t stop to put that in perspective. Mentally, you know what you’re going to write and you know how to make it sound (and it’s a first draft, so who cares if it isn’t perfect right off the bat). Physically, most of us are capable of typing at least 60 wpm and usually much more. If you do the math you’d find that a really focused writer should be able to churn out at least 3,600 words in a single hour. Say you did that an hour a day, you’d be done with your NaNo challenge in 2 weeks.

The answer is exactly the thing you often find yourself fighting with, I’m sure. After a bit of time, it’s hard to keep yourself in that tunnel vision that you need to write for a solid hour straight. You’re going to stop to think, or you’re going to start to worry about whether or not it sounds right. With every stroke of the key you’re challenging yourself, deep down, not to look back at what you just wrote. Unfortunately for you, we tend to lose that fight. We start to psyche ourselves out and tell ourselves the challenge is much bigger than it is or, worse, that it just takes too much energy so we’ll just “wait for inspiration”. How you feel tends to get in the way of how you behave. 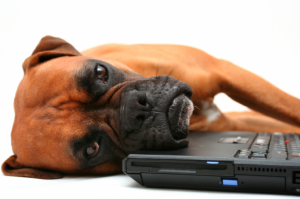 But what if I told you that you just read over 500 words from the start of the post to right now? It’s not a whole lot, is it? In fact, it’s kind of tiny by comparison to some of the things you’ve likely read in a single sitting. And it takes a relatively short amount of time to write it too. Do you think you could get enough energy to jot down something that size in the margins of your day? Three to four chunks that size would hit your goal. Broken down like that, it doesn’t seem monumental at all, does it?

So the real issue is just convincing yourself to focus long enough to make that happen. A lot of people would say about now that it’s a mental game, a need for discipline, but you’ll note that I’ve been using “emotional” and “mental” as two different things. The reason is simple but profound – a lot of emotion is physical too.

When you really stop to think about what breaks your focus, a lot of it is physical. Not comfortable? I have to move around. Hungry? Oh god, I need to eat. Thirsty? Why did we decide to live in a desert? It’s a constant battle between wanting to focus on your work and your body finding every single way it can to get out of it. I would say it’s like another brain at play, but no, it’s still that first brain just being a dick to you when you don’t want it to be.

Combined with the distractions of your thinking half like boredom, loneliness, and stress – you’re never going to actually get what you want done. It is just way too easy to slip into bad habits and procrastinate. We have to constantly fight our need for instant gratification and comfort thanks to that bitch evolution. It’s usually a losing battle, too. Our whole lives are full of much easier ways to make us feel better and we’re wired to take the path of least resistance more often than not.

One of the things you’ll notice in a lot of anecdotes is how many of these “productive” people get off to an early start. The old saying about early bird catching the worm generally makes it sound like the only useful hours are in the morning. However, that’s actually flipping cause and effect. I don’t know about you, but when I’m up early in the morning I tend to be exhausted and feeling like a zombie. That guy shambling the halls and contemplating cracking someone’s skull open like a coconut? He’s not going to get any writing done. He barely understands English. 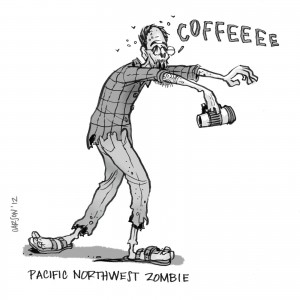 But morning people have one thing in common that often gets overlooked by everyone not a morning person themselves. It’s not that the morning hours are more productive just by the nature of mornings. The secret to their chipper, cheerful, want to punch them in the face, out of control energy is that they’re well rested. A morning person wakes up in morning because that’s when their body has decided they’ve had enough sleep. The rest of us? We’re less morning people and more “afternoon” people. Some of us are even  fully nocturnal. I can’t tell you how much more vitalized I feel once that flaming tyrant we call the sun finally sets and gets out of my eyes. It’s like someone finally said the last words of that necromancy spell. 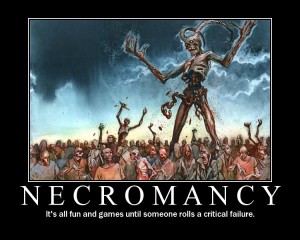 So a big part of figuring out how to become focused is figuring out that time when you have the most energy. Maybe that’s not the most opportune time of the day, some of us start feeling more lively while in the middle of that job we hate. But if you take a quick power nap at the very next available opportunity, you may just put yourself back into that rested state at the moment it’s needed. A lot of productivity experts have been pointing out lately that a quick nap in the middle of the day increases productivity at work for almost all professions. A short rest-stop recharges the batteries just enough for you to temporarily forget that you wanted to be a rockstar instead of an accountant and the same holds true for writing too.

Another thing is to make sure you’re not hungry. Though you don’t always realize it, a lot of how you think will change greatly based on whether or not you’ve recently eaten. Shopping on an empty stomach is notoriously bad, as is doing anything that requires even the slightest amount of patience, but writing? No one really thinks about it. Hunger makes you think about food and thinking about food tends to only help your writing if you happen to be writing about food too. So unless you’re writing a cookbook, make sure you’ve had a snack. Even Snickers commercials will tell you this, and they really don’t need to tell you to eat candy, our brains are wired to already want it. 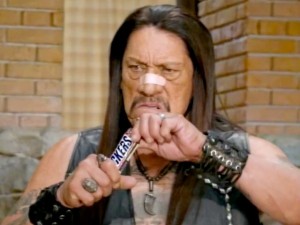 And that brings us to the last major physical obstacle: getting comfortable. Some people actually go out of their way to make themselves uncomfortable for the task to avoid slipping off to sleep. A rested person wouldn’t have this problem, however, and could just get comfortable and not worry about losing their energy in the middle of a sentence. Rested, fed, and comfortable people are people who can do almost anything. Even boredom tends to be less severe if you have these three things and boredom is practically a physical force of the universe. 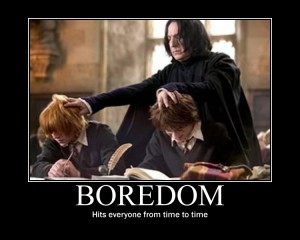 It can feel like there aren’t enough hours of the day for you to slip in a quick snack and a nap before you start working on your daily word goal. There’s a pressure in our society to not rest until certain designated hours that will often get in the way while your body is desperately trying to drag you down. But what if you let go of that pressure and took a moment to just get that out of the way before you start? Which is more productive? An hour of rested, fed, comfortable writing while giving it your all – or four hours of writing while hungry, tired, and cranky? Generally, it’s that rested hour and you’ll find few people who get a different result.

Mentally, once you have this out of the way, making that hour count is going to require that you make a couple of decisions right off the top. First, if you’re stressed, let it go. Worrying about something isn’t going to make that thing go away no matter how hard you think about it. What it will do is make sure that you don’t get anything done and that’s going to actually make you more stressed out later when you start thinking about how you failed. Secondly, distractions have got to go. What is and isn’t a distraction is entirely up to you and your life experience, but you know what distracts you the most when you’re supposed to be focusing. I’m not telling you to cut it out of your life for long, either, just for an hour.

These adjustments might not get you three thousand words in an hour like some sort of productivity wizard. But if you’re struggling then it’s sure to at least give you a better result than you’ve been getting to date. A little adjustment, a temporary one, can go a long way and push you towards something that felt overwhelming at first. If you can get yourself in the right mindset, focus, and take it a little at a time, you’ll find yourself catching up faster than you realize.

This is all to say that if you are behind right now, except for some extreme examples, it’s still well within your reach. If you’ve been keeping at it, even if you haven’t hit your goal every day, you’re still capable of rallying and pulling it off. Being at peace and being comfortable will generally put you in a place you never realized you could reach. I even knew a guy who once wrote 8,000 words in a single day, every day, for the better part of the week. He was fueled on caffeine, snacked constantly, and figured out that his sweet spot for writing was after midnight when everyone else in the world was asleep and he was still wide awake.

And someday I might adjust and become a morning person, but that midnight high is just too sweet.

(I write novels. You can go bug me on twitter to see if I’m really up after midnight, but I assure you, you will find me there.)