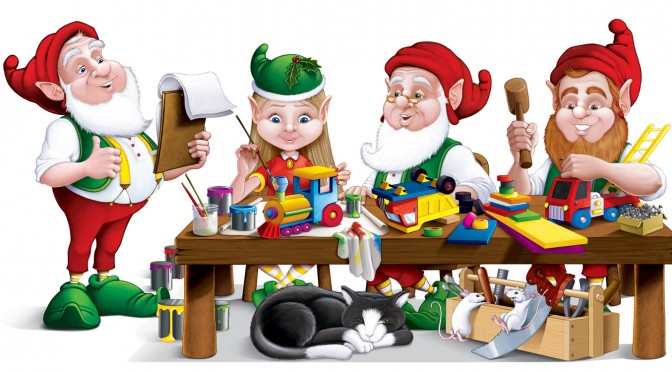 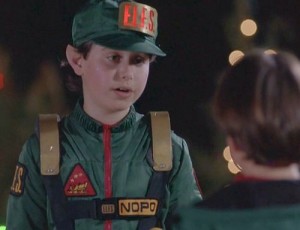 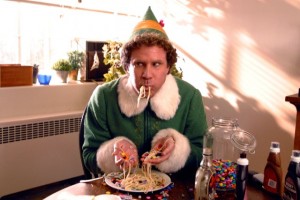 But the question is: are things as innocent as they appear? 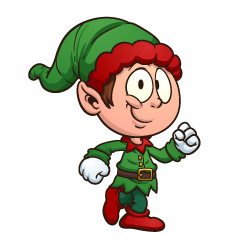 Short in stature and childlike in appearance, Christmas Elves share much of the traits you would associate with the likes of Brownies and Gnomes. Often considered immortal, it not uncommon for Christmas Elves to be depicted as ageless and eternally child-like. Sometimes this even goes as far as being able to pass themselves off as children all together.

However, this is not always the case. There have been times known when the Christmas Elves would appear to be smaller versions of the Santa Claus archetype with beards and rosy cheeks resembling that of their boss. These versions, appearing more Dwarf-like, are generally found in the more modern depictions rather than the older traditions. 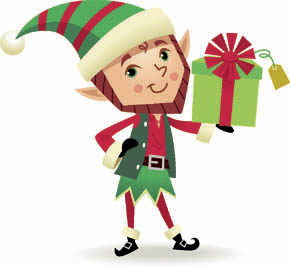 In either case, one of the staples of their appearance is that the Christmas Elves are almost universally dressed in the colors of the holiday. Wearing red and green almost exclusively in many cases, Christmas Elves are constantly living with the holiday spirit throughout the year. Few examples exist of Elves being dressed in something that couldn’t be considered appropriate for Christmas itself, regardless of the time of the year, and generally the times when it does occur are when they are trying to blend in with outsiders.

In essence, whether young or old, the Christmas Elves generally represent the timeless and constant nature of the Christmas Spirit… 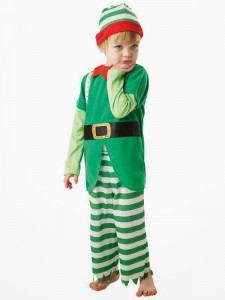 Because they have no other choice.

The contradiction of being either ageless or elderly in nature is due to the fact that the term “Christmas Elves” represents a collection of several related races. These races include the likes of Gnomes, Dwarves, Brownies, and the Christmas Elf subrace itself. Each of these races come to the role through various methods but the most common are conscription, contract, or birth. Those who sport beards such as Gnomes and Dwarves are generally outside contractors with greater freedom of movement while the younger-looking Brownies and Elves tend to have been forced into the role as prisoners, inmates, or slave labor of past generations.

The tradition of Krampus kidnapping children was not for the creature’s lunch, as stated in many traditions, but rather to man the factories of Santa – a sinister figure usurping the role and likeness of Saint Nicholas for his own means. The same held true for Zwarte Piet, who was also said to ferry away naughty children to be taken to far away lands by boat. In both of these cases, the truth was that Santa had forced the child-like Brownies and others like them into working in his factories. 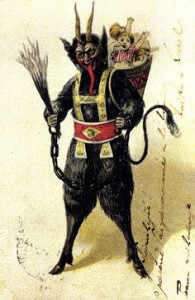 Over time, selectively breeding his captives over the centuries, many members of the Brownie race evolved to become the Christmas Elves. A distant relative to Elves stemming from the Gnome subset of Alters through Brownies, Christmas Elves are bred for greater resistance to cold, higher problem solving skills, and nimble hands required for fine tuning. Their cheerful and youthful appearance is also engineered, maintaining a positive image in case any should stumble on Santa’s sweat shops. This is also in part why they wear the Christmas colors, as the bright uniforms they are given maintain the illusion of a positive working environment. The choice of colors themselves are inspired by Gnome society – where bright colors are used in subterranean colonies to be able to see each other. 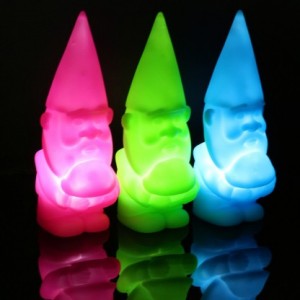 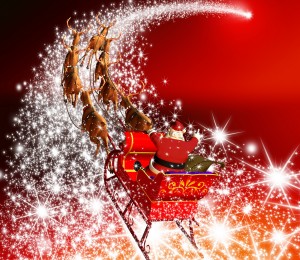 Endowed with the same sort of magic as Santa Claus himself, Christmas Elves are capable of many magical feats such as being able to enter any location or travel vast distances. The source of this magic is unknown, but it is often attributed to a magic stemming from faith in Christmas itself. Using this, they’ve been known to assist Santa in entering homes, transporting great deals of presents, and even tending to and giving the ability of flight to the Reindeer.

Aside from their magical talents, these little fellows are also granted immortality and unnaturally good health. Despite living in the barren frozen wastes of the extreme north, Santa and his Elves appear to thrive without many supplies. There are no known diseases, injuries, or physical problems of any sort in the workshop as the residents appear to be timeless, unchanged, and unharmed by any force. The only thing to ever be shown to cause them actual harm appears to be the loss of faith of those who believe in them in the world.

So, with their magic both letting them get what they need and carry on without worry of other needs, the Christmas Elves spend much of their time perfecting their craft. Ostensibly, Christmas Elves can construct almost anything they need to in order to supply the demands of children around the world. Even as time has progressed and the wishes of children turned towards more sophisticated electronics, the Christmas Elves have been able to construct much of it without issue. Their work is generally very good and many of the things they made are built to last – outside of those things which are designed for planned obsolescence. 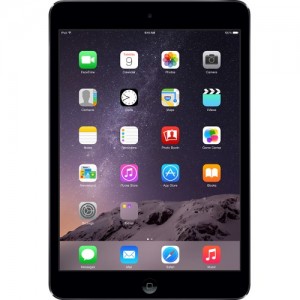 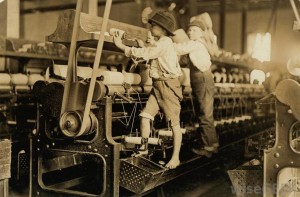 Though almost everything today is built with planned obsolescence in mind. Contracted by several manufacturers to fill higher demand in the winter months, the shops of Santa Claus are part of the system which allows for cheaper electronics to be built and sold to first world countries in bulk. Their craftsmanship skills are, in fact, quite stellar. But business models of today’s economy mean they are often forced to cut corners and use cheaper materials to increase both the profits of the contracting companies and Santa himself. 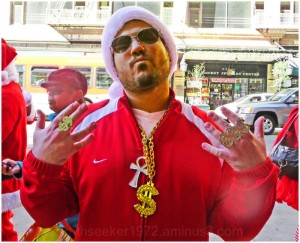 The racial Christmas Elves, bred for the task over generations, are particularly hardy and able to survive brutal conditions. Adapted to intense cold and semi-constant shortages of supplies, Christmas Elves have dense fat stores which give them a rounder appearance and also act to store food for as long as possible and insulate them from the cold. This appearance is similar to the well known baby fat of younger humans, but is constant throughout the lives of the Christmas Elves who may live up to several hundred years in the proper conditions.

When pressed to find resolutions to specific, unique problems, Christmas Elves have also been adapted to have improved dexterity and problem solving skills – even beyond that of their brethren. Though rarely very well educated or even able to read, Christmas Elves have a natural talent at thinking in three dimensions, solving geometric problems intuitively, and using incredible hand-eye coordination to multi-task in the process of carrying out their planned solutions. Their dexterity and enhanced strength are also put to good use for using primitive hand tools to carry out more complicated tasks. 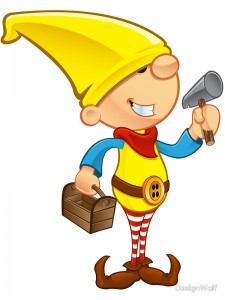 In essence, after centuries of selective breeding under their sinister master, Christmas Elves are the perfect labor force. 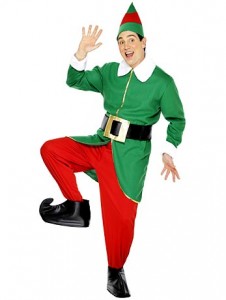 Constantly cheerful and enjoying their job, the Christmas Elves are generally depicted happily toiling away all year round while singing and working side by side. Rarely are the Elves seen to be upset or unhappy despite the harsh weather outside as they live in a cozy, home-like place where it is almost constantly Christmas. Friendly, devoted, and happy with their job under Santa: the Christmas Elves are the most loyal workforce in the world.

In some very rare cases, an Elf is shown to be disgruntled with the job. However, many of them are shown to be more disgruntled from not being able to be helpful to Santa than from being overworked. Many stories of dissatisfied Christmas Elves depict them either having ideas that others don’t appreciate or not being allowed to do the work they feel they were born to do. Rarely has a Christmas Elf complained of being overworked.

The tasks assigned to them generally also become their specialty. Many Christmas Elves are known for being toy makers, but others also handle Reindeer care, baking, and candy production. These tasks are generally all they do over the course of the year and, somehow, they never manage to get bored of it despite what is considered an unforgiving workload by outside observers. 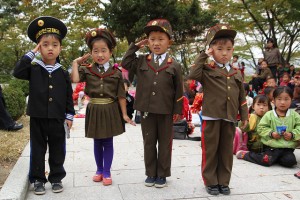 This is primarily due to mental conditioning on the verge of brainwashing. Like the people of North Korea and other major dictatorships, the Christmas Elves have been convinced that Santa, their master, is in fact a god-like being and that they will be rewarded or punished based on the merit of their work. Like North Korea, the Christmas Elves have even been convinced at times that Santa can read their very thoughts, as related in one of the more famous Christmas songs of recent times.

This song, since being written, has been run on the shop’s intercom system on a daily basis. Refugees who have escaped the shop have even been terrified that their former master would even find them and often go into deep hiding once outside. Adjustment to the culture beyond the shop is difficult and Christmas Elves in the outside world are known to lie or cover up their actual opinions. Christmas Elves are always presented as happy because they live in constant terror that if they are not…

(I write novels. You can also find me on twitter. Happy Holidays and make sure that when you get gifts for the holidays that it involves as much ethical labor as possible. If you need a suggestion, my books were written by only one miserable person!)