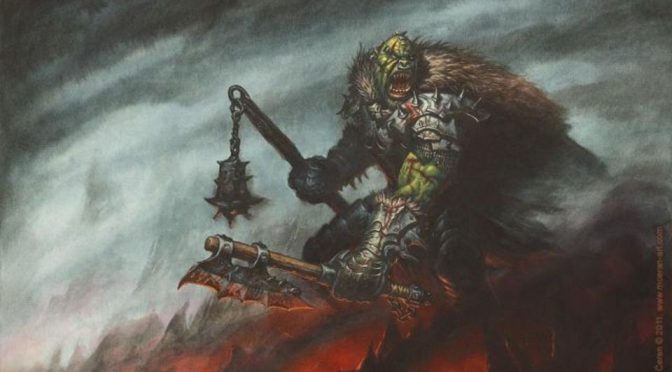 Spoken of in fairy-tales and epic fantasy alike, Ogres and Orcs have a long history as the savage brutes of our fiction. Though today generally depicted as two very unique races, the words were once actually interchangeable until more modern entries began to differentiate the two. Still, despite this modern division, the truth remains that they share much in common. Large, ugly brutes with a taste for human flesh, these creatures torment and terrify those who manage to stumble upon them. Whether it be one lone Ogre sitting upon a throne or an entire army of Orcs storming the gates. These creatures stand as intimidating figures no matter their setting.