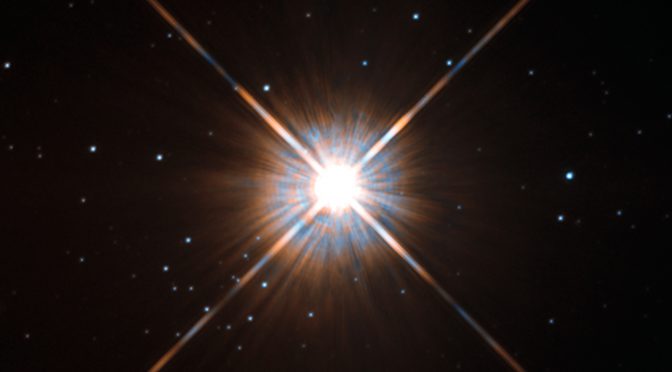 You would think being signal boosted into orbit means I’ve had a pretty good couple of weeks, but you would be wrong. Recently I’ve had to deal with ash falling from the sky and family members temporarily disappearing while angry Trekkies were questioning my intelligence. The Trekkie thing isn’t too much of a bother but anyone familiar with me and the blog will know the ash thing left me in a bad place.  In fact, I was pretty positive I didn’t want to live on this planet anymore. Unfortunately, Mars and Venus aren’t great places to live yet and my personal (imaginary) spaceship can’t go anywhere else. Man, if only there were some closer exoplanets. 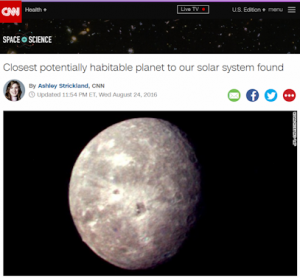 And that’s when it happened, they confirmed that there’s actually a planet only 4.2 lightyears from here. All joking aside, I’m incredibly hyped and you probably should be too. Not only is it the closest exoplanet in the universe, it’s also only 1.3 times the mass of Earth and in its star’s habitable zone. Even if it turns out it’s not actually covered in life this will go down as one of the greatest discoveries of the 21st century so far next to the Higgs Boson and that “bwaahh” sound everyone uses.

And I know a lot of people are really hyped based on this off chance there might be aliens. But me? I don’t care if we find life, because we finally found one we can shoot stuff at! 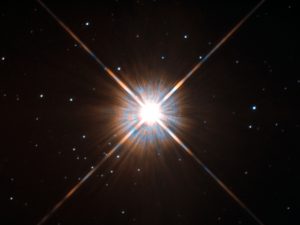 As excited as the possibility of life is, most astronomy nerds aren’t hanging their hopes on that just yet. The fact of the matter is that being within the habitable zone is only one piece of that equation and the rest of the pieces may not fall into place. Proxima b is, despite being in the habitable zone, closer to its star than Mercury is to ours. That means that while it may be the right temperature for liquid water (what the habitable zone is all about)  it’s also probably getting blasted with radiation non-stop. Not to mention it might be tidally locked, so that “right zone” could quickly become “one side is a fireball and the other is in endless winter. But even then, still exciting news for the future of the human race! Many people don’t understand why people like me would keep looking to space and calling it the future. I can’t count the number of times I’ve been told by someone that you should be spending the time and resources on something here on Earth. But any good nerd knows that this planet is doomed and it’s really just a matter of when, not if. There are things out there which we are painfully aware of that would have no feasible technological response to. Sure, we can deal with a lot of catastrophes by cooperating, but the deck was stacked against us long before we even evolved and hedging our bets only makes sense. 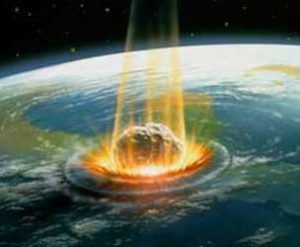 The more centralized a population is, the more exposed to disaster it is. Even on the small scale, at one point our population was less than 10,000 people due to a volcanic eruption call the Toba event. It was basically by dumb luck we survived then, and when Yellowstone goes off next time it’s going to take at least most of North America with it. Should a large enough asteroid come screaming towards the planet before we figure out an efficient method of deflection we’re in some trouble then too. But in the end it’s actually just a bit safer for humanity if we spread out and make sure one event isn’t enough to take us all out.

That’s why we’re so eager to get people onto Mars and Venus. Mars, being our little brother in the solar system, isn’t the best of places to live but it’s somewhere we could at least manage to build a viable colony. Millions of people could potentially live there with the right technology, and that’s enough to make sure that we can’t be snuffed out in a heartbeat. Venus, on the other hand, seems like a much more hostile place to go but provides an opportunity for us to put literal cities in its clouds where an Earth-like atmosphere would actually float. Sure, it would be a bit more confined than humanity would be used to, but in only a couple generations people would relax and start naming their kids Lando. 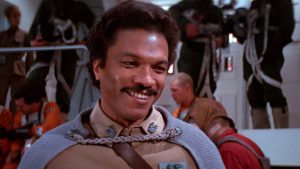 However, while Mars and Venus are promising for avoiding a planet-wide disaster, they’re not good enough. There are things out there which could snuff out everything in our solar system. A rogue planet could pass by, disrupting the motion of our planets and hurling them out of the solar system. A gamma ray burst could flash fry the whole solar system as it goes screaming by, sterilizing everything not covered in rock or water. Anything that could potentially be under the ice on Europa would be fine, but all that’s going to be left of things like us would be the fine citizens of Rapture.

So the key to making us harder to kill is to basically do to the universe what everyone yells at movies – keep moving! Serpentine motions! The more we keep the target moving the harder it’ll be for the cold depths of the universe to snuff us out. We’re destined to leave our mark on that universe, to let others know we were here whenever they eventually show up. And, while Proxima b may not be the best planet out there, it is the closest – a first step in the right direction.

It’s still one hell of a distance away, a trip of thousands of years by conventional means. But we’ve got a lot of ideas on how we can get there faster, possibly even within a generation of launch. Hell, we may even be able to shoot a small robot at it within the next few decades, a postage stamped size piece of machinery carried by light pulses at a fraction of the speed of light, capable of reaching the place in 20 years from the time we launch. That still sounds like a long time, and it may not even be something everyone will see, but in terms of cosmic travel it is astounding.

And what will we find there? What kind of planet could it be? We won’t know for some time to come. It may have life on it after all, a muddy ball of possibilities with creatures on it we’ve never seen before. It may be a hot house like Venus, impossible to survive on the surface but something we could float above. And, maybe, it is a tidally locked hunk of rock, but that means we can just live in the band of twilight wrapped around it. Whatever the outcome, it’s a place we can actually see up close, a place we can explore around a distant star.  And someday, like the explorers of the past, people will go to this distant point of light, sad to leave the place they’ve always known as home…

But knowing they were always destined to go.

(I write novels, this blog, and some tweets. Someday, I too will be visible by advanced equipment.)