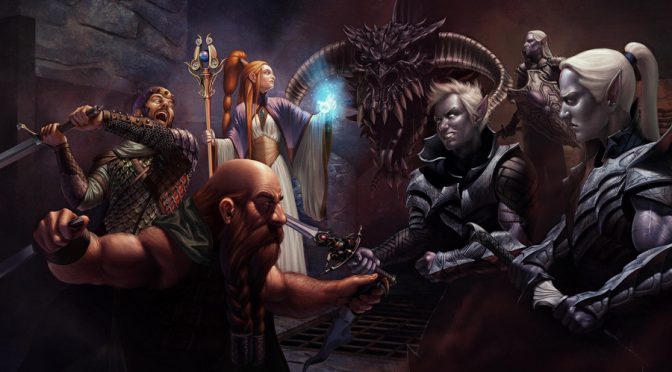 The fantasy genre, for all of its common tropes created in the modern day, draws its roots from mythology the world over. Though rarely depicting the stories as they were originally, these mythologies have formed the backbone of what we use today to craft our fictional worlds of magic and supernatural creatures. And, the thing about it is, when you look at what’s in the fantasy works of today and then look into the origins of the creatures in the past, the differences can be stark. Even figures known to the mainstream population are somewhat different than what they’d originally been. 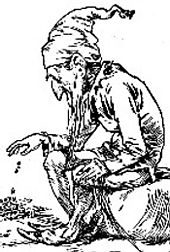 The Leprechaun is one of the easiest changes to point out to people. Their clothing, general demeanor, and place in the lore have changed dramatically overtime. And with the Leprechaun we even see how fast it can happen as the creatures themselves didn’t show up in the folklore until relatively recently in cultural terms. The root stories, the ones that inspired the wee folk in the first place, are actually so different that you would barely recognize them at first glance. But the Leprechaun is far from being the only one. For instance, did you know the word”Dobby” is actually another term for “Brounies“?

And one of the things you’ll realize when you look at it close for a while is that there are pretty specific evolutionary paths for some of these mythical creatures. Especially in Europe, a single effect becomes more and more obvious as many creatures of the past were somewhat more innocent in appearance and gradually became more inhuman. Essentially the old trope of “good is pretty” and “evil is ugly” started to become more common over time. Though some creatures have always been evil and ugly, even downright terrifying (looking at you, Celtic and Germanic folklore), other creatures were a lot less dangerous looking at first glance. And, now, those creatures tend to look like something fairly different.

Why did that happen? Well, there are different reasons for different places, but for Europe the answer is pretty simple: Christianity isn’t keen on ambiguity… 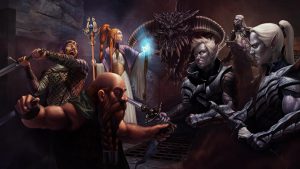 It’s no secret that the vast majority of mythological creatures came from what we would refer to today as pagan religions. These entities, generally lesser spirits and deities within the religious pantheon, were the minor figures that helped flesh out the world in a more complex fashion. Sure, Thor and Zeus would bring the lightning and thunder, but who was knocking shit over in your house when you weren’t looking? If you were to believe that every event had a specific willful action behind it, you’d have to fill in those smaller events in the same fashion, which leads to much of the folklore we have around little creatures or invisible entities which can both help and hinder us depending on their mood for the day.

But as the western world started to become more evangelized there was a sudden shift, especially in the creatures we would consider creatures of fairy tale. Many creatures who had multiple names started to see the different names become distinct entities. The ones who happened to be doing more sinister, malicious, or even wild acts started to become less human looking over time. And the ones who did helpful things? They became what is often described as “cherub-like” (despite the fact legit biblical cherubs were terrifying monstrosities).

I mentioned the division once before when talking about how the Jotun of Norse mythology and Trolls were essentially the same creature in Old Norse before they drifted apart. As time went on and the stories changed, they split up the different acts of these entities between different races and stories started to emphasize the more inhuman traits of these creatures. In fact, they started to turn downright ugly. And the fact is, they’re not the only ones who had this sort of thing happen. Creatures we today would identify almost universally as “ugly” such as Goblins, Ogres, and the aforementioned Trolls were once actually either average in appearance, cute, or even attractive in some regards. Freyr, Vanir god turned Aesir, was married to a Jotun woman named Gerd who was declared a member of the gods as well and depicted as not much different than any of them. 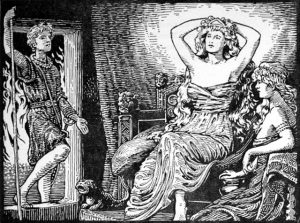 And the reason was because, back when they first originated, few of these humanoid creatures were meant to be anything more than supernatural people. They were representative of a world beyond the natural order, generally of the unknown and the call of our wilder ancestors, but still entities with similar morals to our own. They were just as inclined to be good, evil, and ambivalent as any of us could be and the stories reflected this. Goblins were likely and able to wreck your shit if they were so inclined, but they could also be helpful if you happened to be on their good side. Ogres were universally malevolent to humanity in most cultures, but a few would depict them as having a softer side and even at their worst they were really only reflecting the worst natures of man. And, while Thor was in a constant struggle with the Jotun and a Jotun ended up burning down the world tree during Ragnarok, there were Jotun married into the family of the Aesir and they could be just as helpful as any other. They were less meant to represent a force of good or evil and more a representation of another line within the family of gods, just as the Vanir had been. And this was all well and good until a certain religion started to spread. 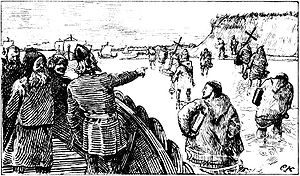 There are three big things that Christians did when they moved in that really contributed to this evolution of the local folklore. The first is that they were very strict on morality, leaving little wiggle room on the specifics of “good” vs “evil”. The second is that they weren’t against letting you keep parts of your mythology so long as you could bring them up to proverbial code and mesh them with what they were teaching. And the third, if it’s evil, then it’s likely (though not always) bearing a physical manifestation of its sins – a literal Mark of Cain. 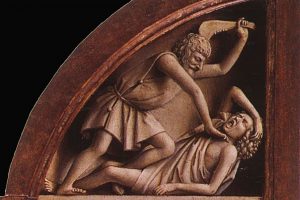 In Christianity and the other Abrahamic religions there is very little room for ambiguous shades of grey in their morality. There are few, if any, situations where the “good book” is going to say that it’s okay to do certain things “sometimes” and if you happen to do something wrong it tends to treat it as, quite literally, a cardinal sin. Things which pagan religions would consider areas of ambiguous morality were now suddenly very binary instead. The Satyr’s lust for women and feasting became the literal sins of Lust and Gluttony. The Leprechaun’s miserly keeping of money manifested as a touch of Greed. And the Giants, waging war against the Norse gods meant they had a wrap sheet longer than their behemoth arms. It wasn’t possible to keep them in shades of grey, so they had to be modified to fit the new cultural norm.

It wasn’t uncommon for Christianity to convert old pagan beliefs and traditions into something that they were more comfortable with. The list of holidays that were based on old pagan traditions is fairly extensive, and we’re mostly familiar with them. And the same held true for most superstitions as well. If you could somehow make your folklore fit in with the faith that you’d been handed by the Christians, they generally looked the other way. This is particularly true from those religions which were born out of the combination of Christianity and West African religions in the African Diaspora such as Haitian Voodoo and the like. And as far as the European folklore went, the solutions were simple. First, either something was totally good or totally evil, and second, if they were a little too grey and they went under multiple names – divide the traits among the titles. 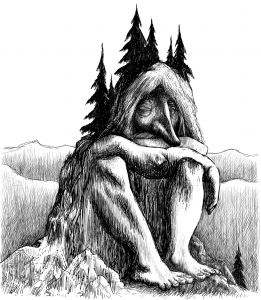 But it wasn’t enough to simply place them under different names, because within the Abrahamic religions there is a literal example for being marked by your sins: The Mark of Cain. Evil, by design, has to be ugly and malevolent looking and evil is anything that doesn’t jive with the Christian morality. This meant that anything that was mischievous, wild, lustful, or representative of something more carnal was to become uglier, twisted, or somehow marked by their behavior. As a result, creatures such as Satyr, Faun, and others became generally more associated with demons over time and many goat-like creatures became figures of evil pagan worship (including Baphomet, a god the Knights Templar supposedly worshiped before their execution).

The result is that, for some creatures, half of their actual behavior is missing in the modern depictions, transferred to another creature with a different name who used to be identified as the same. Goblins went from small pixie-like entities to the gnarled and ugly creatures we know them as today. Dwarves were divided from the elves entirely and a new “dark elf” was put in place to represent some of their more mischievous deeds. And Leprechauns, once powerful minor deities with a capricious nature, became benevolent little symbols of luck and charms…

Only occasionally allowed to reveal their dark sides.

(I write novels and tweet about things. A lot of those tweets are about fitting creatures like these into my own worlds. And yes, I’ll have more belligerent leprechauns in the future.)