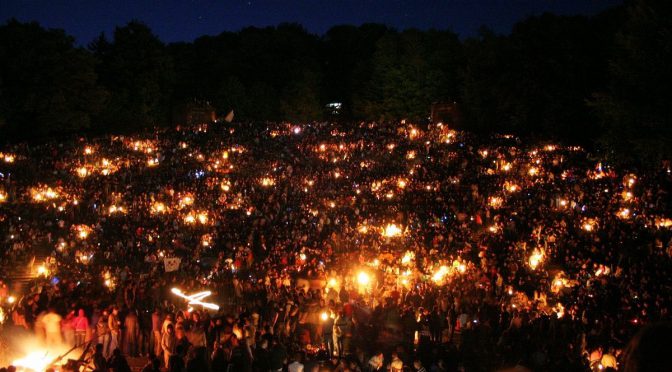 When looking at the history of Europe, one of the interesting things that comes up time and time again is the overlap of Christian holidays (particularly Catholic) with Pagan precursors. It’s pretty well known that Halloween is actually a Christian holiday that was created to overlap with the Samhain. Christmas probably had some influences from the Saturnalia and Yule. Easter may have straight up taken its name from a pagan goddess. But how Christians react to these holidays today is based in large part on just how much the church sold the “Christian” aspects of it. Easter and Christmas, anchored deeply into the lore of Jesus himself, is now generally forgotten by the general worshiper to have some pagan roots, but Halloween? 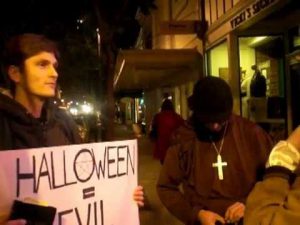 And because these three holidays are the most widely celebrated of the Christian holidays, they kind of shape how we think of Christian holidays as a whole. For those who don’t go out of their way to find these origins, it seems ridiculous that these holy days may be related to pagan holidays. Meanwhile, for those who’ve been told about this often, it often leads to the belief that every single holiday Christians ever came up with were to rip off the pagans (even when this isn’t necessarily true). But when someone takes the time to really look into the history of these holidays, it often turns out to be more complicated than first glance.

Like, for instance, when people celebrate the same holidays in the same fashion for the same reasons… to completely different gods. 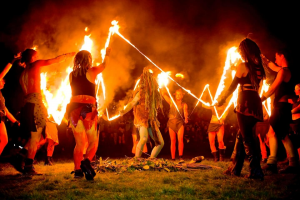 One of the things often overlooked about the Christian feast days is just how many of them there actually are. By the early half of the Middle Ages there were enough Saints recognized by the church that each and every day of the calendar could have an observance for a saint, sometimes even two. In fact, that’s soon how the various Christian churches started to organize their calendars as they began to create Calendars of Saints. Each of the sects to revere the Saints has one of these calendars and they can get quite overstuffed. As a result, if one were so inclined, every day of the year could be considered a Christian holiday to someone – even if the rest of the world doesn’t observe it. So, while the feast days are ranked so that some are observed widely, others may at times be a somewhat regional affair. And one of these more regional feasts is the Feast of Saint Walpurga. 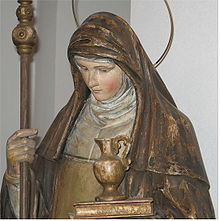 Not very well known outside of Europe, Walpurga was a missionary to the Frankish Empire in the 8th century best known for her work in evangelizing to the Germanic tribes. One of many saints in her family (including her father, brothers, and uncle), Walpurga was raised by nuns as her father and brothers traveled to the Holy Land. Taught how to read and write at a time when that was not particularly common, she eventually joined her brothers in assisting her uncle Saint Boniface in trying to convert the Germanic pagans – acting as the record keeper and biographer as she wrote down her family’s teachings and their journey. As a result, while not being a primary figure with the direct conversion in many cases, she was instrumental in ensuring that those teachings would outlive them all.

As a result of her work, she was eventually canonized as a saint like the rest of her family and received not one but two feast days. The first of these feast days, marking the time of her death like many other saints, is observed on February 25th and goes by without much notice. But the second feast day, marking the event of her canonization, eventually became the more widely known for a very clear reason. Placed on May 1st (likely on purpose), Walpurga’s canonization and feast day were put in parallel to another event widely known in these regions – Hexennacht. 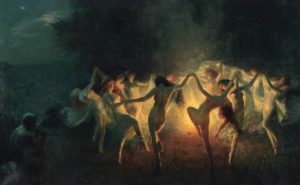 One of several Witches’ Sabbaths observed throughout Europe, the Hexennacht was the time when Germanic witches were to gather for rituals in the mountains. And, as she was known for her work in converting the region to Christianity, Walpurga was already known for her efforts to combat witchcraft. As a result, canonizing her on the eve of these acts of witchcraft meant that Walpurgis Night would coincide with the Witches’ Night and allow the people to pray to her for protection against witchcraft, plague, and pestilence. Then after praying for her protection, the people would light fires to ward off evil spirits and witches and dance through the night.

But what exactly was the Hexennacht based on? Was it simply old superstition or was there something to it? WHat exactly was Walpurga protecting the people from when the feast day was first introduced? Well, like all other claims of witchcraft, it goes back to the celebrations of the pagans.

While the Germanic regions of Europe celebrate the feast day of St. Walpurga, much of the world to this day continues to celebrate an older tradition of May Day, the original pagan observation of the beginning of the summer on a day half way between the Spring Equinox and Summer Solstice. This day was observed across multiple cultures, including the Romans, Gaels, Celts and Germanic tribes. The most famous of these in the modern day, having been adopted by modern neopagans alongside the likes of Samhain, is the Gaelic festival of Beltane. And what did they do for Beltane (and several other celebrations to mark the day)? They prayed for protection against evil, lit bonfires, and… danced into the night.

Marking the beginning of summer, these celebrations were when cattle would be driven to the summer pastures and the people would do rituals with fires to try to ensure a good growing season for an eventual harvest. Alongside the usual plea for fertility, Beltane was also the time to ask for protection against things that would harm the people or their cattle. And it made sense, while the cattle being driven to the summer pastures was a good time it was also fairly dangerous. There was a reasonable expectation that they could get sick, hurt, or eaten by the wrong “people”. 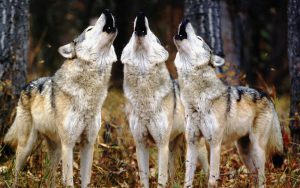 But as happened with almost every pagan holiday, once the church came to power they began to label the old ways of the region as evil witchcraft. However, the people in the area still had reason to want to pray for protection against the things likely to kill them or their cattle. As a result, the people in the area, now fearing witches along with the evil spirits, continued celebrating in the same way the pagans had done in the past. And the church, doing what they did best at the time, put in the feast day for a saint known for converting the region so that she could continue to “drive out the witches”. But considering the nature of the day, and likely the origins of the “Hexennacht”, that essentially meant…

The people were asking for protection from themselves.

(I write novels and dabble in screenplays. Though I don’t set bonfires for the start of summer, I can say that my laptop charger recently burnt into flames. So, you know, I’m a pretty big deal down in hell, Satan probably follows my twitter.)