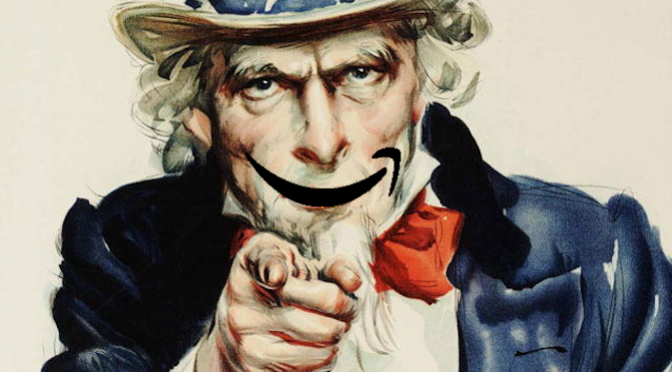 You don’t know it, but right now there’s a war going on for the soul of the publishing industry. It’s been fought long and hard and there have been casualties: bookstores, newspapers, the hope that any doctor’s office would update their reading selection. All in all, it’s not gone well for anyone. But the war rages on and recently it escalated because two powers decided to mobilize everything they got at each other.

It started back with that price fixing thing I was pissed off about a while back. Several book publishers had decided among themselves to fix the prices of eBooks so they could try to make sure that none of them had to actually compete to sell a book. They effectively made the rest of us look like assholes and idiots for running our book prices as low as we could while laughing and forcing the consumer to pay more for each copy.

But then they got busted and they started to fold pretty quickly. One of the chief forces behind this was Amazon, who realized that their ebook market was the most successful ebook market out there and that they were making mountains of cash off of it. So someone threatening those mountains of cash by working behind their backs just would not do. Amazon went after them and everyone started to play ball except for one publisher: Hachette.

Hachette huffed and puffed and refused to drop its prices like everyone else. So Amazon decided to just stop pushing Hachette books. They figured that Hachette would fold and that everything would start coming up mountains of cash again. But Hachette had a plan, they had a nuclear option that Amazon didn’t think to contend with: authors who actually make enough money to buy the GOOD ramen. 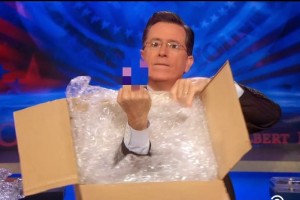 So Amazon panicked and did something that most people can agree was pretty stupid, they tried to mobilize their Indie Authors from the Kindle Direct Publishing. I mean, they were just standing around in line at the soup kitchen anyway. 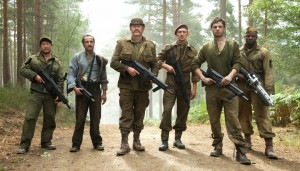 Let’s be perfectly clear: I actually agree with Amazon that Hachette was being a douche for price-fixing in the first place. In fact, I’d go so far as to say that I agree with Amazon’s arguments that Hachette coming down to join the rest of us in the mud is probably good for the future of eBooks. But there’s a couple points of convention worth noting. First, there’s the letter:

“Just ahead of World War II, there was a radical invention that shook the foundations of book publishing. It was the paperback book. This was a time when movie tickets cost 10 or 20 cents, and books cost $2.50. The new paperback cost 25 cents – it was ten times cheaper. Readers loved the paperback and millions of copies were sold in just the first year.

With it being so inexpensive and with so many more people able to afford to buy and read books, you would think the literary establishment of the day would have celebrated the invention of the paperback, yes? Nope. Instead, they dug in and circled the wagons. They believed low cost paperbacks would destroy literary culture and harm the industry (not to mention their own bank accounts). Many bookstores refused to stock them, and the early paperback publishers had to use unconventional methods of distribution – places like newsstands and drugstores. The famous author George Orwell came out publicly and said about the new paperback format, if “publishers had any sense, they would combine against them and suppress them.” Yes, George Orwell was suggesting collusion.

Well… history doesn’t repeat itself, but it does rhyme.”

Congratulations Amazon – referencing World War II and George Orwell in the same letter is one of the most skilled side-steps of Godwin’s Law I’d ever seen in a modern debate. But even ignoring that you combined WW2 with a reference to a man who perfected the authoritarian dystopia, we still have some issues as to what you’re actually saying here. 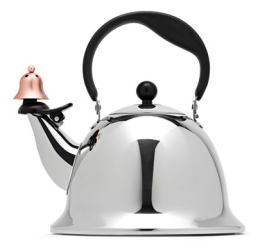 Make no mistake, the people who you sent this letter to have either read Orwell or have a damn good idea of who he was. And if we’re going to be perfectly frank, of the two companies involved in this little quibble, the one looking more Orwellian certainly isn’t Hachette. After all, Hachette isn’t the company that went out of their way to monitor everyone’s activity closely enough to start predicting their future purchases. 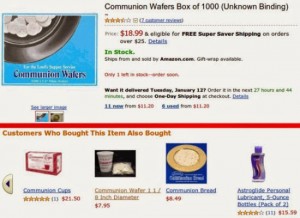 But all of that’s moot, because the real sobering fact is that all of this is over a business negotiation between two companies that make millions of dollars. It’s only due to their sheer lack of fucks that they’re going to ask us to do all the work for them. I have a question to Amazon: what the hell would I have to gain by doing that?

Don’t get me wrong, I think that everything you’ve said about this being good for the industry is absolutely true. However, as far as I know, Hachette is currently the only hold out. That means that the market is restructuring to be a fairer place already. So what Amazon is really telling us all to do is convince Hachette to become more competitive with us when they’re already doing the endzone dance on us on a daily basis. If Amazon really wanted to make Hachette understand what they had to gain they probably just would have sent them this link instead.

No, Amazon is trying to get us to do their work for them because they don’t want to admit just what exactly this is all about. Hachette’s price fixing is a thing of the past since there aren’t any other publishers joining them in the effort. Rather, what this is about is that Amazon gets a cut of every eBook sold. That means when they cite the increase of sales for a typical book the part they leave out is the cut they get of it. Making the people rise up against Hachette keeps Hachette from being able to call out Amazon for their greed.

But how about this one Amazon: you could actually win this by not doing anything at all. Seriously, you could win this whole damn thing if you just shut up and let Hachette play their game. Because here’s the thing, the other publishers are falling in line already. That means they’re competing and they’ll lower their prices accordingly. If Hachette wants to be the one company that doesn’t lower their prices, let them. They’ll look like the people milking their customers while the other publishers start making that increased revenue you’re saying is on the horizon.

Hachette will notice their sales either dip or stay flat while other publishers keep turning out better profits. Regardless of whether or not they’re doing this as some crusade, they’re going to relent when they’re given the cold hard numbers down the line. So all you’re really doing is trying to recruit a bunch of people who almost literally owe you nothing. Seriously, of any marketplace I have my books on, you’re the one I would be least likely to help. You’re literally my worst performing market (my best is Apple’s iBooks) and unless I give you some ridiculous concessions I can’t even get you to lift a finger to help me promote.

Still, nice try with the war references, you almost would have had us going except we live on the internet. Anywhere else it might have worked out, but we see a Nazi reference before breakfast on a good day. In some more irrational corners of the world…

(I write books. Amazon finally noticed that. Moving on up.)