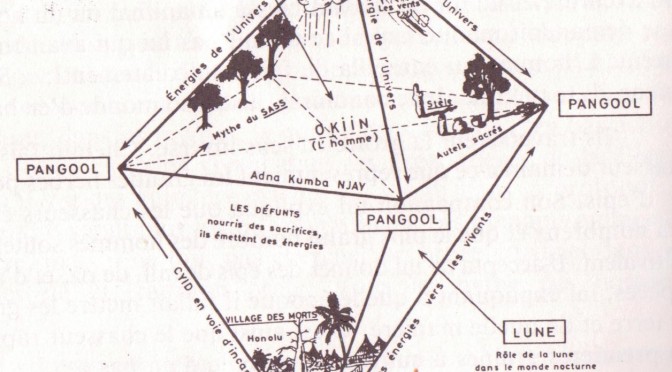 During the quest for some interesting details, going through West Africa, it’s become clear that many major patterns begin to form. Almost all of the West African cultures have a single supreme deity which is supported by lesser spirits. Often times this deity will have a love/hate relationship with the people who worship them, but will (usually) have a soft spot for the people they’ve created. Generally, the idea is that God loves us but is a little disappointed with our life choices.

But outside of the general similarity of all the supreme deities, the differences between the West African cultures stem primarily from how they interact with that God. In some cultures there is a need for houses of worship, in others it’s a matter of self-improvement, and for others still it requires violent retribution. But what is known in almost all cases is that, even in their attempts to appease or communicate with their deity, they cannot do it directly. God is unknowable, untouchable, and beyond human contact without an intermediary. And, in the case of one culture…that requires a great deal of reverence for trees.