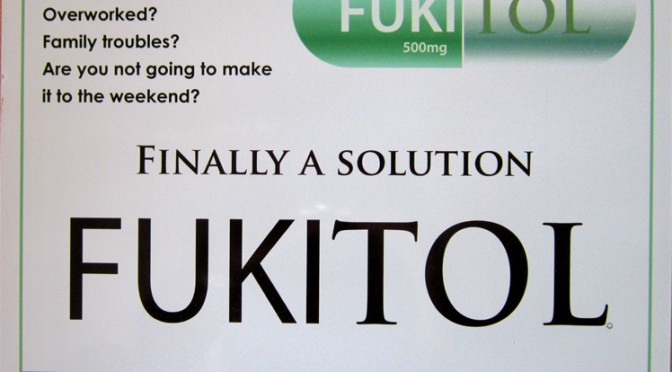 Let’s face it, if you’re here as a writer, either an amateur or a professional, you know that there are just times when you can’t quite feel it. Maybe you’ve got a deadline you know you aren’t going to meet. Maybe you were really excited about a project until you actually got into the meat of it. Maybe you’ve just watched yourself fail miserably a couple times and can’t quite bring yourself to charge that wall again. Hell, maybe you turned to sweet mother alcohol to get you through a rough day, blacked out, and woke up in Bangkok with the realization that you’re reliving The Hangover Part 2 and you’ve officially hit rock bottom. 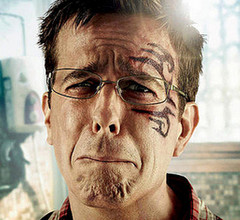 Whatever the case, we all hit a moment when we just can’t take it anymore and need to change something, never realizing that what we’re changing isn’t usually for the best. Hell, Stephen King’s best work was when he was blitzed out of his mind – and sure, he’s healthier now, but you have to admit a little part of you misses the time when he didn’t know what the hell he was doing but enjoying every minute of it. I hate to say it, but sometimes we could all use a little bit of that.

But, let’s face it, most things that can reach true King, Poe, or Verne levels of blitzed are fairly illegal and expensive. Sure, you could probably skip ramen for a week and crank out a novella after going without sleep for 7 days, but it’s hard to get a publishing deal from a prison cell (unless it’s low security, in that case your cellmate is probably an executive somewhere).

For those of us who don’t feel like spending the night negotiating the geopolitical landscape of the local prison gangs, I propose another solution… Fukitol.

Fukitol, The Name You Can Trust

The craziest part of our industry today, and a crazy industry it is, is how many writers are making a living writing books for other writers to tell them how to get into writing. I wrote that sentence stone cold sober and it still looks like bullshit to me, so I can only imagine what it looks like to you. Yet frequently you’ll find people who’ve pretty much written tome after tome of advice to writers to give them the pep talk they need to get past the insecurities and the bullshit to just get into writing. See, that’s the real issue most writers in today’s industry face: the desire to keep writing when you know it’s not going to amount to anything for a very long time.

This is where the failure statistics come from, really. You hear a lot of analysts talk about how the market is over-saturated and saying that reading is going out of style. But that’s not true, reading is more in style than it’s ever been, it’s just changed. Hell, if you were to take the literacy rates of a hundred years ago versus today you’d find that our ancestors were basically dumb monkeys who managed to figure out that a fire could create an explosion big enough to spin a wheel. 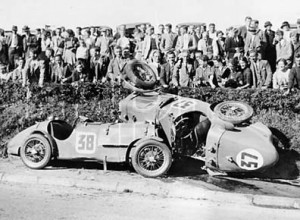 With multiple formats available to us on multiple fronts and seeing all the different places we can go, that market opens up a lot. In fact, with over a billion people on this planet who can speak English, and most of those people having access to the internet, the potential size of the market for a creative talent isn’t nearly as limited as analysts say it is. What is limited, however, is how much bullshit a person can take while they’re being told to continuously grind away at the small tasks until they can finally land something more promising.

I mean, in a day and age where people can be famous for a sex tape or acting like an asshole on TV, it’s a bit discouraging to think that your hard work isn’t getting anywhere. After all, it’s clear those people have never been told “no” by anyone. They don’t know what true rejection is like. But you do, don’t you? All legitimate creators know what rejection feels like.

Rejection is this thing that we all have to accept, an inevitability like death, taxes, and dumb-asses. The thing is, no matter how hardened you are to criticism, the rejection leaves a hollow feeling. Because we can’t know the future, we can’t know what’s coming. So, because of this, we have to judge our future based on our results today and those are often not very good. When things are going well, everything looks like it’s going up and it can’t stop going up, because our results today are saying that’s where it’s going. But when things are going down? 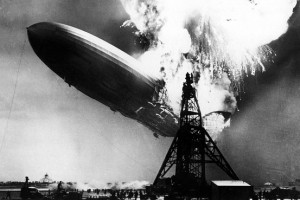 It’s not something anyone escapes, it never is. Every new attempt at anything is a new venture into the possibility of rejection. From the top, established writers have said that rejection still hurts as much up there as it does at the bottom. And it make sense, if our current results feel like a prediction of our future, then a rejection at the top could be a sign that you’re on your way down. From the bottom? It’s possibly a sign that we’re not going to see that peak to begin with.

It’s not easy, so a lot of people have to turn to the writers who have made it and get told the secrets to their success. But you know what tends to be their universal advice? Fuck it all.

People getting you down and telling you that you can’t do something? Fuck it all. Looking like you’re going to have to choose between rent and food? Fuck it all. Potentially have to go on welfare so you can afford to churn out your manuscript? Fuck it all.The key component here is that the people who made it are larger than life because they’re the people who had the cojones to keep at it until something worked.

Most people are aware that JK Rowling was on welfare as she was putting together her manuscript for Harry Potter. What most don’t realize is that she did it willingly and basically gave up a chance at a more stable career to do it. Fuck it all. Ray Bradbury wasn’t able to afford to go to college, so he taught himself at libraries. Fuck it all. James Cameron was basically  homeless while waiting to make Terminator, devoting months to doing the storyboards himself while unsure the movie would pan out. Fuck it all. And Ernest Hemingway, in search of adventure and inspiration for his novels, went to active war zones and was repeatedly violating the Geneva Conventions as he, despite being a journalist, actually took part in combat. Fuck it all.

This isn’t random chance, this is the core foundation of the advice you’re going to find in all those self-help books about getting past writer’s block. At some point, you’re going to have to force yourself to let go of the things that are holding you back. At some point, you’re going to have to just make time for doing the thing you’re meant to be doing and keep at it. When you get discouraged, you have to push forward. When you feel like something’s working, you have to fix it and keep going. Fundamentally, you just have to take your medicine, find your moment of inner peace, and just do what needs to be done without telling yourself how horrible everything else is.

And, when things get hard, take your Fukitol.

(I write novels. I also write this blog. Don’t forget to share, like, retweet or whatever you can. And as for tweeting, I write tweets too.)