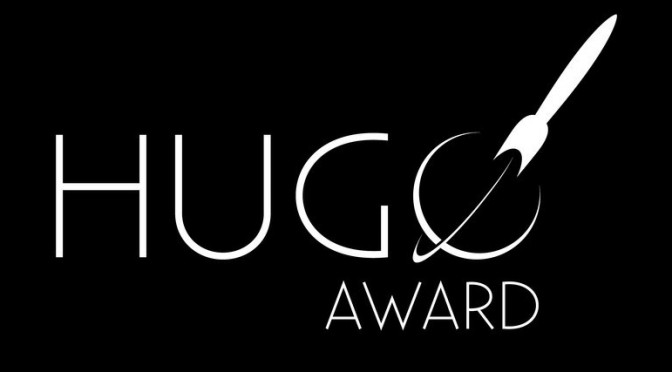 The Hugo Awards, one of the great awards of speculative fiction. Sure, most people outside of the speculative fiction circles have no idea what the Hugo Awards are, but inside those circles it’s like being anointed as one of the geek chosen. A look through the Hugo Awards nominees and winners will show you a list of people who have gone down in history as legends of the genre. And it usually operates fairly quietly in the background, known of but not much focused on.

Then, all of a sudden, this year there was buzz about it, something juicy was going on. For a genre that constantly wants to be legitimized, this is big news. After all, we’ve been the basement dwellers of the literary world for decades now and the sudden buzz about one of our big achievements was a sign some of us could come out into the light finally.

Except… that buzz was about how the Hugos were embroiled in a political debate on the validity of social commentary in science fiction. A group backing a “Sad Puppies” slate wanted to bring back golden age sci-fi and get rid of the “SJWs”. Of course, this sort of talk doesn’t go unnoticed and it immediately saw opposition from multiple directions. The debates were fierce, sometimes petty, and often contradictory. But, from the outside of the debate, the only thing you really could have gotten from it would be a single message: 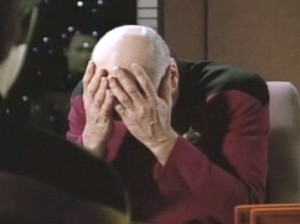 This is why we can’t have nice things, people…

One of the big problems with speculative fiction, science fiction in particular, is that the genre itself is so open to so many viewpoints that we occasionally (frequently) have a sudden debate over the “soul” of sci-fi. The current debate is new in the way it focuses on identity politics, but the basic premise is generally the same as it has always been. Throughout the history of the genre there has been a question as to how much thinking is “too much” or “not enough”. Because of this, science fiction has long had a Goldilocks thing going on. Some sci-fi is too stupid and “pulpy”, some is too pretentious, and some is just right. And, for the longest time, it was generally agreed that the Hugos, looking for the best of science fiction, were going to find the ones that were “just right”. 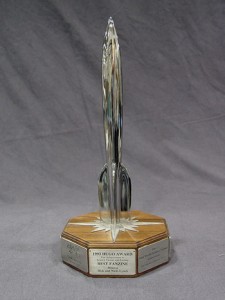 Apparently, that’s no longer agreed on.

Finding that balance is a struggle every sci-fi writer has. Sure, most of us want to write about the raptor in a rocket ship going to frolic on an alien world eating the small sentient rodent inhabitants. And, sure, most of us also want to write the story that happens to change hearts and minds and bring about some sort of awakening in at least one reader.  But most of us are also going to try to blend those two instincts into something worthwhile. That tends to be the harder road for a lot of us, but it’s also the road we’re happiest with. 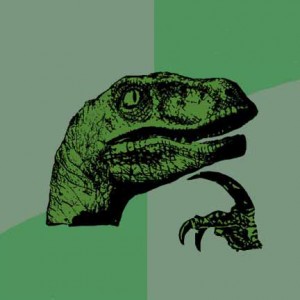 The thing is, debates like what happened this year tend to overlook the middle ground almost entirely. For all their complaints at each other, they make it pretty clear that you have to choose between your work being smart or fun. And they’re so very convinced that the old school of sci-fi was lacking in all the social commentary and big ideas that we have today. Never does it occur to people entrenched in these kinds of debates that the best of sci-fi, the classic sci-fi, was born in this middle ground.

You would be hard pressed to find many true classic that weren’t trying to present a message of some sort to the world. Heinlein’s Starship Troopers was a commentary on jingoism and military might, a positive one at that until the movie adaptation flipped it on its head. The work of George Orwell left a mark on how we talk about surveillance and the control of information. And the works of Philip K Dick presented us with a man concerned about our tendency to abuse power and the horrors of both drug use and how we deal with the users. And that came from a man who’d tripped out so hard that a sci-fi novel was considered “semi-autobiographical”. 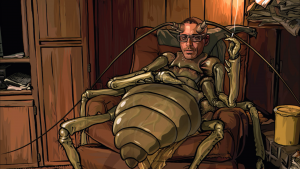 So when people are talking about the golden age of sci-fi just being “pulpy” and “fun”, what they’re really saying is “I don’t understand the message”. Every generation that has ever come before us has had a thing that was pressing on their minds. Do you think it’s just coincidence that, as the “Second Red Scare” began in the late 1940s, Orwell wrote about rampant fascism and, 10 years later, Robert Heinlein responded with, essentially, “Hell Yeah!”? 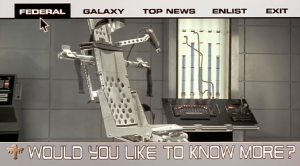 This was not a coincidence people, these were social commentaries of major issues of the day because that’s what sci-fi writers do! You find a major issue of the day and you write about it. And to anyone who says that this sort of messaging shouldn’t be encouraged or rewarded – Starship Troopers got the Hugo in 1960 and I’m pretty sure Nineteen Eighty Four would have gotten one if it wasn’t published in 1949 – 4 years before the first Hugo Awards in 1953.

Decades later, A Scanner Darkly, Philip K Dick’s novel of drug addiction and the soul crushing way addicts are treated by the system once they try to get better, was published in 1979, a total of 8 years after the “War On Drugs” officially began. He said quite plainly that everything in there was based on something he’d seen or experienced and the protagonist at the end of the book is a broken man abused by the system. So when we fast forward nearly 4 decades and our results are still looking pretty shitty – guess what? Dick warned us. 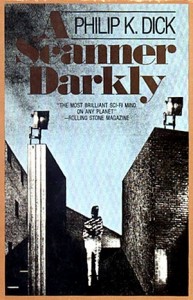 The current trends of the day are about identity politics and gender issues, and a lot of people are saying that’s somehow corrupting sci-fi. Well, you know where I was introduced to these sorts of concepts? Star Trek. 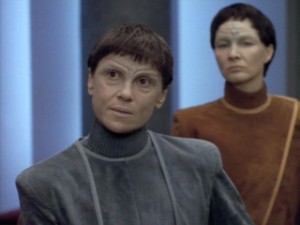 My very first introduction to the concept of gender identity and society’s reaction to “alternative sexualities” was an episode of The Next Generation. In this episode, the crew of the Enterprise encounter a race of androgynous aliens. In effect, all of them are the same gender and all of them have relationships according to that single gender. But then, one of these aliens reveals to Commander Riker that she is, in fact, a she. She identifies as a female and is one of many people who happen to select a single gender and try to live their lives as -gasp- heterosexuals! 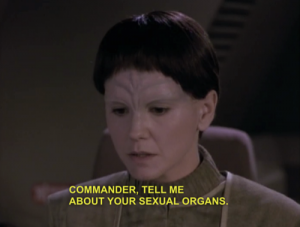 Eventually she’s exposed to the authorities and they respond to her status as if it were a mental illness. They arrest her and send her to “treatment”. Riker, having feelings for her, wants to rescue her from this system but finds that he’s too late. As he tries to rescue her in secret, he finds that he’s too late and she’s been reconditioned into being neutral like everyone else. In essence, they “prayed away the gay” and the person she was ceased to be thanks to a clear case of brainwashing where she says she’s “happy” to be “cured”.

Here we’ve got a perfect use of sci-fi to make a message clear. Only in sci-fi can you flip a situation on its head and make our status quo the alien concept and show how ridiculous and horrible it is from the other side. To this day we hear stories of how people keep trying to “cure” homosexuality, just as those aliens had. Hear tell the people debating as of late, this sort of thing was never a part of science fiction before now. But the last episode of The Next Generation aired in 1994, meaning this “new” concept was written into a science fiction show over 20 years ago.

So when people start acting like social commentary is some sort of new introduction and that it’s “ruining sci-fi”, I’m left wondering what genre they think they’re looking at. Science fiction isn’t just a good place for such commentary, it’s practically the vanguard. In sci-fi, you can speak about anything, directly or indirectly, through actual mention or metaphor, and have people think about it. It’s the one genre out there that really lets us do that and encourages us to do it.  It’s the one place where you can show a society that has grown beyond the faults of today or even a society that has succumbed to them.

Don’t get me wrong, when you write that message, you better make sure that the story your writing is good enough to carry it. If your story lacks the strength to stand on its own and it’s only carried by the message within – it’s not a good story. Even people who opposed the “Sad Puppies” admitted that there was a problem with too many books being “pretentious” or even “unreadable”. But the fix for that isn’t to throw away the messages, there’s a far more fundamental solution.

It’s true there are always things that are going to change within sci-fi, that need to change within sci-fi. But it is also true that it is also the one genre that can absorb such changes in stride if we will allow it. Good sci-fi isn’t “dumb and shallow”, nor is it “thoughtful but boring” – good sci-fi is both interesting and insightful. We shouldn’t forget that just because someone threw a hissy fit and drew a line in the sand, nor should we forget it because we want to show how evolved we are as people.

If the message is to be delivered, let it be delivered well and with the kind of energy and good writing it deserves. Let our science fiction novels not be judged by their message but by their quality and let those messages be allowed to make people think. We may not like what we get, but for every Heinlein enthusiastic about cracking down on opposition, there’s an Orwell warning of the dangers down that road. So when you’re told that you have to choose between being thoughtful and having a message or being fun, there’s only one answer…