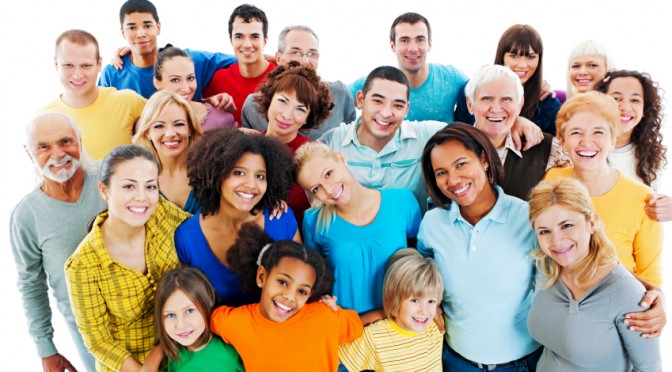 The days are growing shorter and the humans are starting to act a little strange again. You’re seeing them hang skeletons in their windows, corpses on their lawns, and they’re buying pumpkins in bulk. And let’s not even get started on what else they’ve been doing with the pumpkins. 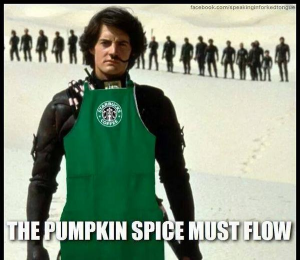 But the one thing that truly intrigues you is the idea of this Halloween they do every year. Sure, you were around when it was called the Samhain, but now they’ve gone and made it more fun and less solemn. You can get to drink, eat ridiculous foods that shouldn’t exist, and play games with complete strangers. And, best of all, for the first time all year – you’ll fit right in! Yes, the costumes are on the way and that means you can disguise yourself as something completely different.

Just one problem, the costume choices aren’t doing it for you. You spend all year being a little… quirky, so you really don’t need to be doing it again for Halloween. The standard vampire, werewolf, zombie and grim reaper options are pretty mundane as far as your day-to-day goes. It’s time to go wild, go crazy, and do something really wild. May I suggest to you the perfect costume: normal people. 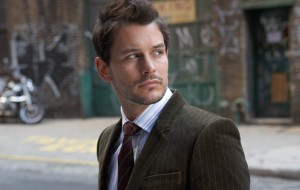 Admit it, there’s a little delight at the idea of dressing up as something unique. As everyone else is duplicating the same costume over and over, you’ll be mingling with them as something new, different, and unexpected. They’re walking around dressed as caricatures of your friends and family anyway, might as well turn the tables, right?

Now, of course, a lot of this is just a matter of shopping at a local store and finding the things people consider normal clothes today. You should be very careful about this, because as mentioned before, fashion changes after a couple of centuries and your old clothes may actually be something others use to dress up as a pirate now. So you’re going to want to go on a shopping trip in the next few days, but that’s not too much of a hassle since you’ll be one of the few who won’t have to fight someone over the last available “sexy Trump” on the rack. 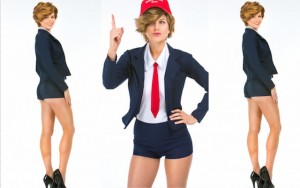 But, knowing you and the fact you probably haven’t gotten out much lately, it’s a good time to give you some advice on how to pull of “human”. 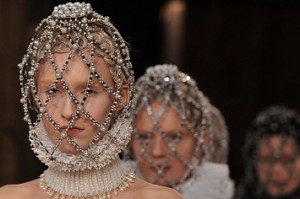 One of the first quirks you’ll want to capture about human clothing is that, for the most part, we don’t dress for comfort once we’re in public. This isn’t true throughout the entirety of our lives, but the sort of people you’re mingling with are likely in their 20s and 30s and thus have not given up all together yet. As such, to really look the part you’re going to want to go out of your way to be as uncomfortable as possible.

Some may scoff at the idea, but it’s true. Pants, in and of themselves, are often rejected once in private on both sides of the gender lines. Yet we often wear these things not only regularly but in sizes and styles that are designed for the exact opposite of comfort. Leather pants were likely the work of some unnamed devil toiling away in the depths of Hades. Women’s jeans are often purposefully created without functional pockets. And no one who is actually human actually likes skinny jeans. 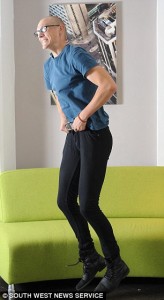 But it goes beyond this. Many forms of pants are simply considered standard, applied to the victim before they exit their homes in the morning (usually). For a real sense of discomfort, the clothing people wear while showing effort must be emulated.

For women, becoming uncomfortable for this costume is a fairly easy task. Shoes which you cannot wear throughout the night are generally a given, undergarments that do not properly fit are common place, and many outfits require an insane level of layering. Though this is often complained about in public, the extent to which this occurs must be seen to be believed. 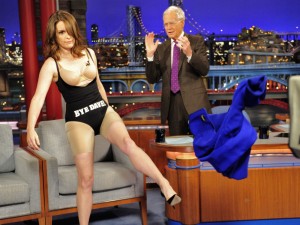 In addition to this, you’ll find the standard beauty rituals of the human female sufficient to make you feel uncomfortable all the time. Combined with the layering of clothes, many women have had all hair removed from their body with either sharp blades or extreme methods such as electricity or hot wax. After removing this hair, they will then often saturate their hair and skin with chemicals which may, at times, be noxious. And, of course, we mustn’t forget the layer of paint they have to apply as part of their ritual self-flagellation. 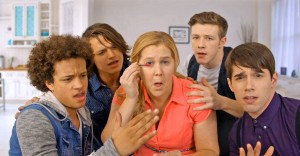 Men aren’t to be left out, however. While it does become harder to find things that are ridiculously uncomfortable, the human race has found a way. Though often not spoken of, an ill fitting three piece suit is generally a miserable experience if you’re not used to it. The coats are hot, sometimes even itchy. The shirts can often be tighter than they should be. And the tie? The pressure it puts on your neck can actually contribute to glaucoma with time. 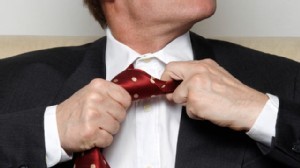 Interestingly, thanks to modern society’s love for punishing itself, men have also begun to adopt the need to remove all hair with extreme prejudice. This is generally not followed by those who are out of shape, but you are likely to need to shave, burn, or rip everything from your body just as the women have done. 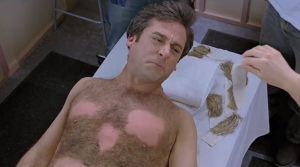 However, we must be aware that some of you may find this pleasant as well. This is understandable as it is strangely like a publicly acceptable form of S&M. But for those people, I have to point out… 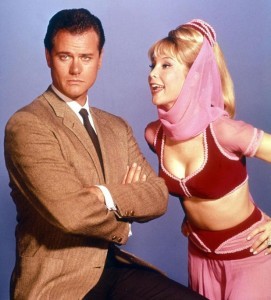 It’s going to be a bit confusing at first, but despite what you see on Halloween night, humans are generally not all that open about their bodies. Very rarely do people walk around wearing as little as they would on Halloween, so do not get confused when you are the most covered in the room. That’s your “normal person” costume working as it was meant to.

This is going to be hard for you to understand at first. It really does make very little sense why someone who runs an office would willingly spend an evening dressed as a Playboy Bunny. And it’s even harder to understand why someone who isn’t in that great of shape would go walking around dressed as their sad interpretation of Leonidas. But this is the one time of the year where they’re encouraged to act and dress like fools while still sober. It’s similar to the things you’ve seen them do on New Years, but with more sugar and slightly less alcohol. So, in recognition of your theme, you’ll have to buck this trend and make sure you’re covered up and looking presentable. 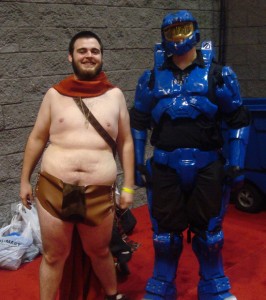 The reason for this contradiction is simple: for 364 days of the year most of the human race is utterly ashamed of their every imperfection. They spend their times covering up everything and making sure no one can see the slight oddity on them. That image above of the woman throwing off her clothing on national television was due to the workload of trying to create a specific figure and hide the “lines” at the same time. Keep that in mind when realizing how utterly insecure the human race generally is. In essence, being human is feeling shame, horrible shame, and the more of it you pretend to feel, the closer to looking normal you’ll be.

Considering that, it’s of no surprise that the last piece of advice I have for you is… 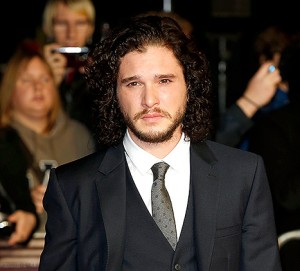 Normal people generally aren’t very happy either. Despite living in the most peaceful time in human history, with considerably less disease, suffering, and crime, we feel as though the world is constantly ending. Social media, the internet, and 24 hour cable news channels have made us aware of every little negative event in the world and that has taken a toll on our very souls. As such, what you’ll often find on the human face is an expression combining the pain of constipation with the rage and borderline shame of wanting to assault that person who cut in line earlier. 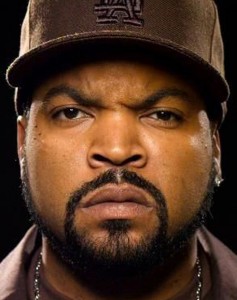 Fear not, this isn’t considered rude in the human race, we’re actually quite used to it and may sometimes even encourage it. What you see as a dour look and uncomfortable level of disregard for common decency, we see as a natural act of self-defense against the possibility that thing we saw on the news might happen to us. Women walking the streets of major cities have long declared this defense mechanism the “resting bitch face”. The reason for this moniker is not to imply that the woman herself is, in fact, a female dog (shout out to those who are), but rather that she has perfected the ability to look pissed off while in a generally relaxed state. 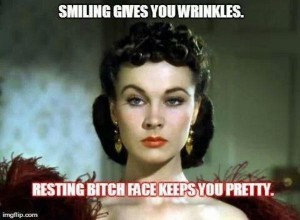 Should you have followed the predefined rituals, achieving this look should come fairly natural. Freezing from lack of hair, covered in strange smells, and forced to walk on a pair of stilts should be enough to make you hate the human race. Normally this is a thought that would be discouraged, but as it is Halloween, you’re just getting into character.

As for men, they once again saw fit to make their own variation of this technique. The key difference in the expression reserved for more masculine individuals is that, while women and effeminate men simply need to look displeased, your average man needs to look like he’s half way through an uncomfortable dump. For reference, if you eat human foods, consider the last time you had Indian and channel that feeling throughout the evening. That combination of pain, frustration, and confusion about your past life decisions is the right blend for your modern day masculine persona. 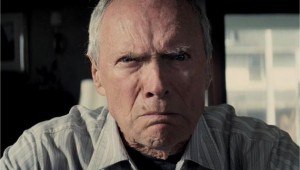 Using these helpful tips, you should be passing yourself off as human in no time. For some parties this may have you rejected since they would not immediately understand how “normal person” is a costume. However, this is easily addressed by applying celebrity names or fictional characters to your outfit. Many a man has gone as James Bond despite looking nothing like Sean Connery. Quite a few women have dressed as a member of the Kardashians “ironically”. And, of course, if any of those happen to fail to convince them, there are the classics. 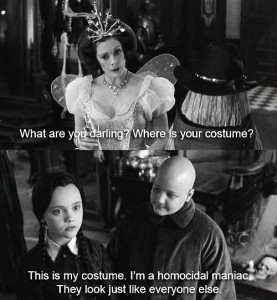 So you should be covered. Now go out, have some fun, and try not to make a mess of anything. Remember, they expect people looking a little odd, but murder is still murder. So stay out of trouble you little scoundrels and try to do your best not to be too strange…

(I write novels. I have a twitter account. I will be scaring children next week. And then Saturday I’ll give them candy as a mea culpa)