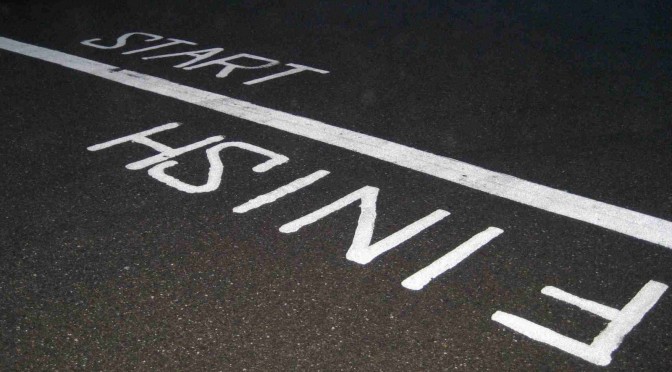 As of this writing we are a good two weeks into the annual National Novel Writing Month. It’s about now that the people taking part have neatly divided into four categories. Some people who are just doing it for a lark are going to be well on their way to finishing 50,000 words and never looking back. Others are just realizing that what they’ve started is going to take a lot more than 50k to be “finished”. A third group is realizing they have no damn clue how they’re going to finish what they’ve started. And the fourth group has, unfortunately, spent half of the month struggling through the beginning of their project.

Those last two groups aren’t just part of the NaNoWriMo tradition, they’re part of writing as a whole. Throughout the community you’ll find people who struggle with beginning and ending their work. A lot of writers even debate as to which is harder, a good beginning or a good ending. I’ve rarely met a writer myself who didn’t have an opinion on the topic and have strong feelings towards one of these things. So, with so many people struggling with it, you can easily understand why this would be the debate they have.

However, like with character vs. plot, I don’t really think that people are considering the actual problem. People have an instinct to become upset with something without stopping to understand why it’s an issue. Even those educated in the art of writing will usually have only a vague grasp of why these things are challenging to beginning writers. But what if I told you that the thing you’re having a problem with isn’t beginnings or endings?

What if I told you that you’re having a problem with everything else?

The Journey vs Destinations 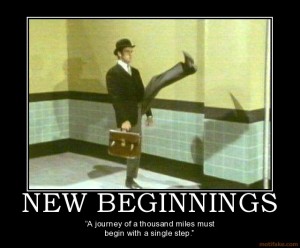 This is something that has occurred to me only recently but has become more true the longer I think of it. It started with an observation that seemed amusing and slowly evolved into the kind of thought that keeps you up at night when you realize you just cracked a mystery that you should have cracked years ago. As I sit up now, near 3 in the morning, fueled by coffee I decided to drink after midnight – I can confirm that it has left an impression on me.

Beginnings are generally considered challenging by most because of the fact it’s the first impression. This is the part where you’re supposed to draw people in and get your world rolling. Failing at the beginning is a good way to lose the reader before they can get to the juicy bits. So you would think anyone who has any concept of a good story would have a great beginning in mind already. However, most people who struggle with beginnings, in my experience, generally have a great idea of where it’s supposed to go – just not how to get there.

The saying has long been that a journey of a thousand miles begins with a single step. But the thing that baffles many people in the writing world is that when you know your destination you don’t always know what direction you’re actually going. The single step could be headed in the wrong direction, you may not know where you are right now, you may not even know the general direction your destination is in. I used the analogy of road maps quite a bit not long ago, but the same holds true here. It’s easy to get lost from point A to point B if you have no idea where you’re located on the map.

That’s the root of the problem for beginnings. When you have a great idea of where you want to go but haven’t had time to figure out how to get there, you’re trying to figure out a lot of things in that first few pages and that can be overwhelming. The direction you’re going, how you’re going to get there, how long it’s going to take are usually still being determined along the way. Consequently, that first step begins a long journey but you don’t necessarily know what kind of journey that is. You can’t really blame some people for second guessing those steps until they have a good idea of where they are. Generally that means that most people who struggle with beginnings aren’t really in full stride until they’re well into the second act.

On the other side of the coin you have people who have started off strong but really start to peter out over time. They have no idea how they’re going to wrap it up and they’re going to struggle with that part. A lot of these people, faced with something like NaNoWriMo, will just simply quit before they actually cap off the project. But others who don’t have that convenient excuse to stop will throw themselves at the wall repeatedly while finding that the ending they got is not an ending they liked. 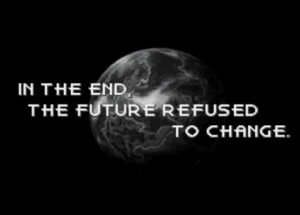 Endings are just as important as beginnings because they are the last impression. The beginning will get people interested, but the ending will get people to recommend to others. Infamously, the last 15 minutes of Mass Effect 3 was received so poorly that the fan community revolted. In an instant, hundreds of hours of game-play were rejected over 15 minutes if dissatisfaction. No one wants to be that person.

But the thing about those people is that, often, they started with how they were going to start in mind and didn’t really have a firm idea of where they were going. They had an idea of the story they wanted to tell but not where it would eventually lead. In this case, like the last one, the focus on a single end caused a defect in the other and they soon faced a struggle as a result. In fact, both of these problems have the same root cause: You really didn’t have an idea of what happens in the middle. 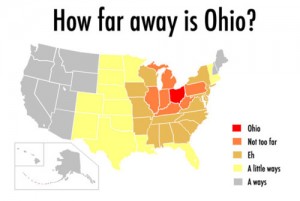 Going back to the road map analogy I used not long ago, imagine planning a trip with a map that had no roads, landmarks, or topography on it. You would be able to see how far apart the two points are, a general direction that you need to go in, and little else. You would have no idea of the routes available or if anything was going to get in your way. You wouldn’t know that there are twists lying down the road for you, nor would you know which roads lead where you want to go, and you certainly wouldn’t realize there was a mountain in the center until you actually ran into the thing.

So, without knowing this, how would someone planning their trip be able to determine which turns to take and which directions to set off? For that matter, once they’d traveled a considerable distance, how likely would it be that they’d end up where they wanted to be? The answers is: you’d get lost. And, unfortunately, that’s what happens to writers too.

Think about it: if you have a good idea of where you want to be by chapter 30 but have no clue what you’re going to do from Chapter 5 through 29, how are you going to know what to do in chapters 1 through 4? You’d end up having to draw your map as you go and just hope that you’re still headed in the right direction. This is a horrible way to plot out your trip and it generally means that beginning is a struggle before you finally sort through it all. Similarly, if you have a good idea of the first few chapters but no idea where you’re going towards the end, you’re dealing with a map only of your local neighborhood and then… trying to fill in the rest.

By figuring out the middle, those of you who aren’t quite sure what you’re going to do at the end will come to a solution before you get there. Alternatively, those of you struggling to move forward are going to have an easier time when you get an idea of where you’re going next. The more you know of your middle, the easier the two ends are going to be. The stronger that middle becomes, the less likely you are to fumble the parts that often get considered more important. Because in the end, the problem is caused by how these two ends interact, and that interaction happens entirely in the middle. And those of you who have a problem with middles…

Well, uh, you have my sympathies.

(I write novels. I also have a twitter account. Both of them keep me busy so I began this after midnight but didn’t finish until the next day. Oops.)