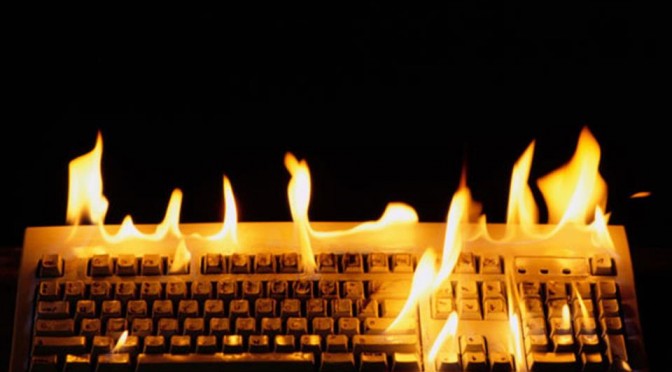 So, as you’ve probably noticed if you’ve visited the blog in the last week, I’ve been trying to ward people away from burning out. It’s NaNoWriMo as of this writing and I’ve known more than one or two writers in the past who’ve gotten behind on their word count and pushed themselves until they declared with an angry sigh, “fuck it.” Even outside of NaNo there’s still that chance you could get caught up in fear of failure and just keep pushing until you fail because of that fear. You’re more likely to crash and burn if you go beyond your limits than you are by to keeping steady throughout.

Still, there’s a damn good chance you’re going to ignore my warnings. I’m probably not the first hallucination you’ve had since you gave up on sleep. You didn’t listen to the last couple, you’re probably not going to listen to me. After all, I’m just some guy with a blog, that doesn’t hold nearly as much weight as when Snuffleupagus was singing to you about what letter to use next. Though that might have been Sesame Street playing in the background… or Good Morning America…

The point is, clearly the deadline is more important to you than I’m giving you credit for.  It’s time to give you the kind of bat-shit advice that got me writing 8k a day one year when I had nothing left to lose… 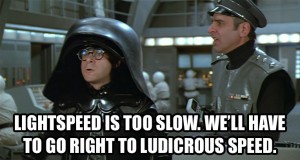 So, let’s face it, if you’ve got 5 days to write 50,000 words, you’re not going to do it. There are only two people in human history I trust to be able to hit that goal consistently – Jules Verne after accidentally getting cocaine in his wine and 1980s Stephen King after accidentally getting wine in his cocaine. Neither one of them would sleep, eat, or remember writing the thing. They’d just look back on the event as a fever dream where they woke up with a drool covered but completed manuscript. Chances are, they may not even remember it later, just get a check someday and go “oh yeah, I got paid for that.”

But the rest of us? That’s not going to happen. On the other hand, if you have 5 days to complete about 20,000 words – it won’t be easy, but it’s not impossible. At 4,000 words a day, physically, even your average modern office worker would be able to accomplish that in about 2 hours every day. Mentally, on the other hand? We have problems with focus and attention spans.

So the first thing to do is stop relying on that attention span thing.

It’s commonly believed that you should set aside a couple hours to write and then put it down for the day. This is generally along with advice like, “take a short 5 minute break after every 500 words”. Then, after your semi-leisurely writing pace and occasional breaks, you’ll finish up about 2k and then set it aside for the day to let it all unwind.

But those people aren’t trying to write a novella in 5 days, are they?

What you’re instead going to find is that 500 words isn’t actually all that hard to churn out in short order if you’re determined about it. The fact of the matter is, you could do it easily in 10 minutes provided you don’t get bogged down too much in the process. So picture that, on a day off, you were to take 10 minutes every hour to just churn out a few paragraphs to hit that mark.

The average adult human is supposed to sleep about 8 hours a day. You – being fueled by caffeine, desire for a feeling of accomplishment, and fear of failure – probably sleep less than that. However, for the sake of simplification, let’s assume you sleep for 8 and stay awake for 16. From there it’s pretty simple math:

Some would argue that this is breaking up their momentum. There’s a lot to be said about keeping that as much as possible. But generally we break it ourselves all the time when we try the longer haul. Exhaustion sets in, we lose focus, and we stop making progress. Before long, momentum burns out and we end up a little shy of 2,000 for the day. On the other hand, if you write in short bursts once an hour you’re not going to get exhausted on it as quickly.

That’s not to say this is easy. You’re going to need a lot of dedication to keep yourself writing 500 words every single hour. But you’ll find that once you start to do it you end up spending really only about 3 to 6 hours writing over the course of the day. In the mean time, you’ll be taking 40 to 50 minutes in between to do that thing everyone else calls “living”. You may find that your breaks are sometimes shorter than that, but that’s generally because of something else you’re going to have to force yourself to do…

Stop Thinking About It 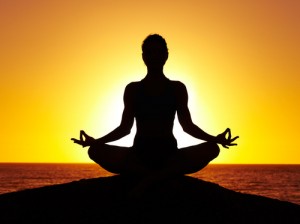 We all know this, writing is actually about 90% thinking and 10% actually putting words to paper. This means that generally we spend most of our time “writing” actually staring at what we’ve already written and questioning our every action and what we’re going to do next. And, frankly, that’s why it’s so damn hard to write in the first place. One of the benefits of the 500 words an hour, fortunately, is that you can actually do a lot of your thinking -between- the bursts of writing rather than during them. This means that you can spend your time writing during the writing times and thinking during the thinking times.

The best method of getting out a word count in short order is to take a deep breath, clear your mind, and then start running in a stream of consciousness. Left to simply feeling it out rather than thinking it out, you’ll find that you’re more than capable of hitting word goals in a very short period of time with relative ease. For some people this is going to be a bit of a challenge because you’ll feel like you’re losing your place. This is easily addressed by taking a minute or two before every burst to read what you put down before and then just roll right into the next thing. Remember you have the better part of an hour to figure this stuff out ahead of time in the back of your mind, so you can easily get back into the swing with a quick refresher.

These 500 word bursts are to be quick, focused, and essentially written in an almost pure state of zen. If you have anything distracting you in the course of it or if you stop for even a bit to start to think about it, you’re going to probably stumble and end up spending that entire hour on the 500 words. Ironically, going slower is also going to exhaust you more. You’d be writing, thinking, rewriting, and thinking some more for the entire hour rather than just typing out a string of words at high speed and then taking a bit to decompress after every round.

You will notice that this sometimes leads to a lot of errors, this is understandable. Run on sentences will happen. Overuse of some of your common buffer words (much like when you say “um” while speaking) will be much more noticeable. And you might find that you sometimes get caught up in a scene for a bit longer than you intended because you were just so into it. But all of these are something that can be addressed in the next step… 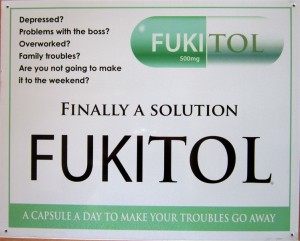 Just tell yourself, right here, right now, that you’re never going to let anyone else see this particular draft. This is what I like to call the private draft. It’s the first draft that’s been generated by what was essentially the ramblings of a madman/woman at the end of the keyboard. If you want to make sure that the first people to see your work consider it a manuscript rather than a manifesto, don’t let them see this version.

Instead, take time to buff out all of the little rambling moments in the second draft. Once you’ve actually written everything down, it’s much easier to edit out the parts where you lost yourself to the flow. This is essential anyway since no one will write anything longer than a short story in a single sitting. Regardless of whether it took you two weeks or two months, you’re going to have taken breaks and stepped away at some point so there’s going to be little kinks in what you wrote. I once took a six month hiatus from a manuscript when family issues arose only to realize upon editing that recent deaths in the family had dramatically changed my tone between the first and second halves. That had to be smoothed out a little with some selective editing on both ends.

So, just let it go, accept that this version is just for you, and part of the worry of writing nonsense will go away. Grammar’s trashed? First draft. Some of it doesn’t quite make sense? First draft. Forgot to put some things in? First draft. There are no consequences to writing at this pace, with this schedule, provided you treat that “private draft” as a sacred vow.

And, speaking of “sacred”… 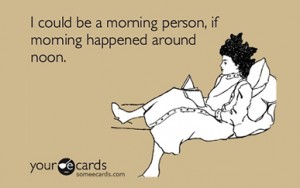 Even with the bursts, you’re going to get tired. We’re awake 16 hours every day but we’re not always “awake” in that time. People have high points and low points. We sometimes drag our heels at one  part of the day and go sprinting in another. Maybe you don’t have a day off either (in which case, deduct approximately 8 hours, still a possible 4,000 words).

But that high point, you can use that. 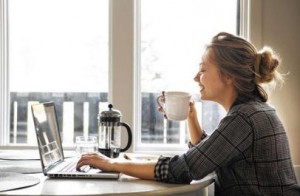 Everyone has a time of the day when they’re at their best. Some people say to only write in that time of day and never any other. They’re going more for a quality and efficiency route rather than a blind mad dash for the finish line. But you? You can declare an hour in the day where you know you’ll be at your peak and say that’s when you’re going to knock 2,000 words out in a single go.

This is the “sacred hour”, the time you hold as absolutely sacred. No distractions, high energy, decent focus. We all have part of the day where we’re fairly sure this can happen. It’s the time when you’re going to get the most done with the least stress and be able to go ahead and carve out a large chunk of your quota. If you can hit that 2,000 words, that’s 4 hours of 500 word quotas pushed into one. And, if you’re on a roll at the end of that hour, you can keep rolling with it for the next hour. Once you are on a roll, it can be pretty hard to stop and you’ll find this burst of activity will make the other bursts of activity easier as a result.

Together with the rest of this, you’ll find that you’ll hit your goals so fast you were surprised it took you so long to do the rest of your project. You’ll be exhausted, but it’ll be done. And then, having put it all behind you, you can take some time to just…

Be dead to the rest of the world.