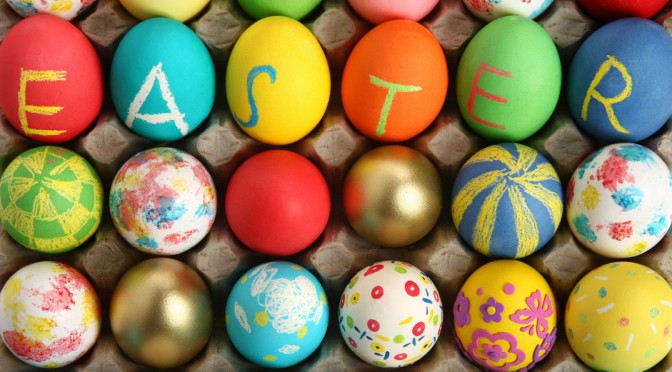 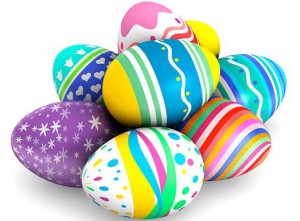 As many people are aware today, even though some may try to shoot it down, a lot of the traditions we hold for the holiday of Easter are in part inspired by Pagan rituals around a not very popular Germanic goddess known as Eostre, the goddess of the dawn. Some have argued she didn’t exist and that she was only referenced a few times, but anyone who has followed this blog in the past knows most of what we know about the Norse is the exact same way. So what you have here is an example where we have to follow the clues and take them for what they’re worth.

And when you assemble those clues you find that Germanic cultures did have some traditions revolving around the coloring of eggs to mark the coming of springtime and that was part of what inspired us doing it today. Eostre was a goddess of new beginnings and that meant that an egg, which itself was a clear mark of a new beginning, was a perfect symbol for her. It only made sense at that point to color it in the colors of the dawn during a celebration in her honor. So as the Christians began to convert Northern Europe, the festival was slowly merged into the Abrahamic traditions to become what we know today.

Many holidays in the past were modified for the sake of convincing the Norse that it was okay to join the club. After all, anything that could potentially stop them from burning down good Christian villages was considered pragmatic. But when you look around you’ll find that, unlike many Norse inspired traditions, the Easter Egg isn’t held to particular regions and ethnicities. There are Easter Egg traditions in almost every single corner of Christian faith, regardless of denomination, and they are pretty uniform throughout. Sure, there are some variations (the Croatians actually use their eggs to wage mini-combat against each other), but the practice is still fairly common across the board. 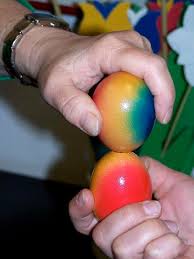 So, why did they adopt coloring eggs so readily?

The reason is because people are a lot more similar than we tend to think. While it is true that the Germanic tribes had an egg coloring tradition going back for centuries, the same is also true of the birthplace of the Abrahamic traditions – Mesopotamia. These evolved parallel for similar and yet slightly different reasons. Both traditions held that the egg was a symbol of rebirth, hope, and all that other good stuff. But the coloring came from different perspectives and thus, the colors used were different as well. While the Germanic tribes celebrating the dawn and spring would use colors you would see in nature as everything came to life, the Christians tended to use a single color, red, to symbolize something a little bit darker. According to the earliest traditions, a red egg was stained with Jesus’ blood. 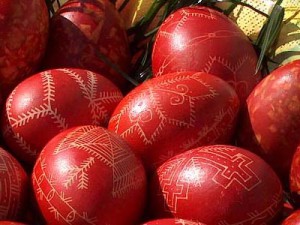 The story changes from one source to the next, but generally the idea is that the eggs themselves weren’t colored until they were exposed to the crucifixion or the resurrection on Easter day. The story held by the earliest Christians in the middle east was that Mary, mother of Jesus, brought eggs to give to the soldiers tormenting Jesus on the cross in an effort to ask them for mercy. Offering the eggs to them and requesting they stop being so cruel in their treatment of him, the story is that blood from Christ fell onto an egg and stained it red. Alternatively, for some sects it was Mary’s own tears which gave them a dazzling color.

This version of the story definitely has the marks of the earliest of Christian traditions. As many know, metaphors of Jesus found in food are fairly common with several stories involving miracles around food or metaphors made with it. To this day Catholics eat and drink what has been described as the flesh and blood of Jesus Christ. And, before the cross became popular, the earliest symbol of Christianity was a fish, representing one of the miracles carried out in the gospels. As such, a tradition combining food (especially one representing new beginnings) and symbolism of the blood of Jesus is an obvious practice.

But not all of the stories indicate that the red color of the eggs was specifically caused by the blood of Jesus. In alternative stories explaining the color of the eggs it was essentially described as essentially the first miracle of Jesus after rising on the third day. In these stories, Mary Magdalene is said to have been carrying eggs during her part in witnessing his resurrection. In one of these stories, the very act of walking near his tomb turned the eggs red from the proximity. This miraculous transformation, combined with the fact the stone covering the tomb had been moved, was a representation to Magdalene that Jesus was alive once more.

Similarly, in another version, as Magdalene discovered his tomb was empty she went to tell the authorities. They scoffed at the notion and disregarded her accounts, declaring that it was as likely he was alive as the eggs in the room were red. This, of course, was soon met with another miracle where the eggs changed color at the moment the words were said. Seen this way, the eggs are a testament to the idea that Jesus resurrected.

So as the Christians converted the Germanic tribes to the North, finding they also had a tradition of decorating eggs as a symbol of rebirth, the two traditions were easily dovetailed together. With their traditions so similar because of a shared symbolism, the true difference between the tradition in the past and the one in the present is that the colors used on the eggs started to find more variety – exchanging the symbolism of blood for the symbolism of new beginnings instead.

So, maybe in the end, even if it may seem like a silly tradition…

It’s the kind of thing that shows we aren’t completely different after all.

(I write novels and complain on twitter. I must confess, I like my eggs deviled… yes, I may be evil)

One thought on “Easter Eggs”