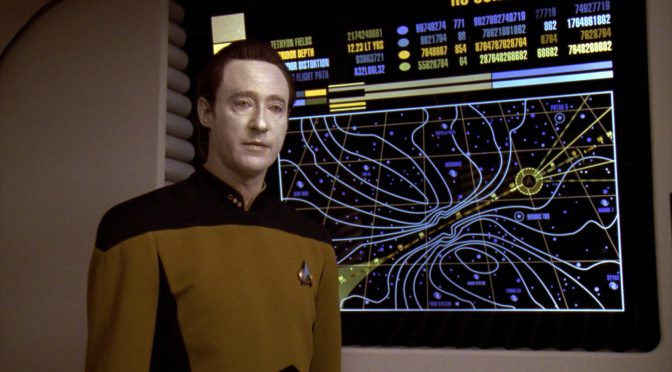 One of the big debates I have with myself every day is just where do I draw the line between science and magic in my work. As anyone following this blog or my twitter would know, I like to world build. But every detail I add to that world (which I’ve long ago declared was Sci-Fantasy) has that question of which direction I should go. I’m a firm believer in Clarke’s Laws so I could go either direction depending on what I feel works best. It’s not really an inconvenience, I like to contemplate it, but it does mean I think about it a lot and about why my world is shaping the way it does.

In all honesty, despite how much I like fantasy worlds and love to delve into the mythologies of our own world, I’m a huge sci-fi nerd at heart. I love me some technobabble and I’ve spent way too long on some wikis about sci-fi worlds. I know, deep down, that I shouldn’t know the fundamental differences between the real world theory of the Alcubierre Drive and Star Trek’s Warp Drive. But I do, and that’s my embarrassing cross to bear. 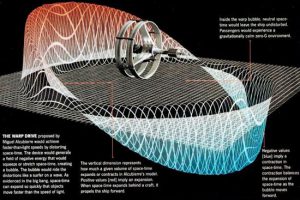 I like when things have explanations, even if they’re bullshit. I like to see the world as a tangible thing, and I really love to have that feeling that something is possible, even if it’s not quite here yet. I know I’ll never see a real dragon on Earth or ride a unicorn. And, while I’ll never go into space either, I know someone can. Sci-fi and Sci-Fantasy by extension give me a new twist, however, because there’s totally a chance Unicorns live on another planet. So I like to put sci-fi in my fantasy as a little chocolate for my peanut butter.

But despite my love of the sci-fi, I know the fantasy is a hell of a lot more accessible for mainstream audiences. People debate why all the time, from arguing that sci-fi strips the magic out of the world, to the idea that there’s an anti-science slant in our culture. But truthfully, it’s the technobabble. It’s not that people dislike the science or explanations either, because a lot of complex ideas have been loved by people and we do have whole communities devoted to “fucking loving science”. Rather, the issue is the delivery.

It’s a common trope in sci-fi. A problem arises and the situation requires some sort of incredible scientific remedy to get our plucky crew out of trouble. The engineer or someone with comparable experience explains the situation to the rest of the room in a near incomprehensible series of nonsensical words as the rest of the crew nods along. Then, despite the fact everyone in the room seems to be following this perfectly fine, someone follows up with an incredibly stupid sounding series of analogies to explain the same thing. “It’s like whipping a rock around with a sling.” “It’s like holding down the brakes while you rev the engine.” “It’s like the hole through the center of a doughnut.”

This is the very reason why technobabble alienates audiences. No one understood the original string of bullshit words, yet the cast seemed to understand it. So then why exactly is this person coming up with an analogy immediately after? Well, that’s to explain the bullshit sentence to the people who didn’t get it. And since everyone in the crew seems to be following along just fine, that person who “didn’t get it” is the audience. Congrats on insulting your reader, viewer, or player. I’m sure that’s going to bring them back in droves.

Not everyone will reject these nonsense scenes out of hand or feel like you’re judging them as incapable of following along. Some people are going to know that there’s a good chance you pulled the explanation from your nether reaches. A lot of people within fan communities know that projects like Star Trek tend to have placeholders in their scripts for scientific explanations to be later filled out by someone that knows what they’re talking about. Even for these people, it’s still viewed as just nonsense, which is the entire point of calling it technobabble instead of something like technospeak. Even as we put it to the page we realize almost immediately after that we need to try to explain it a completely different way. 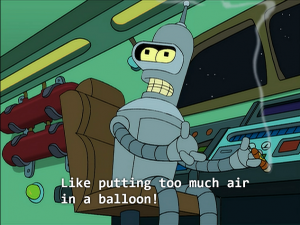 So, if everyone feels like it’s nonsense, why do we put it there at all?

For some it’s a matter of insecurity. Wanting to make your world sound as sophisticated and futuristic as possible, you want there to be a moment where you can make it all sound incredible. For others, it’s nostalgia – everyone else has done it for so very long. Bad habits, passed down through generations, became both the inside joke and greatest sin of the genre.

But in both of these cases we often overlook the fact that only a very few sci-fi works become mainstream hits while still including a great deal of technobabble. Star Trek is the one that would immediately come to mind for most people, but it’s also the exception that proves the rule. Think of how many shows similar in style to Star Trek actually have the same following as Star Trek. It’s pretty slim pickings.

More than that, however, is the fact that when you really consider these worlds and the people living in them, it makes no sense at all that anyone would be talking this way. Look around yourself in your daily life and realize just how many of the things you use everyday are slightly mysterious to you. You, reading this now, are using a computer you likely wouldn’t be able to fix if it broke down. You’d take it to a technician, and the technician would fix it with as little explanation as to what they did as possible. The very mention of something like a BIOS would very likely go over your head. And everyone has been at least in contact with a car, yet most people would be baffled if you asked them to point out the carburetor or to give you an explanation of what it actually does. 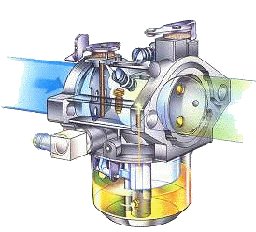 And that’s how people in the future will treat their technology too. Some of them, those who need to know, are going to understand the ins and outs of this technology so they know how to fix it. But in conversation there’s very little chance that anyone is going to be speaking to each other in technical jargon because they simply wouldn’t have reason to. You don’t need to know the full explanation for how the mechanic gets the car fixed, even if you did understand all the terminology, you just need to know if it’s possible and how long it’s going to take. A starship captain may very well have a background in engineering, but he’s unlikely to give a shit about the details of the solution – especially if they’re coming from the kid he begrudgingly added to his crew.

Those who do talk to each other in technical terms are generally professionals, exchanging information in a shared vocabulary that they perfectly understand. This means the second half of the scenario is also completely out of character. No two people who talk to each other in technical jargon are going to stop to dumb it down with analogies. And you’ll find that a lot of sci-fi audiences are accepting of this happening and even find it somewhat refreshing. Sure, they may not understand the babble, but they’re not being immediately talked down to either. For bonus points, sometimes the characters in the story itself don’t understand either and just let the smarter people move along, or even ask questions of their own. It’s a simple action, but it makes the audience feel like the problem’s not them.

Sci-fi doesn’t need to be dumbed down, I’ve argued this for a very long time, but that doesn’t mean it has to make people feel stupid either. You can have all the technical stuff in that universe without the bizarre dialogue that wards people off. The acceptance that most people in the world are going to see the fantastic as mundane will give you a greater sense of realism. The further acceptance that professionals using the jargon aren’t going to dumb it down is going to also make the audience feel respected. And, in the end, that feeling of respect is what a lot of people who shy away from sci-fi really want. They want to feel like they’re allowed to be there and that they’re not being talked down to in the process. And, if you play it straight and treat the dialogue in a rational way, either the audience is going to follow along better or, if need be…

Ignore it all together.

(I write novels. For any technobabble I’ve ever used, I’ve learned a hard lesson. Luckily, I’ve since learned to speak in 140 characters or less.)