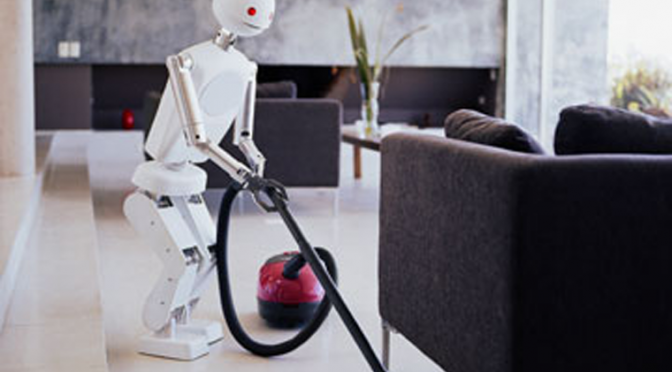 A few days ago I made mention that there was a good chance that an AI takeover of our lives would be quiet and uninteresting. There wouldn’t bea  great deal of violence or bloodshed, it’d just gently happen over time. An artificial intelligence, lacking the same sorts of pressures that made us who we are, wouldn’t have reason to annihilate us as we so often fear. But the idea that they could take over and leave us without purpose seems like a credible possibility to me. After all, why do we need to do the work if the machines can do it for us?

For some this would seem like a rather ominous and damning thought for our future. If we’re stripped of purpose then what would be our reason to live as the machines take care of us like fleshy children? Yet, despite this possibility, I sit here looking forward to the day when our machines can start to pick up that slack for us. Because when that time comes, humanity will be free to do something we’ve never been able to do before.

Instead of fearing the future’s “lack of purpose”, imagine the one where we find… 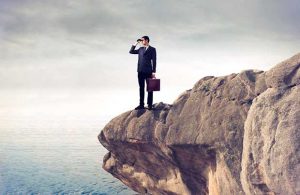 One of the great fears of machines taking over the work we do is the idea that it would collapse our economy. And it’s true, if you look around right now at this very moment you’ll find that machines have effectively derailed several occupations that used to be the backbone of modern society. Manufacturing jobs that once made an entire middle class possible are now rapidly being lost to mechanical arms that do the same task a human would do faster, stronger, more precisely and yet still cheaper. And, sure, there is room for things crafted by the loving touch of a human hand, but that’s going to be just one offs and not the sort of mass production that fuel industries.

Some are eager to fight this sort of progress and feel like they somehow have a chance to win, but I’m not too convinced. While it’s true that you can slow this progress, unless we make the machines simply illegal the world over, we’re going to see them take over as time goes on. It’s not a sinister conspiracy, it’s just math. If you can get twice the work done at a fraction of the cost, you’re likely to go for that option and try to find a way to help other people elsewhere. But I don’t subscribe to the idea that the working class would have to be impoverished for the sake of progress. The way I see it, automation shouldn’t be a threat to people so much as it should be a threat to our modern economic models.

In a world where all of the work can be handled by machines, our current form of capitalism wouldn’t be able to survive. Working for a living would be rendered impossible to the majority of humanity after enough automation has taken place and, inevitably, we’d see our current form of civilization simply collapse. There would have to be safety nets to provide a basic standard of living for all people regardless of skill level. We would have to establish a system where you’re guaranteed the basic necessities no matter what. For some people that concept is utterly terrifying, considering it is talking about socialism at best and communism at worst, but it would be the only kind of society that could still function once we give up our jobs to our friendly robot butlers (who secretly rule the world). 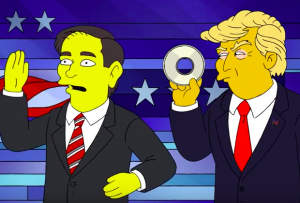 As a long time fan of Star Trek and the like, I’ve never been terrified of the idea of soft forms of socialism. The idea of a society that doesn’t require you to earn currency to be able to get by, but rewards effort by opening up new opportunities, has generally pleased me. Though some would hear a complete lack of currency and decide that this is full blown communism, the fact remains that people who work hard in the Federation do see great benefit through access to better resources and fulfilling work. They still have meaning to their lives, their work just doesn’t determine whether or not they eat the next day.

What you have there instead is the ideal of what we could potentially do with a socialist (but not communist) society living in a post-scarcity era. Everyone’s standard of living is ensured (…outside of Tasha Yar’s hellscape with the rape gangs), but their ability to do better isn’t restricted. People in that society (and potentially ours) enter professions that interest them out of curiosity and passion rather than necessity. I’m sure there are some people in the Federation who spend their days simply sitting on their ass, probably writing a personal log one to three times a week to be sent out over subspace to a meager audience. But those people, with their logs, aren’t necessarily the majority of society. 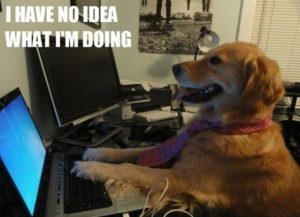 To put it another way, what would you prefer to be doing today if you didn’t have to work in that office/factory/field? Would you want to be a musician? Would you become an artist? Would you want to travel? Now imagine that you didn’t actually have to work in that office – because the robot’s doing it for you. You could literally do that thing you’ve always wanted to do, or at least pursue it, and your livelihood wouldn’t depend on the success or failure of it. Anyone who looks at that and thinks all of society would just become lazy is either too much of a pessimist or doesn’t want to admit they’d rather be doing something else themselves.

I know from experience how hard it can be to enter a field like creative writing, knowing that there’s a real threat of never making a real living off of it. Most writers who continue on with it aren’t doing it specifically for the money, as that would be insane, but rather because they can’t picture doing anything else. And the statistics of people who give up on it forever for something more stable are staggering. The truth is, in a world without an obligation to earn currency, we’d have a lot more artists in the world than we have today and a lot more creative thinkers working on something else. 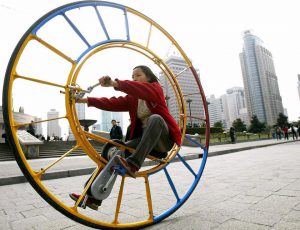 Some would think my chosen profession is just another lazy millennial (even though I’m on the high end, I am still a millennial) trying to get out of real work, but half of them would crack under the pressure of trying to do what I do. I’ve helped enough people with their creative writing in my life to know that it’s not as simple a skill as people think it is. Yet, I know there are plenty of people like me who gave up so they could have that roof over their heads and something to eat other than ramen. Imagine a world where those people didn’t have to quit to take care of themselves. Imagine a world where you don’t have to give up on your dream.

And that doesn’t just impact artistic fields. You’d be amazed how many chemists are stuck working on reformulating medications to simply secure a patent when they’d rather be studying new reactions. How many other fields of people are forced to just get by with what pays rather than what they’re actually interested in? How many of them could produce the next big breakthrough if given the chance? What kind of world do we live in when people who are capable of great discoveries are allowed to work on something that isn’t immediately profitable?  What fantastic inventions could we possibly have around the bend?

I mean… outside of Japan.

(I write novels and dabble in scripts. No robot can stop me from doing that. Though I meet plenty of bots on twitter who might try to.)