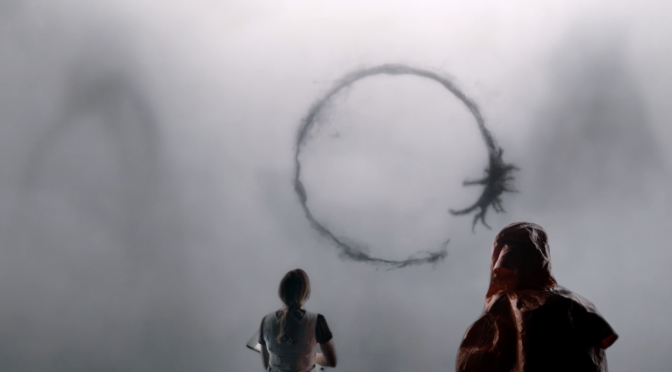 While writing languages for inhuman creatures, it’s important to remember just how different it would be. I covered part of this not long ago when I mentioned that fictional languages should sound somewhat like gibberish to us. After all, there are languages in the real world which sound like gibberish already, so it makes sense for it to be more true in a fictional one. But there are times when that should go even further – particularly with aliens.

Within speculative fiction we often hand-wave away the difficulties of communicating with aliens, hiding it behind universal translators. And, while this makes sense when all of the creatures involved are using the same methods of communication, we have to admit that it’s unlikely every creature we meet would “talk” to each other. When you really think about it, even on our own planet the way we communicate is somewhat unique. Throughout the animal kingdom we have creatures who communicate through chemicals, motions, colors and inaudible sounds. And, frankly, the creatures on our world have more in common with us by default of evolving on the same world.

Hell, aliens may not even have mouths…

Late last year, the film “Arrival” released to critical acclaim and modest success. Though it never reached #1 and didn’t hit the kind of numbers you’d see from a blockbuster, it did happen to make back five times its budget and left people talking. Presenting an interesting take on communication with aliens, the entire story revolved around that very communication and approached it in a unique and interesting way. The aliens, giant squid-like creatures with shell-like craft and mastery of several technologies that humans couldn’t even begin to understand, spent their time on Earth making efforts to communicate with humans around the world. And, despite their advancement and apparent understanding of who we are, not a single universal translator was to be found (after all, that was the point). 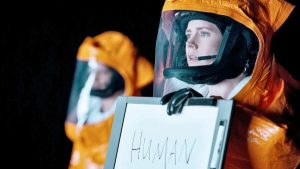 Instead, the movie spent its time exploring a strange alien language and how language impacts the way we think. Despite some extremes in how the movie approached it, that part’s actually true. Studies have shown that how we speak impacts the way we see the world around us. The words which we use or think of most impact how we deal with different aspects of our environment, down to even impacting how we see color (no, seriously). And, while it did stretch belief in a few areas on that front, the approach it took to alien language was still pretty reasonable.

Though we couldn’t begin to understand just how an alien race would communicate information from one group to the next (at least, not yet), there is a truth to the fact that it’s statistically unlikely they would do it exactly the way we do. Our communication is born out of our particular evolution, our cultures, and the specifics of our form. We’ve developed spoken, written, gestural, and even body languages because that’s what worked with our particular forms. But even within the animal kingdom there are creatures which communicate through methods we can’t even begin to grasp such as the chemical trails left behind by ants or the scent glands used by animals to mark territory. Hell, bees communicate through dance. 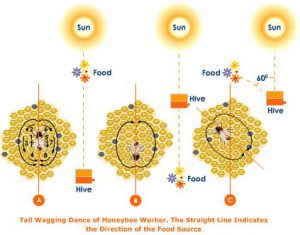 Since aliens won’t necessarily have the same set of senses and capabilities that we do, we have to assume that their communication will be based in whatever is most efficient for them. An alien race without conventional vision is unlikely to use visual languages, but may be more developed in greater audio and tactile communications as they hear things we can’t and feel things imperceptible to us. Meanwhile, an alien race which lacks conventional hearing may lean much more strongly into visual communications through the use of color, gestures, or a much more complex application of body language. And, to be honest I’ve always admired people who take the time to think of this. For instance, this is a Hanar from the Mass Effect franchise. 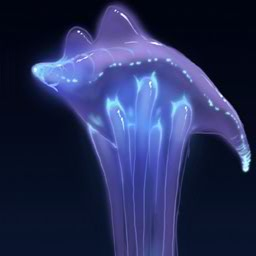 The Hanar, being jellyfish-like in nature, lack anything resembling eyes, ears, a nose, or mouth, yet you hear them speaking in a distinctive fashion. At first glance you may think that it’s lazy writing where they simply say that they can speak anyway just because they do, but the series establishes the existence of universal translators and comes with a pretty extensive codex if you’re willing to sift through it all. And in there you find a little kernel of information about the Hanar which makes their communication fascinating and, likely, accurate to the kind of diversity we should expect out of other sentient species. Because what you hear throughout conversation with the Hanar is a universal translator’s interpretation of light pulses generated by the Hanar’s own bioluminescence – they literally communicate through colorful lights.

As strange as that seems, that’s entirely within the realm of possibility. Given extremely different evolutionary paths, and knowing that things such as color changing and bioluminescence are possible, it only makes sense that somewhere in the vast cosmos there is a species that depends on that ability. In fact, like the aliens from Arrival, the form of communication is a logical, natural development from the sort of species they are and the environment they live in. If you could flash multiple glowing colors at someone, wouldn’t you use that to tell them something? And if you had the ability to squirt an inky substance into the water in very precise patterns, wouldn’t you do that as well?

But the thought raises another interesting point, because the codex points out that not all of the pulses from the Hanar are in the visible spectrum. And, in fact, when looking at the biology on our own planet we can confirm that not all signals given off by animals are immediately visible to all other animals. We personally are only sensitive to a relatively small section of the EM spectrum but there are examples even on Earth of creatures being sensitive to higher spectrums of light, magnetism, and electricity. In fact, given the biology of some fish we have to accept that certain forms of communication, long figured impossible on Earth, could be entirely possible on a distant world. 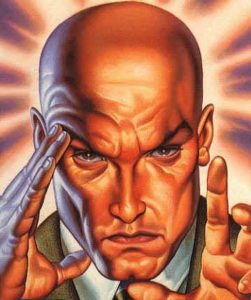 Though the traditional form of telepathy (the ability to simply read someone’s mind by proximity alone) is unlikely, the act of broadcasting thoughts to another creature is possible with the right evolution. While electrocommunication, a form of communication available to certain fish, is primitive and unsophisticated, that wouldn’t necessarily be true to an alien life-form. Aliens, evolved specifically towards greater communication within the invisible EM spectrum, could grow what are essentially organic transmitters operating on electromagnetic frequencies that would, for all intents and purposes, broadcast thoughts from one individual to another. This process, essentially making them like WiFi networked electronics, could be theoretically complex enough to send thoughts, feelings, and direct messages with relative ease. But, since we aren’t a race evolved to that kind of communication, direct contact between us could be very difficult – possibly even requiring cybernetic enhancements.

In the end, the kinds of communications we may encounter in the great beyond will likely extend beyond simply learning another set of words. The future of inter-species relations will likely depend on a variety of skills and technologies that we have yet to fully understand. As we encounter creatures of greater diversity, scattered among the stars and originating from very different evolutionary paths, we could encounter creatures which combine any number of stimuli to create languages we barely recognize as language. And, as we smart monkeys learn to adapt to this, we’ll soon have universal translators, cybernetic implants, and entire crews proficient…

(I write novels and midnight tweets about heat waves and insomnia. Thankfully few of these will be readable to our alien friends.)