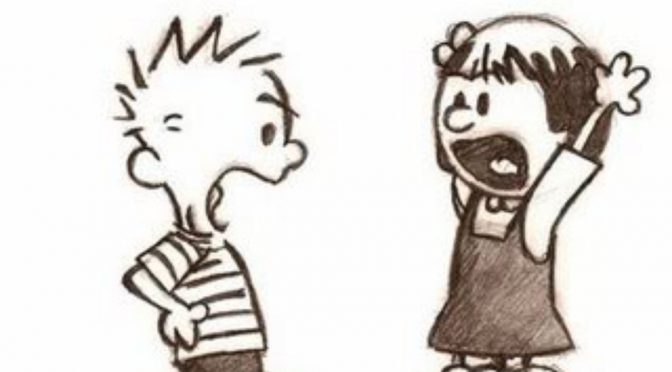 Over the years I’ve often been a proponent of making sure that your story comes before your message. Though you should always include part of yourself, you should do your best to actually avoid ever putting your own opinions ahead of the quality of your work. Emphasizing your opinions too much can overwhelm the material and make it difficult for people to really get invested in the narrative – serving to diminish both. After all, if people don’t care about your story they certainly won’t care about the themes behind it.

So I’ve often talked about the need to present the discussion as a natural part of the narrative. Reeling back your message to allow the discussion to be had on its own will generally present a better result with a more invested audience. And, as a natural result of putting yourself into your work, the message you intended to put out there will usually shine through on its own. By being fair, not forcing the audience to see it your way, and giving them a view into the topic of discussion that lets them get there on their own, you’ll have people who not only receive your message but feel good about getting there. Essentially, if you present an issue in a fair manner and demonstrate why you feel the way you do, either people will agree with your assessment or you’ll have given them something to think about.

But there’s a risk in approaching subjects a little too neutral. While you always want to avoid “soap boxing”, both to ensure the audience is receptive and to ensure a stronger narrative, you don’t want to remove yourself entirely. It’s a tricky balancing act, one that many people stumble on, but an important one none the less. Because when you do remove yourself from the equation and try to approach a subject completely neutral you’ll rarely get the result you desire…. 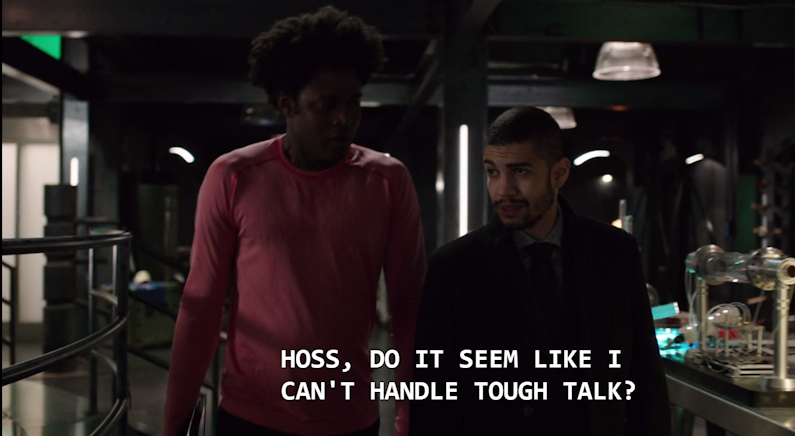 The balancing acts that writers have to achieve are probably one of the reasons why so many are angst ridden through much of their careers. It’s difficult to thread so many needles, making people invested without making them upset with you, saying something without diminishing you story, and meeting the demands of your fans without compromising your vision are all things that we have to consider. George RR Martin is beleaguered by fans who demand more entries in his series of novels. Anne Rice had a public meltdown over Amazon reviews. And JD Salinger disappeared from the public eye for years because the pressure of publishing had essentially ruined the art of writing for him. So it makes sense that people will want to control just how people receive their works – audiences are frightening and somewhat unpredictable. But a “recent” trend that I’ve seen is this need to sterilize someone’s writing in order to avoid offense, and that’s not something that sits right with me.

One of the most important aspects of being a writer is being confident in your own voice, understanding who you are and then expressing that through your work in one way or another. It’s important because your voice, the style you write and what you’e writing about, are the only things that really make one writer different from another. Each new person brings new ideas and new perspectives that aren’t found elsewhere. These ideas will reach different audiences, fit different moods, situations, and tastes, and will open up the eyes of some who haven’t been exposed to certain ideas before. You need to be yourself, and you need to express yourself, so it makes sense to include as much of who you are in your work.

But recent trends in wanting to avoid upsetting anyone have resulted in some creators taking a wrong approach. It’s true that you don’t want to actively upset someone if you can avoid it, but the idea of censoring yourself for the sake of avoiding conflict is almost the antithesis of what it means to be a writer. Industries have risen up around the idea of editing to remove offensive materials in works from all fields. And, while I can understand the intention behind it, I worry about what it could mean for the future of creative works as we enter a more polarized world.

The thing that brought me to thinking about this in particular was an episode of the TV show “Arrow” that aired as part of its fifth season entitled “Spectre of the Gun”. As part of a show primarily about superheroes and the sort of stories you’d find in there, very little social commentary really finds its way through the show over time. When it does, it has generally fallen in one direction or the other. However, when the show decided to tackle the subject of guns and the 2nd Amendment, they created an episode that came across hollow and even superficial. Though ostensibly trying to address the discussion, it managed to say nothing for the better part of an hour and ended in ridiculous fashion as a result.

Centered on the actions of a mass shooter (who was also a gun control proponent and victim of gun violence), the episode was an opportunity for the Arrow staff to approach a problem that couldn’t necessarily be shot away with arrows. Oliver Queen, protagonist of the show, had recently become Mayor and was faced with having to actually deal not only with the shooter but with the very environment that allowed people like him to exist. On its surface that sounds like a fantastic concept, especially with the moral ambiguity of the Mayor secretly existing as a vigilante who regularly resorts to violence. But as the show went on it became clear that the creators had no intention of really addressing the conversation at all. Though each character had an opinion on the subject they spoke in essentially nothing but safe talking points from each side and anecdotes that explained why they chose the sides they did.

Nothing was said that really added to the conversation, for good or bad, and no one really raised a point worth discussing. In fact, while being even handed in such discussions requires making sure no one is misrepresented, this barely passed as representing anyone at all. Though the anecdotes and talking points were present, they didn’t feel natural and came off rehearsed – sometimes even bordering on outright strawmen as they rattled off talking points without context. It was essentially a superficial recap of opinions you can see in any news article or comments section on the subject, and bereft of any sign of what the creators themselves even thought. In fact, by the end of the episode, Oliver presents a “solution” by “introducing” gun legislation which somehow magically gives both sides exactly what they want (and, by no mistake, has exactly zero detail into what that means). Despite spending an hour on it, they came to the conclusion that the solution is to achieve something just this side of witchcraft.

The thing is, throughout his history as a character across all mediums, most interpretations of Oliver Queen are incredibly political – often standing as a radical anti-corporate leftist and sometimes as an anti-authoritarian. How you interpret that character’s response to the gun rights debate is entirely up to you, but he would have a response. Though Oliver in the Arrow TV series did have opinions and seemed to represent the more Democratic party view, the idea he would be the guy who comes out at the end of it all with a middle of the road non-solution wrapped in the fairy tale that you can somehow give everyone everything they want is ignorant at best and lazy at worst. After all, this was a character who regularly took political jabs at his own teammates in the comics for decades. 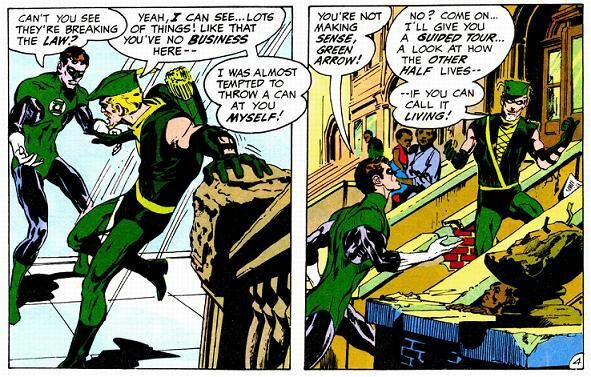 And it’s not that I’m just assuming they were afraid of the subject, they were quite clear about it. You see, Arrow features gun violence constantly, and yet this was the first episode to have a viewer discretion warning attached to it. They’ve also shown entire rooms and even neighborhoods killed or attacked by terrorists, super-villains, or once even a nuclear missile.  This same series featured a recurring set of villains known as “The Ghosts” who would break into rooms guns blazing and shooting down multiple people, including shooting multiple police officers and politicians, yet never received the kind of warning that “Spectre of the Gun” did. The conclusion is simple, it’s not the guns that they were concerned about, it was the conversation they were worried would upset people. You would wonder why they did it at all.

The thing is, I understand why they did it, I even understand why they had some of their characters quote talking points directly. But none of it felt like it came from the characters themselves and none of it seemed to reflect the feelings of the creators. In an effort to avoid offense, they entered a conversation without actually having the conversation. And, while the episode wasn’t terrible, it was pointless and most reviews you can find on it reflect exactly that. Because, without a direction or a reflection of the creators’ own views, what you got instead were sequences of tense dialogue that said nothing of their own…

And that even the characters themselves saw as only a distraction.

(I write novels and dabble in screenplays. I actually like the “Arrow-verse” despite how this post may sound. Sometimes I even live-tweet new episodes.)