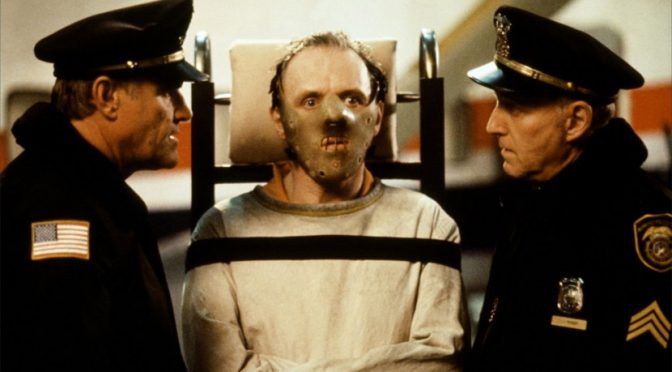 Years ago, when people were still feeling out the eBook market, I had what we would call a “rough year” and made a couple rash decisions. The first was that I was going to self-publish a book because I’d seen numbers suggesting that my chances with and without a publisher were roughly about the same. This was during that hazy time back when the economy was crashing and no one was confident about anything – advances were down, advertising was shaky at best, and Amazon was starting to eat enough of the market to kill Borders (ironically thanks to a deal they made with Borders). So, of course, I wanted me a piece of that action.

But self-publishing lead to my second rash decision: I was going to start trying to promote myself – something that anyone who knows me can tell you was probably the bigger mistake of the two. My personality, in real life, is fairly conflict driven and yet introverted. For those of you doing the math, yeah, that generally means I’m my own worst enemy. So the idea of trying to be my own hype man is a bit like having Moriarty give the elevator pitch on Sherlock. Sure, he’s well aware of Holmes’ strengths, but he’s also invested in ruining the guy.

Still, I went about making content on a fairly regular basis by starting this blog. It wasn’t a vanity project as some critics have suggested, but an attempt to look like I know what I’m doing. Perhaps, with enough effort, I can find my audience and make those efforts worthwhile. And, despite everything, there is a benefit to the fact I second guess every move I make: I am constantly using this blog to do a self critique.

As such, I occasionally go back through old posts, old work, and old concepts to find new ways to hate on my younger self. It’s beneficial, despite how I make it sound, to take stock of what mistakes I made in the past and then learn from it. I know I’m not perfect (something we should all keep in mind), and that I have to constantly improve to progress. So I’m willing to give myself an honest performance evaluation every once in a while. There’s just one thing I tend to regret about these evaluations: I end up re-reading or remembering comments I’ve gotten on the internet.

This is a little dangerous, because part of me always wants to respond – and that would be a real mistake…

Keeping On The Mask 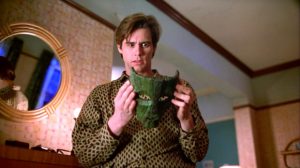 One of the hardest things to accept about creating content on the internet is that your content has given people permission to talk shit about you. And the thing that can really compound that problem for you is that it is a blank check for that shit talk. Yes, there are lines where you finally fight back, but in general they get to say whatever they please and the very best thing you can do is just not respond – at least not on their level. I know from experience that the urge to respond to someone can be overwhelming when shit really hits the fan, but taking on the detractors on their turf already means you lost control of the situation. And if you’re serious about being a professional, not losing control of the situation is more important than anything. Because, even if you’re being yourself, this is literally your public relations and you can’t afford to let someone else take the helm.

Though we shouldn’t move to disregard all feedback we get, there are some times when that’s just the best way to go. These are the comments that aren’t actually providing anything constructive, just finding ways to bring you down, and back in the day I had trouble dealing with them. People tend to use the internet as the place where they can use their words to posture over each other. It’s not everyone, and I wouldn’t say that the internet’s a terrible place (others have done it for me), but there are enough of them to be a concern. And, unfortunately, engaging them directly is the worst thing you could possibly do.

It was about eleven months ago that I managed to catch the attention of several thousand pissed off Trekkies and had a few hundred of them fight it out in my comments section. Not all of them were pissed off at me, mind you, and most of the insults were flung at each other. But in that time I saw several people say some things about me that I had to reel myself back from. I had become something of a controversial figure for about a week as people even wrote articles about how very wrong I was. In fact, the articles about me being wrong ended up being shared everywhere too. As I said to one of my friends, “I really hope this isn’t my fifteen minutes”.

At the time I was conflicted about what to do. There were people telling me I was trying to deceive others, others who questioned my motives, and a third group who just figured that I needed to be educated on the subject by someone smarter than me. None of these were particularly outrageous, but the funny thing about having an inner asshole, despite my touch of imposter syndrome, is that it doesn’t like to back down from outside insults. Sure, I’m going to talk shit about myself, but others don’t get to join in because only I get to kick my ass. Moriarty isn’t my friend but if anyone’s going to kill me it’s going to be him. So the struggle at the time was telling myself not to jump into the fray – after all, what if this was my one chance to become noteworthy?

They assured me it probably wasn’t, and then kept assuring me as the traffic numbers returned to normal. And for months after that I saw the same numbers I had before – then a week and a half ago the numbers spiked again. The odd thing was it was for an article I hadn’t shared anywhere for almost 3 months by the time it was suddenly bouncing around and drawing in thousands of readers. And, stranger, there were no comments to be found. How, exactly, was this traffic appearing out of nowhere? I had to hunt it down. 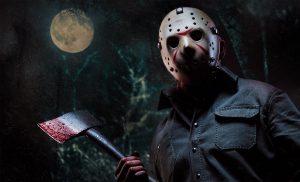 It was after a brief search that someone pointed me to the fact that a group had been passing around the link on twitter and Facebook in relation to something they were currently pissed off about. And, to my joy, the reason why no one was commenting was that most people actually agreed with me. But there were a couple out there that once again, by tradition of the internet, had to take a swing for me. And, once again, I almost took the bait and went swinging back at them. But here’s the thing: sitting there, having hunted down these comments when they weren’t even on my site, I realized this is exactly where Anne Rice (Interview with a Vampire) made a mistake over a decade ago.

For those unfamiliar, Anne Rice made a bit of a mistake in 2004, after having dozens of successful novels she had hit a bit of a stumbling block when she released Blood Canticle – ostensibly the last book in the Vampire series. To put it bluntly, people didn’t like Blood Canticle and Anne had made the mistake of looking at the reviews on Amazon. Writing out an essay-like response to her critics, Anne posted her response to Amazon and, I imagine, instantly regretted the decision. We all like to think we have the right to fight back, but as Anne did she found that her response actually became more newsworthy than the negative feedback she was getting. She accidentally created a situation similar to the Streisand Effect as she let her PR mask slip.

Though people are generally applauded for being close to their audiences, we can’t forget that they are still our audience. We can’t afford to forget that because part of the PR game is remembering that you’re not just marketing your product but yourself. If people don’t like you, they won’t support you, and if they don’t support you then you’re in trouble. Anne survived because Anne waited to do it until she was already huge and most people who were offended were already claiming they were going to drop her books after reading Blood Canticle. But had someone on my level done so, at a time when I only receive this sort of feedback when I finally get a major push, it would have been tantamount to killing the audience before it could mature. As much as what I put out there on the internet is about being honest and representing myself, it’s still a very controlled version of who I am, an attempt to represent my stronger points and fight back that inner Moriarty. It is, though a representation of me, a mask that I wear.

So why would I risk that mask to talk back to some people who honestly seem to have nothing better to do? Instead, you take the negative responses, measure them against the positive, see if there’s something you need to change and then move on. Tough as that is, it’s the only healthy and productive solution there is. Even in the process of writing this post, I’m not looking to respond to them, instead just point out to someone else that feels that urge to swing back that they shouldn’t. You’re not alone, we all get shitty comments, and we have to keep ourselves from responding directly to them. If you have to do it, do it on your turf, in a controlled setting where you can guide the narrative. It’s a lesson I wish I’d learned earlier because, honestly, I’d fought back a few more times than I should have. Now, for the most part, if I’m going to be fighting…

It’s going to be with myself. (yeah, I know, it’s from Liar Liar, the theme got away from me.)

(I write novels, dabble in screenplays, and make silly tweets. I’m already second guessing myself for this one, but I’m hitting the publish button anyway)