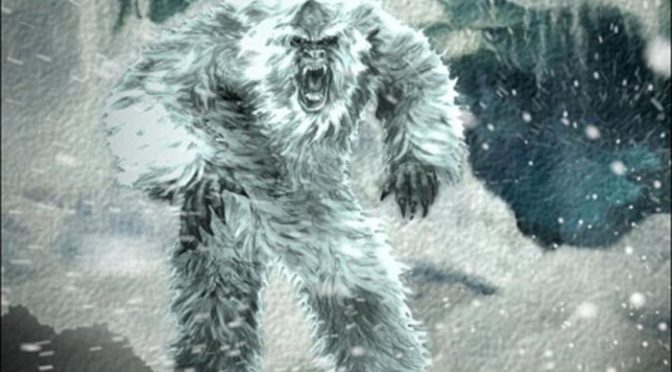 In the Alters’ World (and the Agent of Argyre series), creatures of legend reveal themselves to the world. Born through genetic abnormalities, defects and mutations, the Alters have lived for centuries as outcasts of human society, hiding their true nature from the world while colorful stories have been written by many to describe what they’ve seen. How are these creatures different from what was described in the stories? What relationship do they have with humanity? Every entry of the Alterpedia will delve into a new creature from around the world. This week we cover: 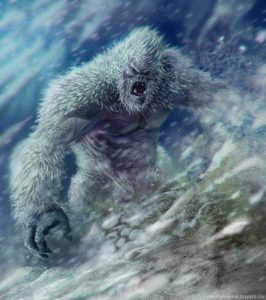 Across the vast reaches of the Himalayan mountains, stories exist of a creature which resembles a man but decidedly more wild. Crossing the boundaries of language and culture, the peoples of the mountains have spread these stories and given these creatures many names. With names variously meaning “wild man”, “bear man”, and “snow man”, these creatures eventually became renowned across the world as “the abominable snowman”.

Considered similar to the Sasquatch of North America, the Yeti is a creature thought to be an undiscovered great ape living in the harsh and remote environments of the great Himalayan mountains. Though stories of these creatures have existed for centuries among the locals it wasn’t until the 19th century when word spread to the rest of the world and these creatures became a part of the world’s collective consciousness. With their great stature, human-like traits, and the ability to live in one of the harshest environments of the world – the Yeti stands as one of the more fascinating cryptids to be rumored to walk this earth.

But what are they exactly? Are they really just a bear mistaken for a man or the product of an elaborate hoax? And, if they were as elusive as the Sasquatch, why do the locals have so many names for them…? 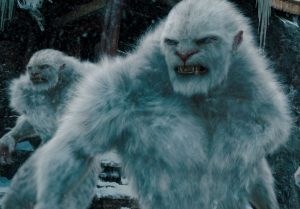 Despite their many names, stories of the actual physical traits of the Yeti are quite consistent across the many cultures. The Yeti is a bipedal great ape somewhat taller than a  human and covered in a thick fur coat. Their feet, like the Sasquatch of North America, are quite large – leading to associations between the two in popular culture. However, while the Sasquatch tends to range the colors more commonly associated with the great apes of the world, the Yeti tends to be a snowy white color, to the point that some even believe it to actually be a literal ice-man.

Ancient stories have associated the Yeti with literal ice beings with mystical properties. In fact, the blood of a Yeti was said in some cultures to be beneficial to ceremonies and it was said that they were required for certain religious sacrifices. Traditionally, these creatures needed to be killed with arrows, their scalps worn like hats, and their blood mixed with various other animal blood in order to appease the god of the hunt. The reasons for this are uncertain, as it’s said that it would be difficult for someone from the west to fully understand the significance of the Yeti in such ceremonies.

However, another potential theory of their origins states that the Yeti are actually a branch of humanity – a group of people who had wandered into the mountains long ago and had lost themselves to their more primal natures. This theory states that they have changed physically over time but that they are not actually the animals they appear to be. However, having been removed from human civilization for so long, they now don’t realize the truth of their own nature and respond to other people with hostility. In fact, according to the people who propose this theory, the Yeti may even be more wild than wild, as they supposedly feel nothing but hostility for humans and would have a harder time being tamed than even a wild animal. 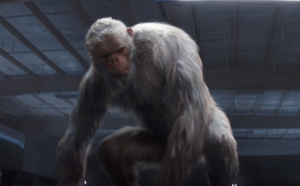 Similar to the final theory, the Yeti are a branch of Alters who migrated into the high Himalayas during the Alters’ great eastern migration prior to the founding of Mu. Standing taller than the majority of humans but still shy of the heights that would classify them as Giants, the Yeti strike an imposing figure to those who would come in sight of them. Their arms have grown longer and stronger for the extensive climbing they must do and their feet have grown larger to better traverse terrain that would normally require the aid of snow shoes. As such, they tend to have an ape-like gait and leave some fairly impressive tracks. 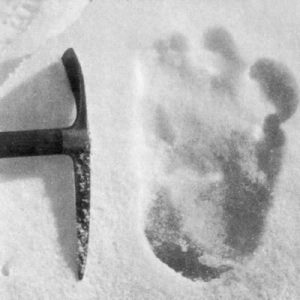 Their greatest adaptations, however, are in their adaptations to the cold. The average Yeti has a fairly substantial layer of fat compared to the great apes they resemble, assisting in their insulation against the cold and the difficulty of securing long term food supplies. On top of this insulating layer they also have a fur coat which greatly resembles that of arctic animals. Like a polar bear, their fur is structured in a way which traps warmth close to their body and protects against water. This coat is also responsible for their reputation as “snow men” as it the individual hairs are clear like polar bears – resulting in a white color as light refracts through it. This both allows them to blend in with their snowy environment from a distance but also gives them a slight sparkling sheen that makes them appear ice-like from up close.

Though the evolution of their ape-like appearance is often linked to the idea they may be from the same branch of Alters as the Sasquatch, this is actually the result of parallel evolution. Surprisingly, while having incredibly similar physiology, the two only have distant connections dating as far back as the height of Atlantis. In truth, the Yetis’ closest relatives are actually the Vanara of India, another ape-like group of people known for being important in the history of the region. Though this connection is well known, researchers have difficulty determining which of the two races came first, and may even have a common ancestor. One piece of evidence to this theory is the origin of one Yeti name, “Bun Manchi”, which indicates Yeti may sometimes live in jungles. However, if they did have origins in the jungles, modern Yeti have lost the ability to sweat through their adaptations to the cold and struggle in warmer climates – resulting in few modern Yeti living in such environments. 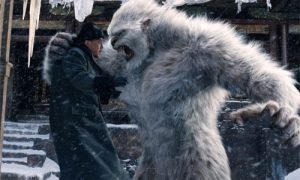 Though Yeti encounters are few and far between and they’re generally understood to be reclusive before all else, most sources agree that they are quite hostile to humans. The general understanding among certain groups in the Himalayas is that even seeing a Yeti may eventually result in your death. However, the cause of death ranges from being a supernatural curse to being the actual actions of a vengeful Yeti. However it goes, what is known is that the Yeti is not to be trifled with and many groups in the mountains have an antagonistic relationship with the creatures. For those who believe them to have once been human, this is due to the fact that the Yeti has lost all compassion for humanity in their isolation. For the others who see them as being from a more divine origin, this is due to them being a force of nature – a challenge set in front of them by the god of the hunt. 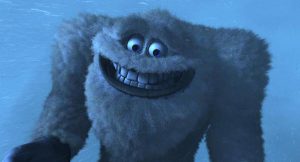 In truth, the Yeti had very little idea of the existence of mankind for a very long time. Yeti villages are incredibly remote and were completely inaccessible to human explorers until fairly recently. In fact, while Yeti language developed alongside human languages in the area, the group has been isolated for so long that they still speak a Sino-Tibetan proto-language within their own settlements. As a result, what encounters were had between the two generated legends not only among the humans but the Yeti as well. From their perspective, the humans they encountered were the supernatural outsiders and to be feared.

When the knowledge of humans being real did become wide spread, Yeti response was nearly as fearful and hostile as the legends said. Yeti were concerned that these “violent lowlanders” would eventually hunt them all down and that the only solution was to take a militant position on all human encounters. Yeti would actively avoid humans whenever possible, eliminate witnesses if necessary, and even move entire settlements to avoid discovery. In some instances, Yeti even purposefully began avalanches to destroy evidence of their settlements or eliminate hunting parties. Though this would give the impression they are a violent people, the truth is that they were given considerable reason to fear the outsiders they were fighting against.

In modern times, particularly during the migration of Tibetans into higher mountain settlements to leave control of the Chinese government, Yeti opinions of humans have softened and it has been some time since a Yeti has intentionally harmed a “lowlander”. In fact, coming to know of their reputation as “snowmen”, the Yeti have become enamored with the idea of building men out of snow as the outsiders have done. Though Yeti art had previously consisted of sculpture, they had never considered the practice as snow was generally seen as an inconvenience rather than an art medium. However, with their great tolerance for cold and the knowledge that their creations can exist for some time in their environment, Yeti have been perfecting their art…

And hope to one day join in the competitions.

(I write novels and dabble in screenplays. Hopefully in the coming weeks I’ll have something to announce. In the meantime, follow me on twitter!)