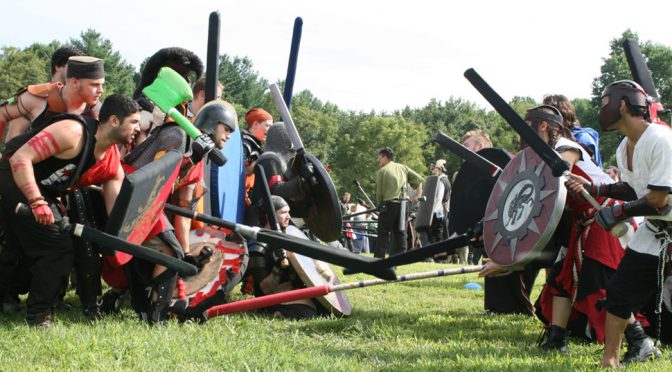 As I’ve been saying for many years to anyone that will listen: all things can be inspiration. You can learn from your life experiences, from the things you watch, the activities you take part in, and even the conversations you have from day to day. Your experience with your friends and families can teach you dialogue. Your favorite shows can give you an intuitive sense of pacing. Not everyone picks up on the fact they’re learning these things, but when they stop to pay attention it can become a tremendous tool to improving your craft. And most of us know that you should read and watch everything you can. But, sometimes, there are things that can greatly benefit you that would normally be overlooked – peculiar inspirations.

A lot of these things that I would call peculiar inspirations are things that you normally wouldn’t think of or would have a reason to avoid. My screenwriter friend objected to the notion of taking an acting class, but I still think to this day it helped me get into the minds of my characters. It probably sounded silly when I suggested the benefit of watching pro-wrestling, but there’s so much instantaneous audience reaction it’s hard not to see what the masses like. And today I come to recommend to you the benefits of role playing. 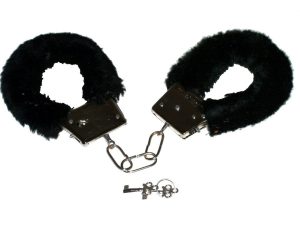 No, not that kind, the kind with the dragons… 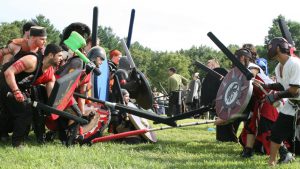 I’ve never been shy to admit that I’ve had some incredibly nerdy hobbies in the past. I’ve been a fan of sci-fi and fantasy stories since I was a wee lad and I was reading non-fiction science books since I could read. But one of the nerdiest hobbies I’ve had in my life is role-playing. For a solid two-thirds of my life I’ve been part of RP groups that have been a fairly substantial part of my free time. In fact, for most of that time I’ve been a role that would conventionally be called a DM. Though I’ve never gotten into premade systems like Dungeons & Dragons (I like building my own worlds more), I’ve been running free-form RPGs on multiple mediums for the majority of my life.

In recent years it’s become a lot more socially acceptable. Since the likes of Vin Diesel came out to say they’ve played D&D, suddenly it’s okay for everyone else to admit it. And the list of people who’ve played these games in the past has been growing ever since. Several YouTube channels and websites even feature live-streaming of D&D campaigns being played by celebrities, voice actors, and creative professionals. Given that, at one time, it had a terrible stigma associated with it – the list of people who freely admit to playing the game in the past is often surprising.

However, while it’s true that it’s becoming more acceptable, the idea of role playing is still a little odd to the majority of people out there. After all, it was a niche hobby for so long, it’s still something that invokes images of people with no lives sitting in a basement. So with an image like that, it’s easy to understand why it would be hard for people outside of that community to understand the benefits of a game. But I’m here to say it can totally help your writing and give you insights not only into the nuts and bolts of your own work but of the audiences you hope to target, starting with… 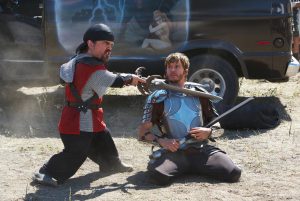 As a role player, one of the biggest advantages is something shared with acting – truly getting into the mind of your character. You’re going to drive their actions every step of the way in a very direct fashion and if you’re going to play them right you’ll have to think like them. This is true as a writer too, in  a sense, but it changes because as a writer you’re controlling the actions of your character and the world around them. The fact is, as a player, you really only have the control of one character and the rest of the world is beyond your control (unless you become DM). And, while this is somewhat less complicated, it forces you to do something that you aren’t forced to do as a writer – react to uncertainty. 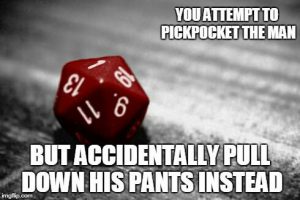 As anyone in the community can tell you, the fate of your character is often up to question. And, since this is the case, a lot of times you will become emotionally invested in them on an unexpected level. Every decision made by the DM or the roll of the dice is one that you have to deal with as your character. You don’t have the luxury of knowing your character is okay because you don’t plan on killing them until book 6 of a series. There is no genuine plot armor in the average roleplay. And, even if the DM shows you mercy and doesn’t eradicate your characters over the roll of a die, your character can fail for reasons beyond your control. This is at once frustrating and a valuable learning tool for your work.

Consider, since you often know where a character’s life is going, you may not always have them respond in a way that’s natural. Despite every effort to distance yourself, it can be easy to bleed in some of the confidence or despair associated with the decisions you made for events down the line. But your characters, existing within your world, should have no real idea of what’s coming. In that way, a believable character, well rounded and alive, is likely to respond to everything as if it’s uncertain – something you’d get a lot of practice in as a player with a fate decided by the roll of dice.

But, let’s say you don’t like having that little control and run the campaign yourself – becoming the DM wouldn’t be the end of the learning experience. 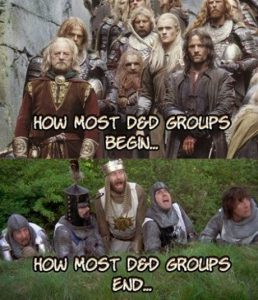 One of the greatest benefits of being the one in charge of the game is being forced to be flexible when situations change. A lot of writers I’ve encountered over the years have a terrible problem with making sure that scenes they have in their head don’t become more important than telling a good story. They become so fixed on getting a specific result from scenes that don’t really fit the narrative anymore that they’ll derail other parts of the story in order to make that part work. And I’ve warned against it in the past. But you know what will force you to learn to be flexible? 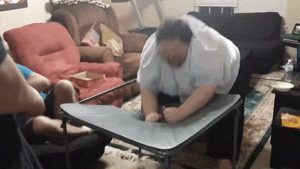 There has never been a campaign in the history of any RPG that has ever gone exactly according to the DM’s plan. People are by their very nature unpredictable more often than not and generally they’ll force things to go down different roads than you initially intended. A good DM understands this, even expects it, and plans for the possibility that something is going to go off the rails. You can’t simply build the world directly in front of the campaign, you have to have all the details along the edges just in case they decide to turn left instead of right when they reach a fork in the road.

Maybe you intended to sacrifice a virgin from the party but the drunken one night stand two of the characters just had means you’re going to have to settle for sacrificing someone slightly used. Maybe you planned a grand adventure but the group has decided they’re going to wander a sleepy village instead because the place is populated by friendly frost giants and they want to see the culture. Hell, I once had a player try to destroy the universe because college classes were getting him down and he just wanted to watch the game world burn. Are you going to be mad about it? No, because if you get mad at your players for changing the direction then you’re missing the point. 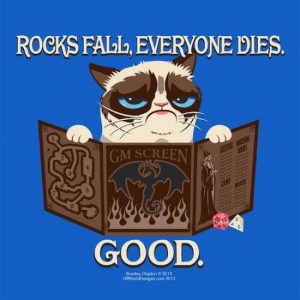 There is so much to learn from figuring out how to respond to what is essentially herding cats. Every player brings another example of human nature to you and gives you insight into how they think and how they think others think. Every conflict between party members gives you a view of fights people really would be having in this sort of environment and situation. Every chaotic shift in direction is a chance for you to learn to adapt instead of digging your heels in.

Eventually this leads to an end, one way or another, and it may not always be the one you originally planned. The group might find a witty solution to the problem you presented them that you just couldn’t think of on your own. They may have decided to join your villain out of nowhere. Or, more often than not, the whole party suffers an ignoble death because things just weren’t going their way. And when that happens you can take notes of how it happened, learn from it, and start all over. 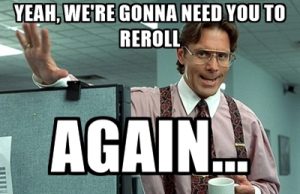 When that ending does come, one way or another, you get to try again from a different direction. Either everyone has to create new characters from scratch because they died or the story actually reached a conclusion and you need a new adventure for them. However it happens, there’s an incredibly high turnover rate for ideas in the RP environment. Just in my own experience I’ve gone through well over 200 events that could be considered “campaigns” and at least 70 different settings. Those numbers are ludicrous, by the way, because some of my players are incredibly fickle and require new material almost constantly. But even if you stick to just playing D&D, the typical campaign only lasts a couple months before you have to start over again.

These opportunities to start over also come with a great benefit – no pressure. Every time you start over it’s among friends in a place meant purely for fun. You can experiment all you want and watch ideas succeed and fail without repercussions. There are no agents, managers, or editors to worry about and your audience consists of a handful of people in your inner circle. Sure, sometimes it may be uncomfortable finding out an idea didn’t go right, but at least you’ll get a chance to try again. I’ve even known people to be happy to find out that their character was dead because they stopped liking them ages ago. Try to imagine something like that happening in a work environment and realize just how different that is.

The lack of pressure doesn’t detract from the experience either.  When things go right, there’s always some pride involved. There’s a sense of accomplishment not only from making something people like but seeing it through to the end. I’ve even known people who’ll happily brag about the outcome of their games as if it was a personal achievement. Because, while it may just be a game…

Everyone at the table is usually invested by the end.

(I write novels and dabble in screenplays. Someday, I wish to be added to that list of nerds who became a success. Until then, you can find me on twitter.)