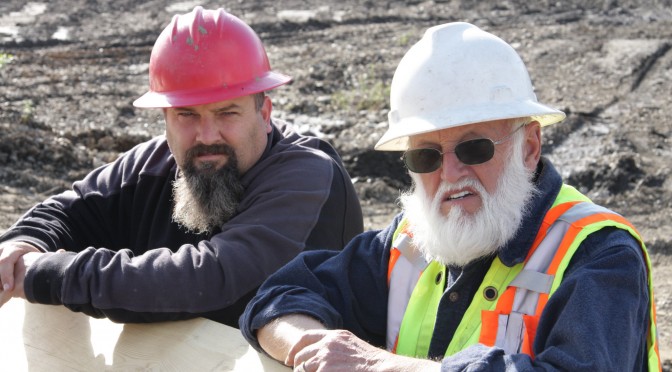 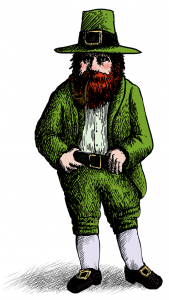 Mischievous, greedy, strangely well dressed for people who live underground – The Leprechaun are forever tied to the traditions of the Irish people. Though, like almost everything about the Irish across the ages, the Leprechaun have been treated unfairly as inhuman creatures with a sometimes evil origin and borderline evil behavior.

So, in the interest of giving them a fairer shake, let’s take a look at these figures and how they really relate to mankind.

Leprechauns, being children of evil spirits and degenerate fairies, are diminutive in size and possessing fairy traits. Often no larger than a child, they still sport beards, usually red in color though sometimes depicted other shades. Their clothing has changed from region to region, traditionally red or brown in the old days but turned green in recent tradition. The depiction of the Leprechaun in red was associated with the idea that they were “solitary fairies”, which traditionally wore red, while “trooping fairies” which lived more socially, wore green. 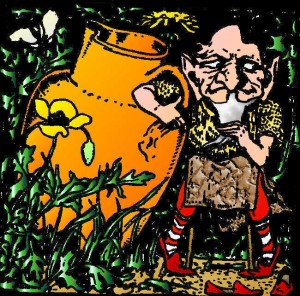 Leprechauns, being a relative of the gnome and dwarf families, do have a short stature and youthful appearance most of the time. However, they are not typically the size of small children, though some extreme cases may occur. Rather, most Leprechauns range from the height of young adolescents to just slightly shorter than typical people of their community.

They’re also quite commonly sporting a beard, though this is more cultural than a matter of physiology. The color of the beard varies greatly, but as there is a higher tendency to have red hair among their people, this is truthfully the most common version. Their height is not nearly as short as people have claimed, the shrinking of them to the size of a small child being a result of them being marginalized by the growing christian movements in their native lands… an ironic thing as many of them are catholic. 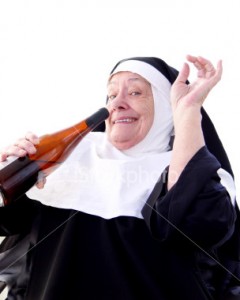 The color coding of Leprechauns has long been related to the tendency for colors to be used as a means of identifying loyalties. This became particularly important during British colonial periods as the Leprechaun was prone to gang activity. During these times it was rough being short, being Irish, and most especially being both. Luckily for them, they also had a tendency to be scrappers, producing some rather unfortunate images over the years that have remained in the cultural psyche over the centuries.

The Leprechaun, gifted with magical powers, can grant wishes to anyone that captures them (like a genie) and have a keen ability to find buried treasure which they somehow magically place at the end of the rainbow.

The legend of wish granting is complete and utter bullshit cooked up as a reason to convince people that you should harass any Leprechauns you may encounter (or, more often, any short, tipsy Irishman). The added accounts of their hoarding of treasure was also embellished slightly. Leprechauns have a keen sense of business, along with a naturally heightened awareness of where precious resources may be found. This is easily attributed to a greater than average awareness of the natural forces around them such as magnetism and shifts in gravity. Aware of these forces, the Leprechaun may find buried objects, especially things such as minerals and oil deposits. 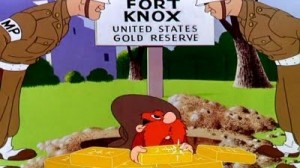 Leprechauns were typically depicted as making and mending shoes, sitting on a great deal of riches but still being subservient to humans. Often times, they were only mentioned in stories where they’d been somehow brought into the service of humans.

Leprechauns are actually quite adept at gaining riches and controlling the flow of resources. Their natural talents of finding things such as oil, gold, diamonds and whatever else you may dig out of the ground has made them incredibly wealthy over the years. They also have a knack for accounting, especially in terms of commodities trading (something they’ve been firmly in control of for centuries). 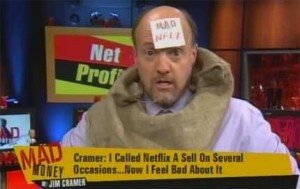 Though sometimes the disguise is too thin to be plausible to anyone. 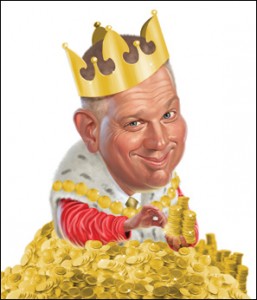 Leprechauns are depicted as solitary figures that live underground and hoard treasures for no apparent reason as they mend shoes. Obviously, they get bored from time to time and use their magic for mischief, tricking humans to amuse themselves. When up to something unusually mischievous they’re known to jump onto walls, stand on their heads and spin with their feet in the air, balancing on their distinctive hat. 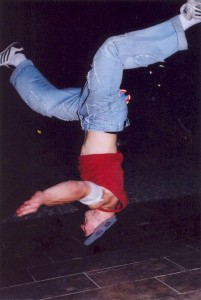 Sadly, most of it is true. The modern Leprechaun is prone to obsessive compulsive disorders, doing menial tasks repeatedly and hoarding everything they can find. Their hoarding is often so severe that they have often used objects for purposes other than what they were meant for, such as cook pots being used to hold their collectables. Their intelligence, keen awareness and mental condition has a tendency to drive Leprechauns towards further addictive behaviors… such as drinking. 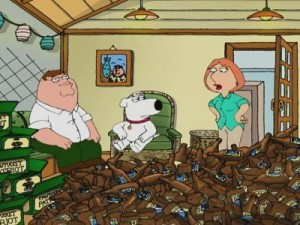 And there in lies the curse of being a Leprechaun: they’re dicks when drunk. Practical jokes, abusive behavior, dancing like an idiot on table tops: they’ve done it all at one point or another. The long standing myth of the drunk Irishman (used so often as a stereotype for their people and culture) can be attributed not just to simple racism but also to the actions of the wee folk. 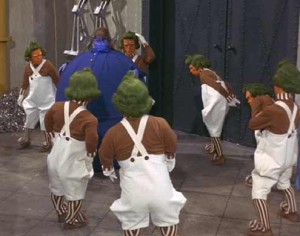 But, like many traditional alcoholics, many Leprechauns don’t realize what they are until it’s too late.

So from time to time, as you recover from your personal binge drinking, you may find some of this sounds familiar to you. You may vaguely recall tricking your friends into drinking something that wasn’t quite “beer”. You might have had enough alcohol in you to kill a small elephant. You may have waken up in a pile of crap that you collected over the course of one black out session, mysteriously shiny coins in your pocket that you didn’t have before.

If you’re a Leprechaun, know a Leprechaun, or just drink like one, drink responsibly and have a safe time. And, as always, buying a copy of one of my books is greatly appreciated.