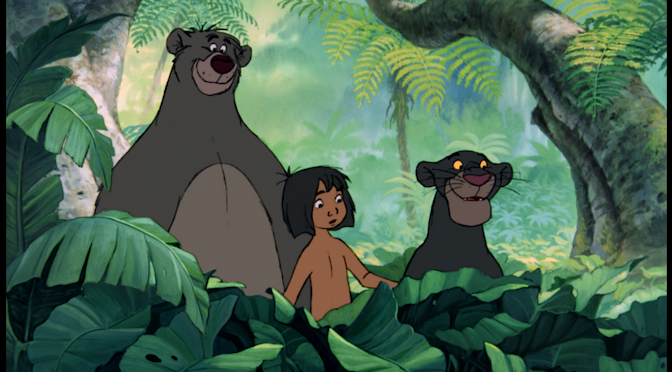 In the often busy and somewhat noisy world of media news, it’s often easy to overlook stories that don’t necessarily reach your particular interests. A lot of people likely didn’t notice the fact Blade, Ghost Rider and Punisher reverted film rights back to Marvel in the last week. Similarly, while a lot of people were hyped about it, it’s possible someone didn’t hear about the fact Ghostbusters 3 may end up featuring an all female team. But what I know a lot of people missed was that Bill Murray has been signed to a different movie… a live action Jungle Book. 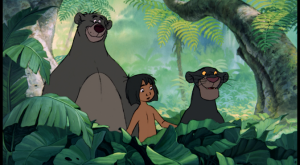 He’ll be voicing Baloo the bear. Yeah, Bill Murray is going to be the bear that sang “Bear Necessities” in the (first) Disney movie. Right now people are hopeful this “live action” business is CG animals surrounding a live child because very few people want to see Bill Murray in a bear suit.

It’s to be expected in today’s environment: we’re doing live action remakes of everything right now. Far be it for me to jump onto the anti-remake bandwagon – I actually get excited about some remakes. But what we have here is a trend where we’re taking films that were specifically more interesting as animated features in order to make them more profitable by appealing to a more adult audience. Frankly, a movie with talking animals is rarely a good idea in anything other than animation.

Disney knew this too. The last time they took a swing at a live action Jungle Book movie they did it with trained animals and Jason Scott Lee doing most of the translating of body language as a more adult Mowgli. 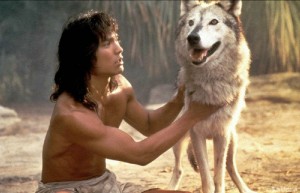 It’s clear here what’s starting to happen. After the success of projects like Alice in Wonderland, Oz the Great and Powerful, and Maleficent; Disney has become enamored with the idea that CG with live actors cuts down on the pesky task of drawing films. And nothing quite proves it like another project they supposedly have on the burner… Dumbo. 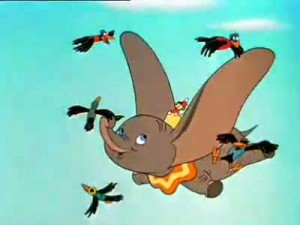 Let your potential aneurysm pass and click the jump. 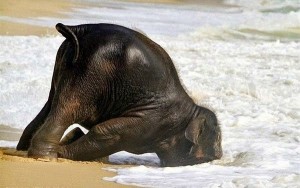 Dumbo is the story of a young circus elephant who could fly. Though he believed it to be the power of a magic feather, the truth was that his over-sized ears were keeping him aloft and that the ability was in him all along. Helped by his friend, a mouse named Timothy Q. Mouse, Dumbo becomes one of the leading acts of the circus and is reunited with his mother as they live happily ever after in the circus.

It’s not exactly a complicated story.

So my question is simple: what the hell do you need a live action version for? The majority of Dumbo’s speaking roles, like the Jungle Book, were animals. The animals are thus going to either not speak or, if they do speak, be animated with CG. Dumbo himself is clearly going to be animated with CG because no amount of lift is going to get an actual elephant off the ground.

That means that the only reason they are going live action rather than fully animated is that they’re going to cast some actors into the human roles. These characters played an important role in that short but sweet movie about the conflict within the circus elephant hierarchy and Dumbo’s quest to get back to his mother. Why, without the human characters of Dumbo, you’d be missing a whole one speaking human character. 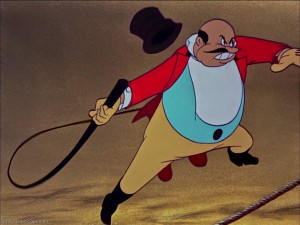 So of course, the goal here is to get a big name into the role of the Ringmaster like they did with Angelina Jolie, James Franco, and Johnny Depp. But you’d probably have a problem getting an A-lister to be the human star of a movie where their role would be the human tormentor of the innocent elephant calf that’s just trying to fly and be together with its mother. In fact, I’d go so far to say that they’re going to rewrite the film entirely to be about the human characters rather than the titular elephant. But, of course, I could be wrong and it’s entirely possible that the creative team being brought onto this have a good grasp on how to create a good supporting cast of humans without watering down their fantastic titular character. Who did we get for this?

Okay! So you’ve got a scenario where you’re dealing with a remake of an animated classic where the odds are very likely that you’re going to flip the narrative to focus on the very expensive human actors you’re about to shoehorn into it. And the man who you’ve entrusted with the screenplay of this endeavor is Ehren Kruger, a member of the crack writing team that introduced us to such rich characters as…

Girl who bends over cars 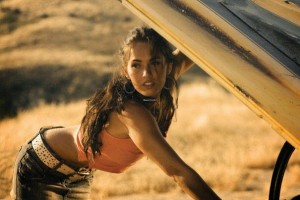 Girl who stares into space 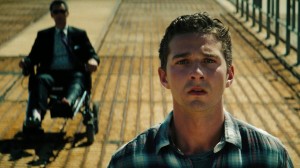 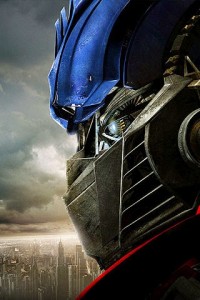 And the only likeable character in the franchise: car robot with no dialogue.

I’d almost be willing to take bets right now on whether or not this film clocks in under 50% on Rotten Tomatoes if it weren’t for the fact I knew everyone would be going safe money with “rotten”. Yes, there’s a chance that it could turn out better than that, but I’m not confident with one of the crew behind Michael Bay’s Transformers. The worst part is that Kruger wasn’t even involved in the passable original Transformers which was dumb but fun. No, Ehren first contributed to the franchise in Revenge of the Fallen. That’s right, this man first entered the franchise in the same movie that managed to show us a set of characters considered so stereotypical that they’re best compared to the crows from the original Dumbo.

To say that I lack confidence in Kruger’s ability to make deep characters wouldn’t be doing it justice: given his filmography, I’d almost trust Freddy Krueger more with a children’s movie. The reason I point out the similarity in names to such a famous horror icon is precisely because of that filmography. Ehren’s other major film contributions have included the likes of Scream 3 and 4, The Ring, The Ring Two, and (scariest of them all) The Brothers Grimm. This man hasn’t touched something heart warming and inspiring in his career as far as I can tell.

I’m going to give him some credit though and go ahead to assume he’s not going to try to turn Dumbo into a thriller about killer elephants. So here’s what I want you to do right now: save this page and write yourself a note to come back to this page when the movie finally releases. I’m going to put my pride where my mouth is and write down a prediction right now as to what the basic premise of this film is going to be. I am so confident in the fact Kruger can not be more original than this that, if I am wrong, I will write an open letter apology to Kruger where I proclaim my respect and admiration for his body of work. So I want someone to remind me of this when this film releases if he’s still attached to is so I can pay up if this is wrong.

Dumbo is the new born elephant of a down on its luck circus. Passed down through generations, this circus is on the verge of closing as the modern world passes by the simple circus life. The newest ringmaster, Sexy McSexypants (name to be determined), is young, inexperienced and desperate to save his family legacy. The bank, ready to foreclose, is breathing down his neck – sending an overbearing and difficult man to act as their proxy. McSexypants is assisted in this by his love interest, the compassionate animal-handler/sexy lion tamer/graceful acrobat (pick one) as they try everything they can to save his family’s business. Through random chance, they find that the youngest elephant, Dumbo, has the ability to fly and plan to use it to save the circus for years to come by using him as the new lead act.

Seriously, when this movie releases, if someone contacts me and shows me that I’m wrong about this, I will write that open letter of apology. But I’m pretty confident in this. I know it’s bad form to throw another writer under the bus (especially one who’s been a producer for a few films). But, if you’re going to flip the script on something like this, it probably helps to get the guy most likely to make this work. And as for whether or not the plot outline I just laid out would be a bad movie? Not necessarily, it could even be decent. But let’s just say…

(I write books. If the plot synopsis is inaccurate, I’ll also write an apology to Ehren Kruger if he’s still attached to the project. Be there!)