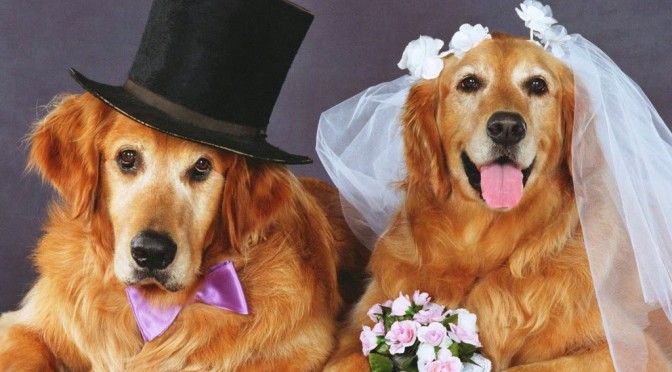 The social media age has long been upon us and people are excited for all the new content suddenly at their fingertips. Once upon a time you had to subscribe to a magazine and wait every month for a new issue to come out. But in today’s fast paced society you’re sent a stream of new information constantly that never stops. You’ve always got something new coming to you and you see more things now than you ever did before. Just one problem, all that content has slowly been disappearing from your Facebook feed. 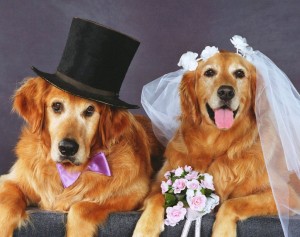 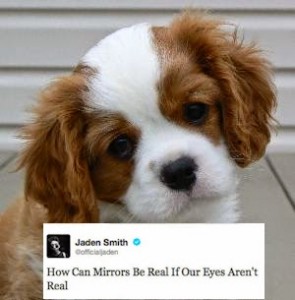 Truly, the dumbening of society has set in. And, considering I just used “dumbening” as if it were a real word, English may never recover.

But where did all the content worth looking at go? When you search the internet you know it’s still out there and there are some that you go back to time and time again. It’s just mysteriously vanished from your social media accounts as if they never there in the first place, replaced by an endless wave of photos, stupid quotes, and invitations to play games you never want to play.

Where the hell did it go? What’s been done to it to make it run away from your social networking feeds? Didn’t you start following things like “I Fucking Love Science”? Shouldn’t your page be full of fantastic knowledge of the physical world by now? 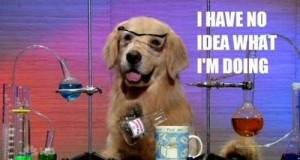 Well no, clearly not, and it’s hard for a lot of people to understand this. But I’m going to let you in on a secret, it’s easily understood when you realize guys like this: 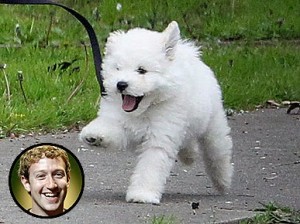 WTF: Why The Filter?

For Twitter, the phenomenon is actually quite simple. Twitter has no filter, both in its programming and in the minds of its users. Is someone sitting at a restaurant staring into space? Gotta share my random thoughts with everyone. Are you on the toilet with nothing better to do? Maybe someone can suggest listening music for you. Did you just get so high that you start questioning the existence of your eyes? It’s time to get you a movie deal, son. It all shows up on the feed and nothing can stop the flow of it.

Because that’s the nature of the beast, you’re probably not going to notice a whole lot going on anyway. Even if someone starts to say something truly mind blowing and lay on you a philosophy that could change your very life, it goin 2 be swept down da river & look sumthin lik dis b/c it only has 140 char. 2 do it in. U will probly not understand wat it was sayin as it flys by. So whatevs.

And that’s a little demoralizing to think about. After all, while Jaden Smith isn’t saying anything close to a complete thought, he does say it in semi-complete sentences because he has nothing complicated to say. But then there’s something else on his side that ensures he’s going to be the thing you know from social media – a ton of retweets.

It often gets overlooked by the average twitter user, but every tweet you see is really only visible in the sea of characters for about 10 to 15 seconds before it gets lost entirely. You may think everyone who follows you sees what you’re saying, but you know you can’t possibly be seeing everything someone you follow is saying. So everyone may as well be talking to themselves more often than not. This changes when someone sees it and decides to click the retweet button. At that point, your fifteen seconds of fame may just turn into 30.  And every time someone else passes it along, it increases your visibility. The problem is that stupid things get retweeted often because people are shocked they happened and want others to see the crazy shit that just went down. Before long, the damn thing has gone viral. 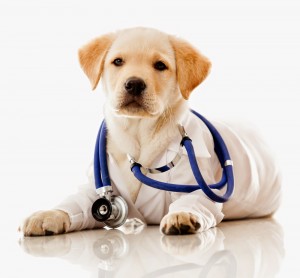 But how often do you read something and finish it, then forget about the tweet that originally sent you there? All the time, right? You’ve read it, it’s not something you really need to read again, out of sight, out of mind. It’s this, more than retweeting stupid things, which causes the feed to be so full of stupid things. Because every time you forget to retweet something solid, you’ve fallen asleep at the wheel.

“But wait,” you say, my fictional friend, “I have almost as many Facebook friends as I have people I follow on Twitter. Why isn’t that feed constantly flying by?”

Simple, they filter it. Your wall, when you first open your Facebook page, is covered in only a small fraction of the information flying out of your friends and family. Their posts, their pictures, their links – all of it has to go through the Facebook filter to get to be part of the small fraction that you’re shown at the end of the day. And how does it do that? Through something called an algorithm. 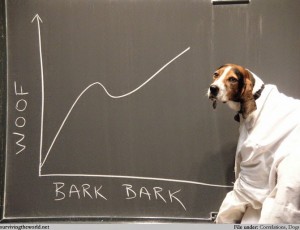 So, wait, did you notice that last one about predicting outcomes? Has it ever occurred to you that almost all of the stuff you end up seeing on your wall is roughly in the same categories as other stuff you happen to see except for a few small outliers? You know, the unholy quartet of games… 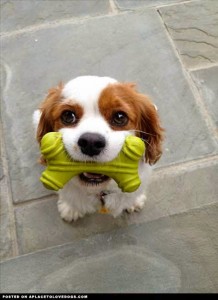 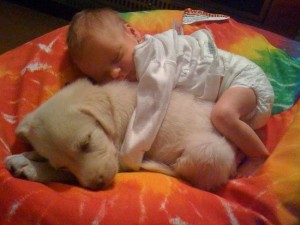 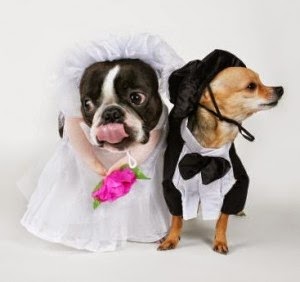 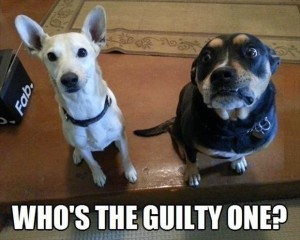 Well that’s because that’s what Facebook’s algorithm has decided you like! You might also have a few things like I Fucking Love Science slip in there, but that’s not what you really like. No, you like to see links from your conspiracy theorist cousins about how Obama’s a terrorist.

You see, Facebook takes the number of likes and shares that anything gets from anyone and starts to figure if the public in itself generally likes that. If they find that a lot of people like something, even if it’s batshit crazy or completely asinine, Facebook’s filter is going to decide that’s what you want to see too. A room full of programmers needed to figure out how to prevent your wall from being completely flooded with trivial shit and never realized the thing they programmed ensured that’s all you’ll ever see. They were so busy figuring out what people clicked “like” on that they didn’t bother realizing why they clicked it.

Which is why so many content creators on Facebook, Twitter, Youtube, or anywhere with a social media angle start to ask people to click like, share, retweet or anything else by default. Without this gentle prod, a lot of people are going to go on without doing it and that’s going to skew their chances of ever being seen again. In other words: if you don’t share the thing you just read to someone, no one else is going to likely see it – especially if Facebook’s dogorithm has its way. 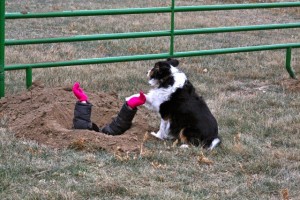 Now, by this point, you’re probably starting to realize I’ve plastered this post in nothing but pictures of dogs. Why have I done this? Because, statistically, this is probably the way that I make sure you’ve all seen this. As one of the unholy quartet, it is likely that there is going to be someone who clicks a like somewhere along the line just because it has a dog-based thumbnail. Or, I guess paw-nail, since we’ve surrendered the internet to those without thumbs.

For a long time, we’ve seen people bemoan the fact that their social media feeds have been full of drivel while interesting things can fly by unnoticed. And the problem is, it’ll keep doing that. Facebook has actually said that all content creators on their site should expect to see a decline in activity over time due to the fact that their algorithm will slowly start to filter them out as they get fewer likes and they’ll naturally get fewer likes as they start to be filtered out. That means, if you really do fucking love science, one day you’re going to see that “I Fucking Love Science” just stops appearing on your wall, overtaken by animals.

But the babies, the animals, and the family photos will always shine through… because those always get likes. It’d be rude not to click like. After all, clicking like or share is a couple seconds out of your day and it’s the least you can do to show someone you care about what they just posted. Who wouldn’t go and click that button to make them know you think their baby is adorable? But this is also why click bait is so successful, because clearly they’ve been asking people out right to click “like” and “share” or otherwise you’re a monster. 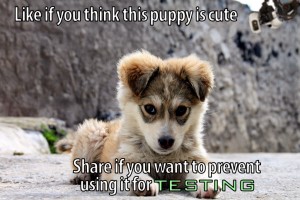 So I started this post originally a week or two ago in a walnut haze with a slightly bitter realization that I would never post anything that happened to go popular because, sadly, I’m fairly sure no one actually sees these when I post them to social media. But as I started to write this, I realized that there was something more important to be done here. I posted a bunch of pictures of puppies with the hope of making a sarcastic point, but I realized there was a more important point to be made here.

We may not be able to fight back the hordes of likes that stupid shit may get, but we can do our best to help our friends and family see something more of the world. We can use what little corner of the world we have to share something with true value. Maybe with some luck and some effort, we may even reach someone with something a little less like drivel and a little more like inspiration. Maybe we can make individuality go viral so that Facebook’s algorithm stops cramming the same shit down our throat everyday. So find something undervalued today and give it a helping hand. Take that second to click like and share for something not a lot of people have seen. Doesn’t matter what it might be.

Maybe, with luck, we can stop listening to the stray thoughts of people like Jaden Smith and aim a little higher…

Seriously, Neil deGrasse Tyson has half the twitter followers of Jaden Smith. WTF?

(I write books, I write blogs, and today I post puppies.)