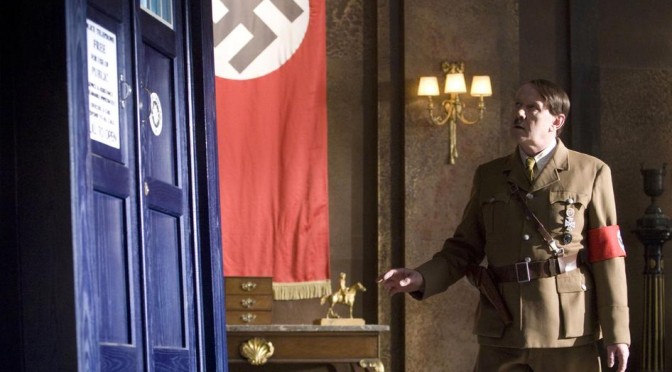 Time travel, it’s not exactly something we’re sure can even be done, but that doesn’t stop us from trying to write about it. One of the things that gives humans an edge on the rest of the world is recognizing the passage of time. And, of course, because we hate the thought of dying, we’re constantly trying to figure out ways to turn it back. Almost every day someone out there is thinking, “maybe we could accomplish this by building an elaborate machine, finding a wormhole, or sticking plutonium in the back of a 1980s POS sports car no one wanted.”

However you go about it though, it’s a good chance you’re basing a lot of what you know on time travel you’ve seen in the movies. After all, when you look for reference materials on the subject, most agree that it’s impossible. The only place where anyone would give any credence to your batshit project is the hallowed halls of sci-fi where they think you’re bound to happen. So you’re likely to crack out the sci-fi books and movies and get to working on it. There’s just one problem for you… it’s all bullshit.

A lot of sci-fi has no clue how time travel would work, and most of the time we’re just winging it. In fact, most uses of time travel eventually devolve into some lazy writing. So let’s go ahead and check out a couple hurdles in your way before you fire up the Delorean and do your best…

Not To Destroy The Universe 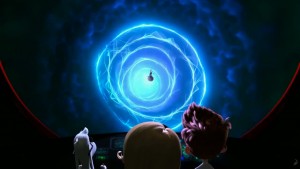 The first thing you, as a new time traveler, are going to want to do is confirm the actual shape of time before you even try to get started. This is probably useful for those sci-fi writers too because, frankly, it’s good to know the shape of something before you write about it. There are a couple competing theories of time and what exactly it is, and each of them comes with a different set of rules and limitations.

The first is what we’d call a linear model. In a linear timeline you’re dealing with a single, straight flow of time like a seemingly endless river constantly pushing us in a single direction. Trying to figure out if the universe is like this is fairly simple, go to a location out of the way, decide to bury a harmless time capsule there, and then see if it’s already there before you go back to bury it. If it is, congratulations, you’re in a linear timeline and know the shape of the universe. Just don’t forget to bury it once you’ve confirmed it’s there, otherwise we’re going to have a paradox (more on that later). 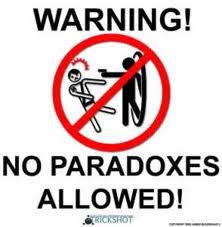 Digging it up before you bury it is actually important here: you need to confirm that your changes to the future aren’t going to create a whole other universe. It may bend your mind a little (maybe even break it), but the purpose here is to confirm that whatever you do in the past is going to impact your future. Now, if you decide to do it (and later actually do it) but don’t find the time capsule where you meant to put it, there’s a potential that you’re dealing with branching timelines rather than a linear one. To make absolute certain of this, it’s best to keep the burial of the object in the relatively recent past, within a week, as to avoid anything happening to it in the meantime.

Now, if it’s a branching timeline, congratulations, you can frolic in the past without much worry because most paradoxes aren’t going to hit you. If, however, time seems to be linear like a great deal of sci-fi stories, you’re going to want to be very mindful of paradoxes, starting with… 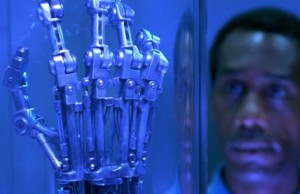 The Causality Loop, the first of the two major temporal paradoxes, is when an event from the future causes events in the past. This paradox comes in many variatons, but for the most part those variations are relatively harmless. Such an event is called a paradox because it breaks the way the universe works on a level. Causality says that cause should always precede effect, and yet the Causality Loop does the exact opposite.

Now, sometimes, this creates a real big problem. One of the biggest is what you would call the “bootstrap paradox”. In a bootstrap paradox, a future event causes itself by influencing events in the past. One of the greatest examples of this being the Terminator franchise where John Connor is only born because Skynet tried to go back in time to kill him. Without trying to kill him, he never would have existed, and so John Connor was literally picked up by his own bootstraps, as the saying goes.

This sort of causality can be a bit tricky, however, as it means that a greater paradox will arise if something prevents the future events from causing the past events. Essentially, had John and his mother managed to prevent Judgment day, John never could have been born, which would have meant Skynet never would have built the time machine. If this had happened, you can see how the universe would have eventually folded in on itself because it would have become impossible.

There are a few ways that John could have prevented Judgment Day without derailing the entire universe, however. The first would be if the universe itself was constructed with branching timelines (which is why it was a good idea to confirm it before you went back). Should the universe have branching timelines, anything John did in the past wouldn’t destroy the future that spawned him but instead generate a new future just a hair divided from his original. In this case, you could theoretically change the future by creating a new one that your old one can happily ignore.

Alternatively, it is possible you’re stuck in what they call a predestination paradox, where everything you’ve done is just going to inevitably lead to the same conclusion anyway. This is a slight variation in the bootstrap paradox in that predestination doesn’t just cause itself, it can literally happen no other way – even if you try. 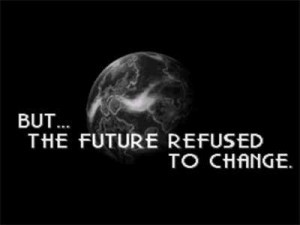 And, honestly, a lot of predestination is caused by… 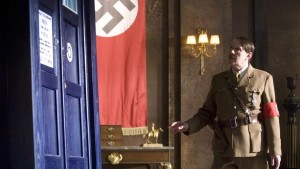 Now, the big reason why it’s hard to change the past in a linear timeline is because of this problem right here. You see, while all of us think to ourselves “I’d really like to kill Hitler”, most don’t realize the problem presented by that thought if we actually had a time machine. If the universe is linear (remember to check), you’re either going to have the universe stop you or you’re just going to kill the rest of us along with Adolph.

You see, you can’t make the decision to kill someone if you have no idea who he is. Once you successfully kill Hitler, you would end up erasing the reason for killing him in the first place. This paradox is presented in some incarnations of The Time Machine, where in the past can’t be changed because it would mean the future had no reason to happen. In other words, the minute you tried to kill Hitler, something would prevent you from being able to see that future – one way or another.

There are a couple ways this could play out. If it is a linear timeline, it’s entirely possible you’ll erase yourself before you could pull the trigger. Alternatively, you could find yourself attempting and failing repeatedly through seemingly impossible odds. Fun fact, during the assassination attempt on Hitler’s life in actual history, he was saved from a bomb by the leg of a table. It’s entirely possible that was the result of a failed time traveler who didn’t do his homework  And, finally, if the universe is branching, have fun!

However, we can’t be entirely sure that the effects will be that small or harmless. While it seems unthinkable to avoid trying to kill Hitler, the very act of trying could be detrimental to the very fabric of space-time. Considering that’s what…everything… is made of, you’d cause a lot of damage with that one little assassination attempt if it was allowed to happening a linear system. The same holds true for the granddaddy of all paradoxes…

And here’s the one that really leaves very few ways out. While often named for the idea that you could be killing your grandfather, this doesn’t necessarily have to be so. The grandfather paradox is when you do anything, big or small, that somehow causes you to cease to exist and thus unable to do it. This can be anything from killing your grandfather, accidentally interrupting the night of your conception, or even accidentally breaking up your parents before they had a chance to get together.

Of course, if the universe is branching, you’re okay because your future still exists on some dimension tucked out of the way. You could never really kill your grandfather in a branching universe, only the grandfather of another version of you. But if it’s linear, you’re going to have a bit of a problem here. If you don’t exist, it’s impossible for you to have done the things you did, so all laws of the universe would quickly start to break down at the same time you do. It would essentially be dividing by zero. 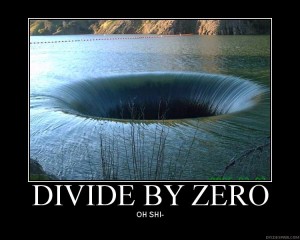 This is where movies like Back to the Future actually start to fall apart. Marty’s physical reaction to his parents not meeting implies that he’s within a closed, linear timeline. Everything he does that derails that universe makes him less and less likely to exist and that, in turn, starts to really screw with the very atoms in his body. However, when he returns to the future, it is clear that his actions have indeed caused a change that didn’t impact him at all.

This means that Marty’s timeline branched, and later scenes in the franchise show that his universe did indeed have a branching structure. But this leads to the question – if the universe is capable of branching and Marty is exempt from the results, why was he disappearing? It’s almost like these writers never got into a time machine themselves, amateurs.

However, while their structure of time didn’t seem to be consistent, they did demonstrate one of the ways to get out of the grandfather paradox within a linear timeline. In theory, provided the change you made can be reversed, you do have a chance to correct it and put things back to the way they were. However, if they can’t be reversed, you may be in some trouble. In fact, to the best of my knowledge the only time a grandfather paradox was reversed after actually killing a grandfather involved a rather disgusting causality loop interfering.

So keep that in mind once you start up the machine… I guess this could help if you’re writing sci-fi too, I dunno.

(I write novels. I also wrote a couple time travel shorts, though those have long ago been erased from time. I also have a twitter account, it’s my time capsule for the test!)