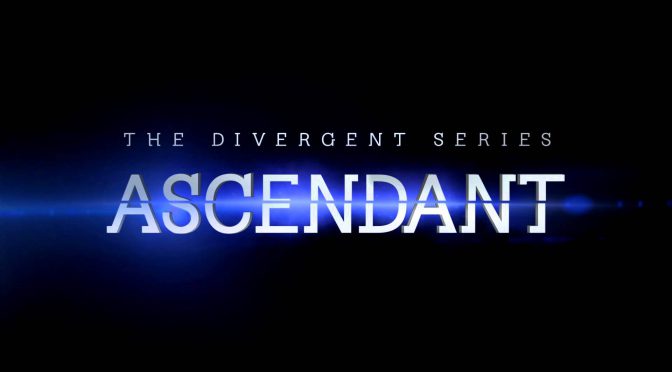 Few things that I say on this blog happen to get proven so clearly that I can actually point at it and say “called it”. For all the analysis and predictions that you can make in the creative industries, it’s still a wild animal that’ll defy your expectations without an inside source. But in recent news I saw something that was just so in line with one of my posts that I just had to point it out. Because, frankly, the backhand in this decision was so loud that no one could interpret it any other way.

Lionsgate, the studio behind the Divergent films, recently announced that the final film in the series wouldn’t be getting a theatrical release and would instead head to TV. Worse, they didn’t even tell the cast and word has it that most of them probably aren’t even an option for returning. Supposedly, this is to try to backdoor a pilot for a series like with what the Mortal Instruments series did, but the writing here is clearly on the walls. To me it stands as probably the greatest evidence of something I’d said not too long ago on this blog. With the previous film doing “okay” and several others in the genre doing about the same, it’s becoming painfully clear what’s starting to happen with this move.

YA adaptations just took a shot to the kidneys, and the studios are getting ready to bail. 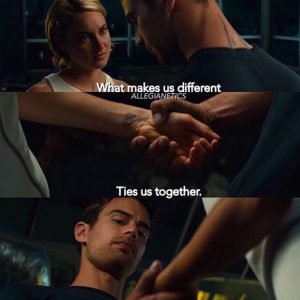 This move is telling both of the attitude of film studios towards YA adaptations but also of a secret of the industry that a lot of people don’t stop to notice. It’s not particularly hidden, but it’s rarely spoken of. And the secret in question is that there is really only one group of films that don’t “make money” in some sense. A film is allowed to bomb, those can be used as losses for tax write offs and the studio wouldn’t much care (Uwe Boll’s career counts on this). But if a film doesn’t “bomb” and doesn’t quite become a blockbuster, it’s in a great deal of trouble, because “okay” performing movies are the only ones in the industry that don’t actually benefit the studio that made them.

It’s a strange paradox of the industry that doesn’t really exist in many other places. Film budgets, increasingly outrageous as time goes on, are generally far below the actual cost of the film overall. The actual cost once all is said and done can be considerably higher, depending on just how much faith the studios had in it at the time. The average superhero film, for instance, can clock in around 200 to 300 million in terms of the standard budget but secretly be worth twice as much due to advertising. This is why Sony freaked out when The Amazing Spider-man 2 only made 709 million dollars and immediately scrambled to remap their entire strategy forward until eventually turning to Marvel for help. 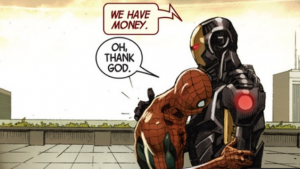 Some people would hear those numbers and think “wow, but 709 million is a lot of money!” And you, being part of the normal world, would be perfectly right about that. But studio accounting says that a film budget reported at a little shy of 300 million probably clocked in closer to 350 and then had an advertising budget of a couple hundred million on top of that. These are still tremendous profits, but it basically means that the actual profit left behind after the fact wasn’t even enough to front the money for the next film in the franchise. In a studio, that may as well have been a flop, because at least a flop would have been tax deductible.

And the problem for Divergent (and YA as a whole) is that their profits are generally in that ballpark as of late. Though not bombing by any stretch of the imagination, few of them really manage to hit the numbers that would let a studio put their full faith in them. Worse, due to the successes in the genre like Twilight and The Hunger Games, the average studio is going to look at these projects as if they were a slot machine. Put enough quarters into them and they’re going to pay off – theoretically. So the result is inflated budgets, massive advertising campaigns, and much higher expectations.

For the Divergent series this means each movie actually became more expensive to produce but also had slimmer profit margins. And, in fact, the last movie likely didn’t make any at all. Sitting at a budget of 85 million, the first film in the Divergent series pulled in a respectable 288 in the box office. This is a good number, but by the time it reached the third film in the series it managed to make only 179 million off of 110. It literally made no money for them but crossed the threshold where they couldn’t just write it off as a loss.

This is no man’s land.

Sadly, this is something a lot of people who like movies don’t really realize about the industry as a whole. Recently, the Ghostbusters film released to average reviews, and as someone who wanted to see it do great, I was disappointed the scores hovered in the C+ range. Reading some reviews, I even found a reviewer who said that it was a “good thing” that the movie was “just okay”. In their eyes, the fact it was average demonstrated that a female led movie could not be perfect but still be watchable. Unfortunately, that’s just not how the industry works.

As I mentioned previously, the only things we ever seem to forget or miss out on are the “okay” pieces of art. Something that only does average will, eventually, become a footnote. Even a complete bomb that no one actually watches will be burned into our memories longer.  And, in fact, during my search through Ghostbuster reviews I found favorable comparisons to Pixels of all things. Pixels is an absolute piece of crap according to most people, proof that Adam Sandler doesn’t give a shit and Peter Dinklage needs a better agent. And yet, as someone says “this Ghostbusters is so much better than something like Pixels”, it’s hard to ignore that it was still brought up despite being something that most of us would like to forget.

And now that’s happening to an entire genre. In the realm of adaptations, there are very clear extremes at this moment which will live on in memory for some time to come. The Hunger Games will go on to live as an example of a good YA adaptation that did phenomenal in the box office. As a result of that success, it’s become a part of the culture as even people who didn’t read the books use it as a reference for worst case scenarios in our own world. On the other hand, you’ve got the epic cringefest of works like Twilight and Fifty Shades of Grey. For all the bad mouthing that the films (and books) get, they’re still on everyone’s lips (and managed to pull in major profits at the same time).

Even when a good film has failed miserably, the damage done is less severe than the damage done by an “okay” film. Blade Runner was a flop when it first came out in the 80s, but it failed in such a way that it both left a mark on the genre and didn’t scare off the industry. In fact, in hindsight the industry realized a large part of the reason why it failed was because of things the executives did rather than the film itself – resulting in half a dozen re-cuts since its release. Now, three decades later, there are even talks of a sequel despite the fact people are wary of that sort of thing going down.

Meanwhile, several examples of film franchises that have long overstayed their welcome continue to prove that bad movies are still better than forgettable ones. The Transformer films (and Michael Bay works as a whole) are not going anywhere, no matter how much worse each entry gets. The Star Wars prequels were regarded as awful but still pulled in enough money to warrant the much better received Force Awakens. And Pirates of the Caribbean is agreed by most to have lost its charm around the third film. Yet, Pirates of the Caribbean put it best just why it still rakes in money no matter how lackluster it gets. The lesson it imparts, a lesson that the YA genre just learned the hard way, is that films, like pirates…

Thrive solely on being memorable.

(I write novels and have a twitter account, they thrive on recognition. I currently have none. Thankfully I also have minor overhead.)