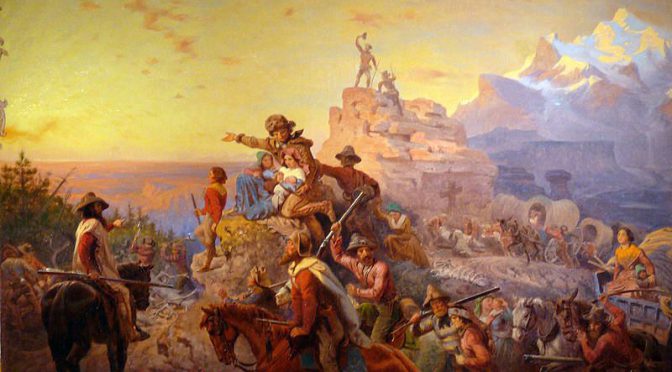 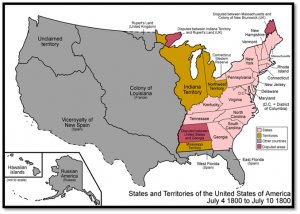 Having traveled across the ocean in hopes of finding lost relatives from the old empire, Alters were disappointed with much of what they discovered in the “New World”. Though there was considerably less tension with the church in these lands, especially after the rash of revolutions to have come to pass, the fact remained that the American continent was not the place they had hoped it to be. The native population had been ravaged by disease and the actions of the European settlers, the Alter population was surprisingly thin, and the ancient cities they had known to exist were now lost to nothing more than legend. It seemed, for many, that they would simply have to make due and hope that distance from the church would be enough.

However, not everyone was content to simply settle where they landed.

Realizing there was still a chance that the Alter populations of America were simply further inland, possibly even hiding themselves, many Alters had a desire to explore the western half of the North American continent. Though the cities of the old empire were now long gone, the fact remained that the civilizations found in the Americas bore some resemblance to the old cultures and stories existed of lost cities and ancient cultures which still remained hidden. Having only little to go on but wishing to make the best of what appeared to be a bad situation, an Alter backed expeditions became the first to actually explore what the colonists were referring to as the frontier.

Uncommon for the era, the Alters preferred to depart for the journey after the Fall Equinox, traveling the continent through much of the winter rather than the summer months favored by human expeditions. The natural ability for many Alters to survive harsher conditions allowed for these risks and the longer nights allowed those with an aversion to sun to be able to travel longer on any given day. Though conditions were more severe than expected, particularly when discovering the Rocky Mountains, the lack of sufficient cover on the Great Plains more than justified the decision in the eyes of many. 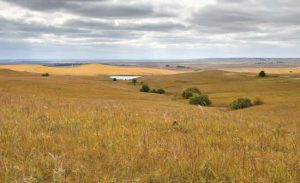 The native populations proved to have a complicated and surprising relationship with these new visitors. Having experienced first hand the sort of treatment someone different could expect from the Europeans, they were understanding of the Alter travelers in some regards. Their belief systems also contributed some to this understanding as the majority of cultures encountered along the way didn’t necessarily associate the supernatural with the demonic as the Christians had done. However, despite this understanding there was a sticking point for many – there were native Alters, and they were not always on the best of terms. 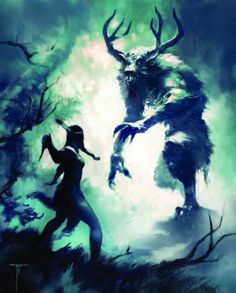 With relations between the native human population and their Alters being tense, given the activities of some such as the Skinwalkers in Navajo territory and the Wendigos to the north, many of the natives were wary to allow potential new predators among them. However, the tensions with the human settlers quickly outpaced those between the natives and the Alters, and the few stories that they were told proved to be evidence for the Alters that they should continue looking. By the 1800s, the Alters had made contact with several native Alter races, including the elusive Sasquatch tribes and races of shape-shifter from Mexico and Central America who had gone into hiding after the arrival of Spanish Conquistadors. 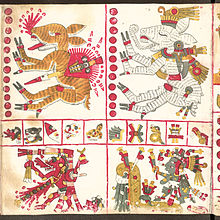 The Nagual to the south were of particular interest to the Alter explorers at the time. Having shape-shifting ability unparalleled among their races since the time of the First Ones, it seemed they may have been direct descendants of the First Ones themselves. Combined with the stories of cities of gold and other impressive feats, many of the explorers soon pushed south into Central America and eventually even into South America. While these regions had been explored by the Spanish to some extent, it was believed that Alters would have a better chance at it, particularly with knowledge that such cities really had existed at one time. However, whatever discoveries these people may have made were of no benefit to the others – as few returned from the rain forests and many had found a niche among the new lands they’d already explored.

The expansion had proved to be fruitful in more ways than one, however, as the Alter expeditions influenced or even established routes which soon became a staple for others to follow. One particular benefit was the influence of the Succubi, who encouraged women settlers to leverage what few assets they had in the era and establish brothels and saloons. Though unseemly to the modern mindset, these establishments proved to be a boon for both the women involved and the settlements as a whole. Several of these women went on to fund the establishment of schools, stores, and other public necessities which turned what had been barely livable camps into thriving communities.

As the expansion west had continued, particularly during certain surges such as the 1849 California Gold Rush, the Alters did become concerned with just how many had been following them out west. Despite the terrible mistreatment of their native allies, many were more concerned about a repeat of what had happened in Europe in ages past. Though most Alters in the region were there to try to escape those bygone conflicts, many still had grudges to settle or a poor view of mainstream humans. Combined with the fact the native Alters were already somewhat hostile or isolationist, it was inevitable that violence would break out. Deciding that there needed to be a means of keeping these incidents to a minimum, the Knights Stellar found a new place to hang their star. 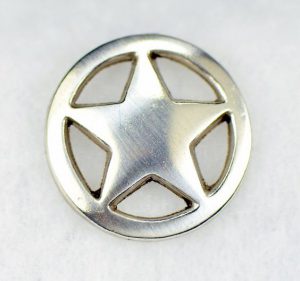 Recruiting humans and Alters alike as they had in the old times, the Knights Stellar employed these men and women as “rangers” who were tasked with protecting humans and Alters from each other by any means necessary. Though ostensibly an extension of the work of the old order, this marked the first time they had gone into what could be considered “law enforcement”. Equipped with an updated arsenal of tools, including silver bullets and eventually guns personally crafted by Samuel Colt, this revitalized organization began to patrol the communities they felt were most prone to Alter-Human conflict. They were, at first glance, standard sheriffs, marshals, and rangers but rarely stayed in one location for long and never presented themselves as being in the employment of the state.

The activities of these rangers were kept as quiet as possible and were rarely handled within city limits without a carefully crafted plan. Contrary to popular depiction, most towns in the old west strictly forbid guns within city limits and such violence was rare – particularly if it involved a werewolf. As such, the standard operations of these people was to do intelligence gathering in the daylight hours, then leave town to seek out potential trouble makers, often sighted riding out of town as the sun was setting in order to make their nocturnal appointments. 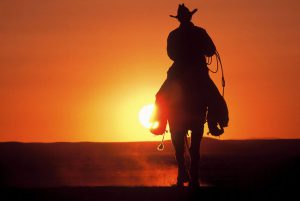 Unlike the more boastful gunslingers who tried to leverage their actions for fame at the turn of the 20th century, the rangers did their best to downplay everything they did. Stories of creatures they had encountered were generally dismissed as urban legend over time and any stories that leaked would eventually have their targets replaced with a more standard human antagonist. In a bit of irony, while the rangers themselves were more likely to wear darker colors, including black, for the sake of blending into the night, the color eventually became more associated with the humans meant to represent their targets in film and television.

This obfuscation of their activities was more than acceptable by the actual order, however, as their operations continued to expand across the country and into other parts of the continent. By the time such stories were reaching film and television, the newly revitalized Knights Stellar had placed rangers in every major city in North America, most of South America, and had opened similar offices in their homeland back in Europe. As a result, though the American Alters weren’t particularly interested in helping them, this stronger order was quickly establishing a stable situation for Alter-kind worldwide…

And were happy to let the stories turn into tropes.

(I write novels and dabble in screenplays. Find me on twitter to insult me and the horse I rode in on.)