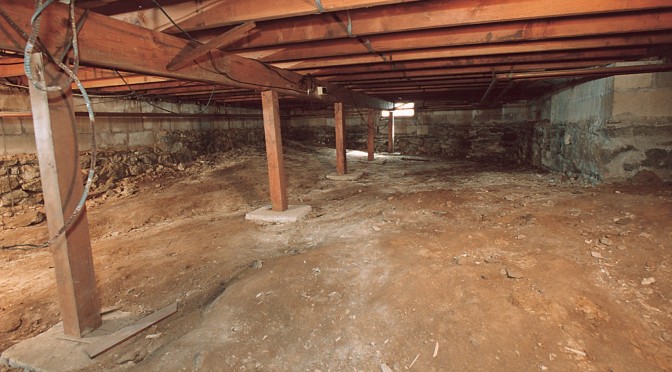 Congratulations on moving out on your own. The family was getting to be a bit too much to deal with in such limited space, but you’ve finally got some space of your own. Things are looking up. And it’s such a steal too, despite the high price of real estate and the fact you’re living in a major metropolis you managed to get some wonderful space that most people would have to pay thousands of dollars every month for. 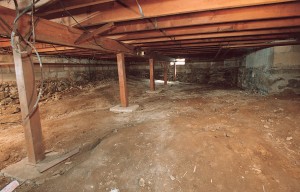 But, despite your enthusiasm, you have to admit to yourself that it is still just a little bit cramped. Luckily for you, we live in a world where people have figured out how to live in just about any environment with some planning and space saving techniques.

And your people have been doing it longer than most. After all, your grandfather would consider you spoiled for living in such wonderful conditions now. You have walls, a ceiling, and probably some running water that is easily accessible through the dripping pipe. So really the only question left is: how do you make your choice real estate feel more comfortable?

Working With What You’ve Got

There was a time when people thought that they couldn’t possibly get the kind of lavish arrangements you’ve found on such a low budget. After all, you’re living in the big city now and most of your relatives haven’t even visited it before. Life can only go up from here and you can’t possibly come crashing down. You’ve even got a window. 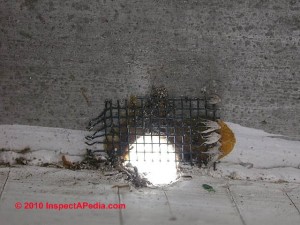 So now it’s time to make the most of the gem you’ve found and really establish it as your home. There are a lot of aspects to making a good home and you’ll find a lot of advice out there. But for the most part those columns are written for people with things like money, space, and time. You’re a busy person and you’re not making nearly enough money to cover all of your current habits without going into debt. 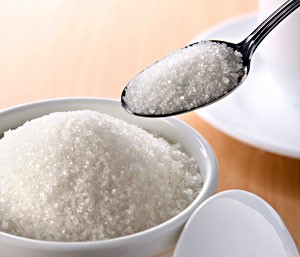 So there are some details that need to be worked out to really get your new life off on the right foot. First…

The first thing you’re going to have to get sorted out is how to use what little money you actually have. It’s a hard life doing what you do, but to say you don’t get compensated nearly enough for it is an understatement. You’re going to have to cut some corners, scrimp and save, and potentially do a few things you’re not too proud of. But with some dedication you too can eventually afford the finer things in life. 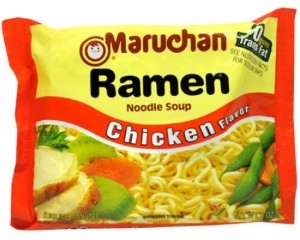 The first thing to realize is that name brands are not your friend. Sure, there’s usually a feeling of comfort of being familiar with what you’re ingesting, but there could be just as much familiarity with the nameless, shapeless mass that comes out of the little baggies instead of a box. After all, does it really matter if what you’re eating spells cheese with a Z? No, that’s how you know it’s EXTREME and meant for awesome people like you.

Also, you’re going to want to avoid using too much of anything that you’ll have to somehow compensate someone for. Electricity is often considered a given, but if you can just find the parts from an old bicycle you should be able to generate a little of your own. There are instruction manuals on it that can be found just about everywhere, you just need to find all the parts. Though, do note, we do not recommend “borrowing” any of those parts for your use, as that can eventually be tracked back to you. 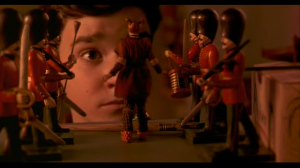 Also consider that fashion is a thing of vanity. You’re living in the big city and there are some expectations that are going to be made of you such as being presentable and not scaring the locals. But these issues are easily resolved by making sure to take good care of your hand me downs, claiming to be a hipster, and wandering in the dead of night where only you and the crack addicts are willing to still be on the streets. Sure, in the daylight, you may be a mess, but at night you’re the trendiest person around.

After you’ve managed to scrounge up enough money to buy something, or found the appropriate materials, it’s time to get to decorating the space with what you have. Your property isn’t going to get roomier though just because you have some meager cashflow. No, to really make the space workable you’re going to have to start getting used to the idea of living in a drawer. 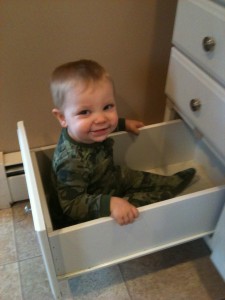 Yes, drawers, long known to be well suited to sleeping in by cats, children, and anyone who couldn’t manage to find a nice sized cardboard box. You’re going to want to find a way to make as much of your furniture as possible fit into drawers of one form or another, from being able to swing it closed like a door or literally tucking it inside of something else. This can include entire rooms if need be, because one of the great features of your living space is a complete lack of walls which allow you the luxury of being able to determine them yourself.

So look around your space and ask yourself: how much of this can I fit inside a box? It’s a surprisingly large number of things, from furniture to appliances. And the more of these that you can fit into boxes the more versatile you’re going to make them. Can you fit your bed inside of a box? Great, put a desk on the back of it. 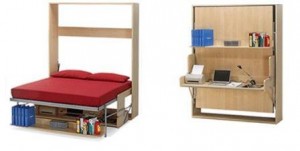 Can you put your clothes in a box? Great, put a cushion on top of it so you can sit down. In fact, put cushions on everything so you can sit down. The more function each piece of furniture can serve, the better off you are. Is it a bed? A couch? A table? It’s anything you want it to be so long as it has a flat surface and some padding. 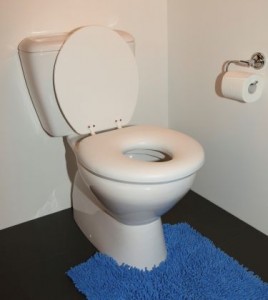 Another tip is to start digging into the walls around you to make extra room. If you’re lucky, the newspaper that they used for insulation will be dry and can be used to stuff some of those cushions. It’ll make crinkling noises when you sit on it, but it’s also biodegradable and cheap. Just don’t dig in too deeply, because you’re going to need a little insulation between you and the neighbors if you intend to…

Be Friendly With The Locals 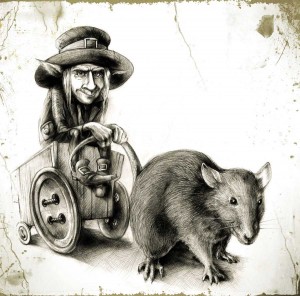 Being comfortable in your home also means being a good neighbor. It’s true that the others living in your building aren’t exactly the nicest, but having a good relationship with them means that they won’t be giving you as much crap. it’s best to let them borrow what they need to borrow and avoid trying to go to war with them. After all, they outnumber you. 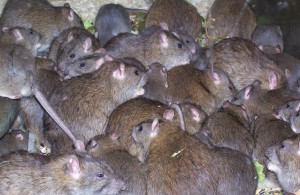 You’ll find that picking a fight with the locals is a good way to find yourself in a shit load of trouble. Sure, you don’t like the fact they keep chewing through your stuff, especially if you happened to get one of those premium cardboard boxes, but they’re definitely going to do worse if they happen to think you’re the enemy. In fact, the only reasonable time to start shit with the locals is if you’re ready to fight to the end and win it by any means necessary. Just be warned, they’re waiting for it. 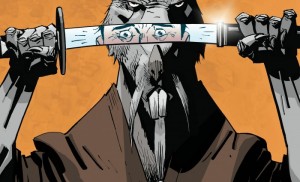 Still, given your circumstances and the fact you’re all dependent on making sure that space is as comfortable as possible, it’s probably for the best to find some sort of harmony with the others living there. After all, it could be worse, you could be living in New Jersey where the locals aren’t nearly as accommodating. 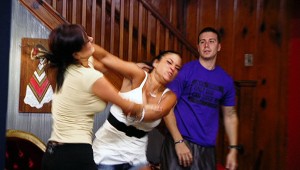 So do your best to make sure that you invite them over for a party and feed them the best quality stuff you have. Though, in the process, despite the fact they probably can’t read, you should make sure you don’t let them see the label. After all, you have to make sure you make the best impression on them.

Be A Good Tenant

After all of that decorating and making peace with your “neighbors” through offerings (likely a hefty dose of expensive cheeZe), you’re going to need to try to find a way to settle the bill with your landlord. The first thing you’re going to want to consider is actually paying rent, but let’s face it, there’s no money for that. So what you’re going to want to do is have a talent. You can do chores around the building, clean things up for them, maybe even fix their shoes. And, if all else fails, there are other things you could do too. 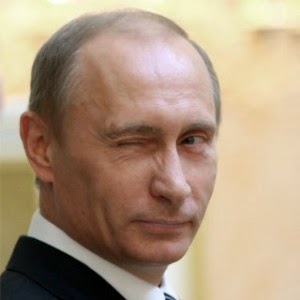 The problem that you face is the issue that you’re probably going to get a little bored in the wall while waiting for something to do. The urge to start trying to find things to do will become overwhelming, especially with all the high fructose corn syrup you’ve been eating as your source of cheap calories. You’re a little buzzed, don’t own a TV, and need to fill the empty silence of your life with something more cheerful.

Singing will happen, so try not to be invasive about it.

Sure, it feels like you’ve earned the right to be cheerful and hum a little tune while you work, but remember the whole “don’t let them know you exist” thing. It’s important to maintain as little contact as possible with those who hold power over your living space. And, frankly, there have been examples of your people becoming too noticeable. All of a sudden, your landlords could become a little uncomfortable as you go dancing around the room singing songs at their expense. And, frankly, drunk on sugar and potentially other stuff, those who have become noticeable have been a little bit mean spirited about it…

Seriously, don’t be that guy.

(I write novels, twitter posts, and this blog. If you follow any of those, you probably get the joke.)