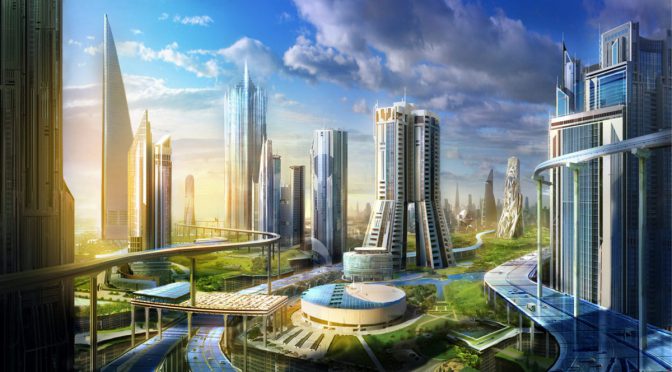 One of the great staples of speculative fiction is the idea of the idyllic utopia where all the world’s ills just cease to exist. These utopias are inevitably short lived in the hands of writers because we need to make a conflict of some sort. Perhaps a sudden alien invasion brings it crashing to an end. Maybe new threats or issues become known and catch the untested society off guard. Often it turns out that the utopia is in fact a dystopia in disguise. But, on a few rare occasions the utopian society will survive on through the events in question and just continue to be perfect despite the odds.

Usually when this happens it’s actually the old favorite shorthand of “utopia” actually meaning “post-scarcity”. Writers and audiences generally have trouble identifying the differences because at first glance they’re pretty much the same. A post-scarcity society is one where problems of resources are resolved and civilization is impacted in profoundly beneficial ways as a result. There are so many facets to that to go over, one for another day to be sure, but it doesn’t quite make something automatically utopian. However, when we see a “utopia” survive against all odds it generally happens to be a very orderly post-scarcity society. This isn’t because writers don’t know the difference, it’s just that true utopias are pretty damn hard to write about in an interesting fashion.

And, when you look closely, they still aren’t what they appear…. END_OF_DOCUMENT_TOKEN_TO_BE_REPLACED