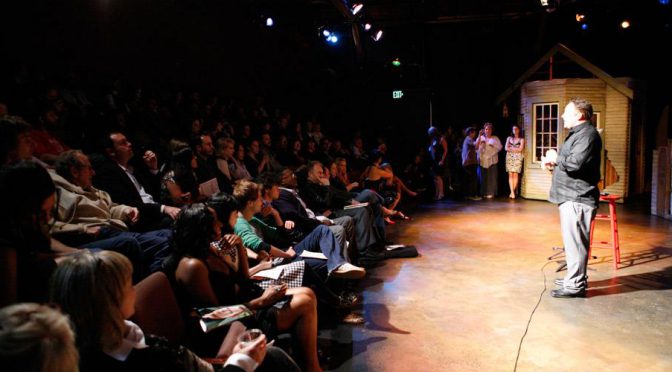 As I’ve often said before, I tend to approach the world as a bit of a classroom. Everything you read, watch, take part in, or experience is something that can inspire your writing and make you a stronger storyteller. Your life experiences are easy enough to explain, they form the well you draw from to inform your characters and stories. What you read or watch is just as easy, giving you a look into the viewpoints of others and seeing what the rest of your genre might be like. But for some things it can be hard to quantify the benefits to writers. These I’ve come to call “peculiar inspirations”. “Peculiar inspirations” are things that seemed like common sense to me, only to later find out that they weren’t much common sense at all.

Years ago, while a friend was in school for screenwriting, I mentioned to her how I thought it would be a good idea if writing programs would have their students take an acting class as well. I’d taken two years of speech and drama myself in high school and another friend had a mandatory class as part of her animation program. And, while I can’t say how well it helps animators, I can say for a fact that my writing after that class made great advancements. In fact, while it may not make sense to everyone, that drama class actually worked as a turning point in my life. Though I’ve learned a lot since that day, that class turned out to be the time my writing started to resemble something “professional”. Of course I would suggest someone else do the same thing.

My friend’s reaction made it seem like I told her every writer should learn how to fly a plane.

Her argument, and arguments I’ve heard from others, is that writers and actors fill different roles and need to know different things. The two people fill very different roles within the industry and have to have very different skill-sets in order to be considered good at what they do. And this is entirely true, the skill-sets required to be a good actor are not exactly the same as the skill-sets required to be a good writer. But I never actually suggested that writers needed to be good actors, nor that an actor would be a good writer. Rather, what I suggested, and took a while to explain, is that in the process of trying to act, even for a bit, you learn something that is difficult for humans to grasp on a fundamental level: putting ourselves in someone else’s shoes. END_OF_DOCUMENT_TOKEN_TO_BE_REPLACED