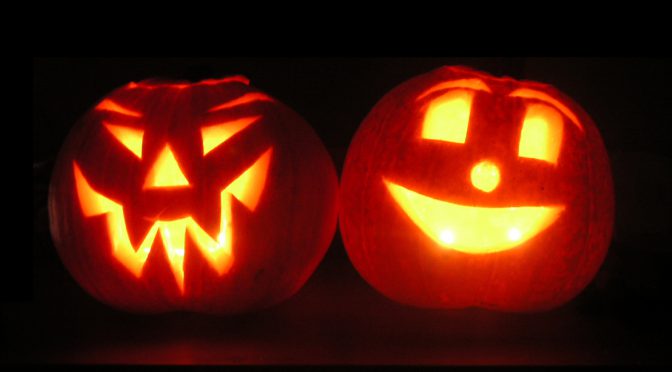 As October rolled around and the blog calendar begged to be filled with topics to write, I penciled in what seemed like a good topic for a Mythology Monday. Many people have long known the story of Jack O’Lantern, the poor condemned soul who would wander the world. But, thinking about the nature of the story and the usual way folklore twists and bends from other traditions, I wondered where that story originated. Was there a cultural significance to turnips? Were there stories from older cultures that reflected the story of Jack, maybe putting light to why you would mimic his carving and stick a candle into it? There were a lot of possibilities, so I thought, surely, this would be a cute entry for the Halloween season. 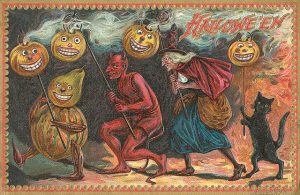 But what I found was actually kind of amusing in a whole different sort of way. Because what I found was that the story of “Jack O’Lantern” specifically didn’t seem to have an origin. First being told in the mid 19th century (a little after the practice of lantern carving became most common), the folktale appeared a little late to the party to be credited for the practice. Other stories of similar nature have appeared across Europe, all to account for the origin of what is most commonly known as the Will-O-Wisp, but the actual act of carving a turnip and using it as a lantern seems to be somewhat unique. Essentially, while you could find the origins for other versions of the will-o-wisp stories across the continent, “Jack” didn’t really seem to have one.

Now, that’s not to say that the name itself was just pulled right out of a hat. “Jack” has also long been a character used in many stories about borderline (and sometimes not so borderline) tricksters. Like the trickster spirits of other cultures, “Jack” is generally a clever but troublesome fellow who’ll use his wits to get out of situations. But as I was considering that, something occurred to me about why so many articles just could not figure out the when and how for Jack’s inclusion on the gourd carving practice in Ireland.

Because, you see, I believe we’re looking at the result of massive generational Trolling…

Stingy Jack and the Brits 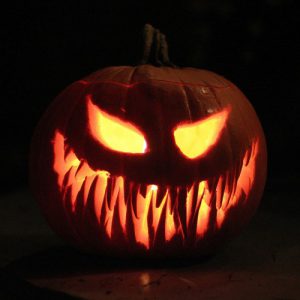 The first thing to get out of the way is that carving a vegetable into a lamp isn’t actually that new or unique of a tradition. Like some other elements such as stories of tricksters, the idea of dragons, or the belief that light is some sort of ward against evil, the carving of gourds is part of human nature. Though the Celts are given credit for it in the western world, the fact remains that even the Maori of New Zealand (literally on the exact opposite side of the planet from Ireland) have also been carving vegetable lamps for over 700 years. In fact, in the Maori language the word for “gourd” also means “lampshade”. So we can go ahead and just ignore the idea that the Celts were the first to think of it. But what the Irish did seem to do was introduce the practice to the Halloween tradition in the early 19th century, a generation or two ahead of the story of Jack O’Lantern giving the practice a name.

The original lanterns were actually pretty god damn terrifying and, while they were usually said to represent the dead or protect from evil, a lot of these little creepy things were carried around by pranksters in Halloween disguises. Where as the modern culture will have teenagers trying to scare younger kids, or egging houses, the Irish would use these little fuckers to scare the shit out of people instead. So, in large part, the practice was mostly for the fun of spooking people.

But, what of the story itself?

According to the folklore (introduced in the mid 19th century), Jack was a thief and a liar who believed himself to be incredibly clever. After being chased by townsfolk that he had been stealing from, Jack encountered the Devil who told him it was his time to die. Jack, thinking himself to be able to outwit the Devil, then made a deal with him to help him get back at the Christians in the village. The Devil agreed and took Jack’s bait before, one way or another, getting trapped by a cross that prevented him from escaping. In this situation, Jack forced the Devil to make a deal – let him live for a few more years and never take his soul to hell. The Devil agreed, got his freedom, and left Jack alone until it was his new time to die.

Jack eventually did die and came to find that his sins prevented him from going to Heaven and the deal prevented him from going to Hell. Upset by this, Jack stormed to the gates of Hell and demanded the devil pay him his due. He was given a hot coal from the pits of hell and told to get out. Upset by this but unable to do anything about it, Jack carved out a lantern from a turnip and stuck the coal inside, wandering the world by the dim glow of the ember from hell, seen from a distance as a will-o-wisp. He became Jack O’Lantern and the carvings have since been named in his honor. 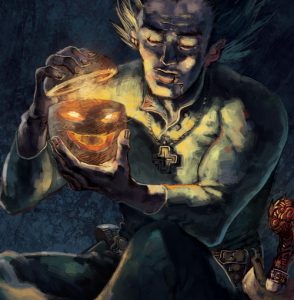 Now, at first glance, this seems like a perfectly reasonable Jack tale to be told by the Irish. But something stood out to me after seeing it a few times and thinking over the other stories that have featured the trickster Jack. The thing that stood out? “Jack” wasn’t common to Ireland or Irish tales, because Jack isn’t an Irish name. No, Jack tales come from the English and Cornish folklore, not Irish. And when you think about it, it makes sense. “Jack O’Lantern” doesn’t sound like an Irish name unless you’re mocking the Irish. It’d be like if a redneck called it a Juan De la Pumpkin.

But why would they do it?

Well, one of the earlier definitions of turnip lanterns says that it’s a carving used either to represent the dead, frighten away unwanted visitors, or to be used to trick foolish people. Other accounts say that Halloween “guisers” would carry one around to frighten people they thought less intelligent than them. The earliest adopters of these lanterns? The Irish. The second earliest adopters? The Scottish. And what did these two groups of people have most in common? 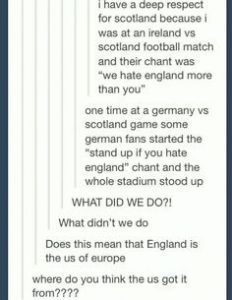 Yeah, they had a historically antagonistic relationship with the English. So if they were living in a region with English handy, they were very likely to trick the English with these creepy things. And the English, being bitter about it, would associate the act with Jack, the trickster, trying and failing to outsmart the devil. It not only explains why an Irish tradition would carry an English name, but why the tradition rose to popularity years before the story even became well known.

You see, Jack in English folklore was not exactly a “hero” in the classical sense. Jack itself was a diminutive of the name John, and the act of using the name was either to be cute or to trivialize someone. In the folklore, Jack is a lazy, shady person with no real worth to the world around him. Sometimes, he’s even painfully gullible and willing to believe anything, a stereotypical fool. And in many of the most popular stories of Jack, he’s a fool, a thief, or a rampant sinner who’s trying to get out of Hell by tricking the equally foolish devil. One story even begins with Jack O’Lantern being run out of town for stealing from everyone in the village. He was the worst of humanity and his story ends with him carving a turnip just like the Irish and the Scottish – the English carve beets instead! 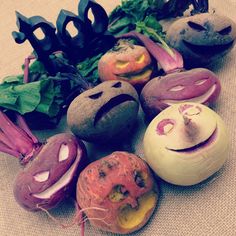 And then, as this tradition was beginning to take off, a lot of these people came to America and continued the tradition here. But the Americans offered two things that they didn’t have over on the British Isles – pumpkins and a child-like innocence. The pumpkins made the act of carving all the easier since they were roughly hollow and provided a larger surface to work with. And the innocence? While the Irish, British, Scottish and others stabbed at pumpkins with a little thinly-veiled hostility, the Americans were just amused with making their pumpkins smile. 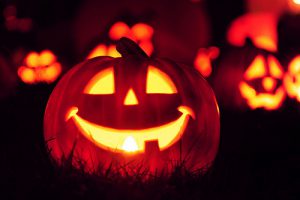 As a result, what likely started off as a round of gentle trolling took on a life of its own, going down in history as a vital part of Halloween tradition. With the passage of time, constant repetition of old stories and the removal of any underlying hostility it turned into the innocent and fun tradition it’s become. And while I can’t prove this is what happened, it’s a lot more likely than the Irish making a strange mockery of their naming conventions and attaching it to a man named Jack. Like with jay walking, paddy wagon, and many others, the name and the story that was probably once meant to be insulting long lost their meaning and became something we just don’t think about.

In the end, though, it doesn’t really matter anymore…

Because it stopped being about the origin a long time ago.

(I write novels. And I always carve a jack-o-lantern. You can expect me to share my creations this year on twitter, if I can get a good shot in the dark.)