Long ago, at a time when people didn’t necessarily understand what stars were, a few points of light were seen against the night sky moving independently of the rest of the heavens. Called planets, for “wanderer”, these points of light in the night sky soon took on greater meaning as we realized what they said about the shape of our world and our very universe. We’ve looked at them for ages now, studying their features and making rough guesses as to what they would hold, and for the greatest time we had expectations that couldn’t really have been met by the rocks in our solar system. 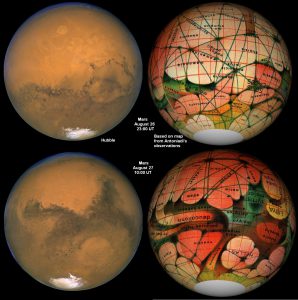 But over time we came to realize something far more profound. For every point of light in that sky that wasn’t a planet, there was another sun or a galaxy that we couldn’t have realized was there with the naked eye. And for each star there was a promise of more, of a near limitless supply of other worlds that could hold not just possibilities for ourselves but for others we’ve never met. The more worlds exist in this universe, the more chances we have at not being alone.

And, lately, that’s been looking a hell of a lot more possible… 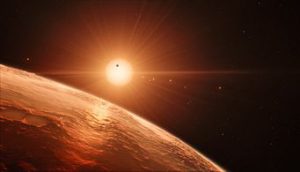 It wasn’t that long ago that I was talking about how great the news of Proxima b was because it meant that there was another world out there we could theoretically land something on. The idea of having a world in another solar system which we could get a probe to in as little as 20 years with the right technology is fantastic. And, while it’s difficult to know for sure if there’s anything on that world, even if it were a barren rock it’d be no less exciting than the prospect of going to a world like Mars. In fact, given its size, it’s a little more exciting than Mars, maybe even more than Venus. But the search for exoplanets is constantly producing new results and, unless you’ve already been living on Mars, you’re probably aware of the planets orbiting TRAPPIST-1. 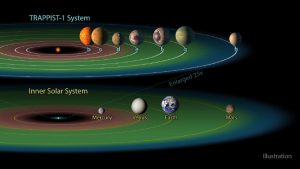 And, of course, the internet is in the usual cycle of one group saying “it has aliens” while another group replies, “probably not”. There are a lot of reasons either one could be right and all of it is fascinating, especially for a star that’s effectively in our neighborhood. First of all, it’s the first time we’ve found this many Earth-sized planets in a single solar system. Even here, where we know there’s life, there are only 4 terrestrial planets, three of those with an atmosphere, two of those with a gravity we’d be comfortable in and only one within the habitable zone. Given that we’ve got three in the TRAPPIST-1 system that happen to be inside the habitable zone – TRAPPIST currently wins on the planet side. As for the other side of the debate: it’s true that their proximity and the kind of star they’re orbiting means it’s entirely likely they’ve been blasted with radiation and had their atmospheres decimated. Given time, however, we’ll figure out which side has more extraterrestrial ground to stand on. 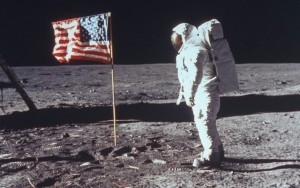 But I’m excited regardless of whether or not those planets are tidally locked and blasted to barren rocks. It’s not the fact there’s seven rocky planets around TRAPPIST-1 that makes any of this exciting, it’s the fact there’s seven rocky planets around any star that makes it fantastic. This is especially true given their density and the fact they’re close enough to each other that they would be as visible as our own moon is to us. The idea that rocky planets could form that close together at all is astounding to say the least, and the implications of such a system are particularly fascinating for writers like myself. Their proximity makes it so close that a race as advanced as our own could have easily traveled to every planet in their solar system, landed on it, and established some sort of colony or observation post. Moreover, their system is so full of potential that, in turn, it shows how much potential could be found elsewhere.

We know there’s a universe full of stars and those stars come in all shapes and sizes. And now, for the first time, we have confirmation that planets like our own could be not only possible but plentiful around those stars. Imagine if it were a slightly bigger star, one closer to the size and type of our own, and the planets were further out than they currently are. If that happened we’d know, almost certainly, that at least one of them would have water on it. By finding those seven worlds sitting so close to each other, it’s one more solid piece of evidence that worlds like ours could be everywhere.

Sure, it’s true that the heavens have been quiet so far. SETI has been spending a great deal of time staring into space and wondering just why they haven’t gotten a response, but there are plenty of reasons why the skies could be silent. We’ve only scratched the very surface of our universe in terms of the search, scanning only a fraction of a fraction of the heavens (only a few thousand stars in a galaxy of 100 billion) and we’re still just refining our ability to even know which stars to really look at. And now, because of this discovery, we can see that, once again, it’s unlikely we’re alone in this universe. Maybe they’re not on par with us yet, maybe they’d be impossible for us to understand, but somewhere out there, someone else is looking up and realizing that they might not be alone either. 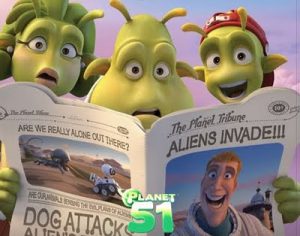 So, whatever side of the debate you fall on for TRAPPIST-1, you have to admit the discovery is pretty exciting. It’s only a matter of time now before we find one that’s perfectly suited towards things we would consider life. Maybe we’ll find a place to call a second home, or locate a world with the chemical markers for organic life. Maybe we’ll spot the first broadcast signals of another race, or maybe even the last. It’s seemed so far away, especially to those who believe in the Fermi Paradox, but now it seems almost inevitable.

Even if there were a great filter, or if life like our own were rarer than we’d like to believe, this discovery tells us that the numbers are still in our favor. Within 40 lightyears of us we now know of a handful of worlds in habitable zones that we could actually land on, a clutch of worlds located essentially next door in cosmic terms. Imagine how many that must translate to in the rest of the galaxy, the rest of our universe. Even with the most pessimistic of views, it’d be hard to believe that we could have so many countless planets and have nothing on any of them. So as I see news of so many potentially Earth-like worlds, even if they’re not hospitable, I have to think…

There’s a chance someone else is looking right back at us… somewhere.

(I write novels and tweets. Hopefully one day in the distant future they’ll all be available in an alien language so I can have a sizeable alien fanbase – or at least argue in 140 alien characters.)